I jumped on Seamlessweb to see what was in my delivery zone and the first one that caught my eye was Blue 9 burger. So I placed my order and 20 minutes later my food arrived. 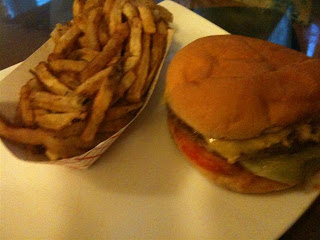 I really love getting food delivered. It’s awesome how with just a few clicks of your mouse you can get a piping hot meal in minutes. You don’t even have to speak to anyone any more! It’s crazy! 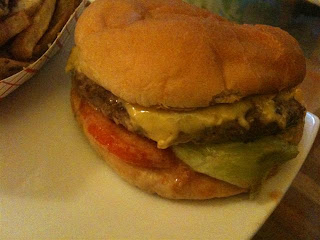 Anyway my Blue 9 Burger arrived wrapped in the same style as a Shake Shack burger and about the same size. That’s where the similarities end however. Where a Shake burger has that clean crispy char Blue 9 goes strictly for the greasy fast food style burger. The meat was dangerously juicy and perfectly cooked to pink medium rare. It was no Shake burger but it was pretty darn good. A great alternative when I don’t want to wait in that line. 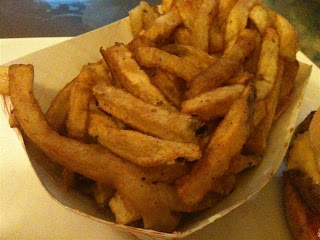 The fries were pretty disappointing though. They arrived super limp and a little soggy. I’m not sure if they had been sitting out a while or if that’s just how they cook them there.

However I was much more into the burger so I was a happy girl overall. The best part is that Blue 9 is open late. I can definitely see myself chowing on these after some beers on the weekend.
Blue 9 Burger