January 14, 2008
So Mr. T was dying for some soup dumplings this past weekend so we headed down to Chinatown to indulge. Our first stop was for me though as I was wanting some Bubble Tea. We stopped into Vivi Bubble Tea. This place is a girl's paradise! Everything inside is pink and they play some really poppy Japanese music. The girls behind the counter are just like the store- cute, bright and bubbly. They had tons of flavors and I had trouble deciding what to get. I finally settled on the Chocolate Mochi Bubble Tea. 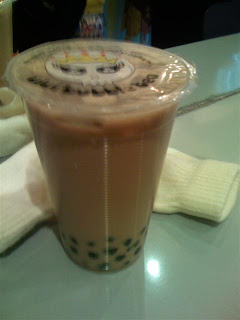 The neatest thing about the tea is the lid. They slap a plastic film on the cup so you just have to poke your straw through like a Capri Sun kind of! The bubble tea was pretty good. Next time I would get a regular black bubble tea to see how it compares to other ones I've had.

Next we walked over to Joe's Shanghai but of course there was a line out the door. We didn't feel like waiting so we went back over to Bayard Street and got a table at Yeah Shanghai.

The outside is pretty crummy looking but the interior is quite nice. 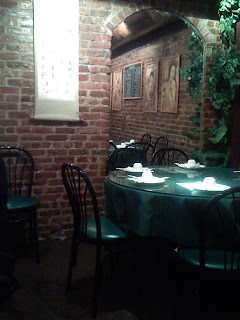 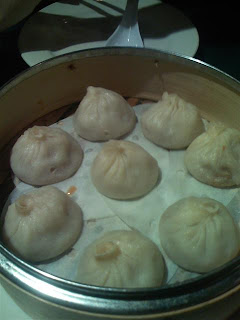 These were piping hot and delicious!!! You have to be careful when you eat these things or you'll get burnt. The trick is to bite off the top and let the steam from the dumpling escape. The you just pop the whole thing in your mouth. 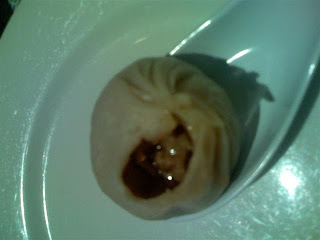 It's really crazy how they get so much soup inside a little dumpling.

Next came the tiny fried buns. I'm not ure why these are called tiny since they were anything but smalls! They were huge!!! I really liked these. The tops were a little salty and the bottoms were fried crispy. 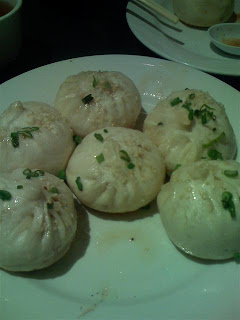 These were basically just a bigger version of the soup dumplings except that the soup got absorbed into the dough of the dumpling. 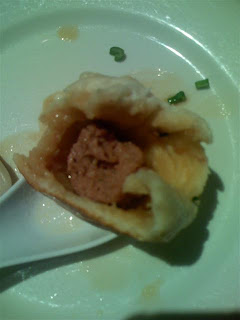 The pork was delicious!!!! Yum!!!! We were so stuffed we had 3 buns left over and couldn't even think about finishing them.

Then they brought us the check and I couldn't help but laugh. See what they gave us with it? 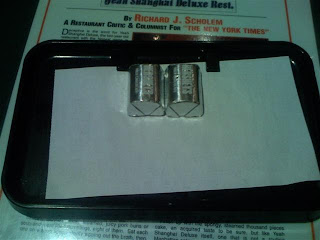 Hershey's chocolates!!! No fortune cookies or Chinese dessert but Hershey's! Now I love chocolate so it was a nice surprise but I just found it comical.

Anyway for $9.50 for everything Yeah Shanghai cannot be beat. I wish I lived closer to Chinatown. I'd be full every night for a lot less money!
Yeah Shanghai