March 08, 2017
Day two in Brussels I woke up finally feeling a little better but far from healthy.  Being that I usually bounce right back from things this was quite shocking and I started  to think I just may feel this way forever.  As I began to nosedive into this terrible reality I created Mr. T made an extremely rational observation that pulled me back- maybe my stomach pains were being intensified by hunger pains. I hadn't eaten a thing since that night in Paris so this made a little too much sense. I immediately ran outside and grabbed one of the safest and greatest food items in the world- the classic Belgian Waffle. 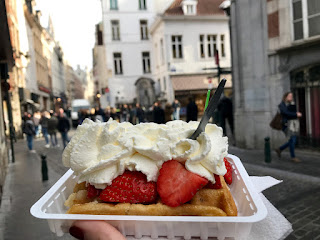 Light and fluffy with that caramelized sugar coating outside and some fresh strawberries on top.  This was exactly what the doctor ordered!  I finally felt okay enough to leave the apartment for more than just a block or two. We had planned to take the train out to De Heeran Van Liedekercke for a leisurely beer lunch that day but obviously I wasn't ready for something that big so we stayed in Brussels and checked out the Moof Museum instead. 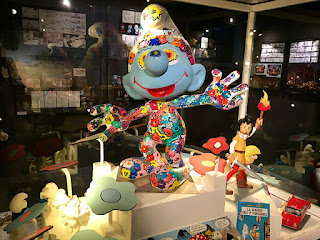 The Moof Museum is right on the edge of the Grand Place and houses a huge collection of comic book memorabilia from all over the world.  I really wasn't sure if we would like this place but it was quite fun.  I loved the Smurfs growing up so it was cool to see all the colorful statues and paintings dedicated to that including a replica Smurf village.  They also had old game consols like Atari and GameCube that were fun to play.  It was a really delightful way to spend the morning.  After the museum we walked around Brussels a bit then settled into lunch at one of my old favorites La Mort Subite. 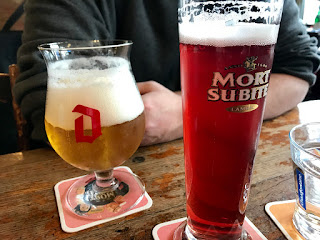 I absolutely love walking into this gorgeous old tavern.  It's been passed down for four generations and the interior still reflects the style of Louis XVI and 20th century Brussels; tall golden ceilings held up by big stone pillars, large stained glass windows and a lively lunch crowd served by dapper waiters dressed in maroon vests and black bow ties.  I was so happy to be sitting there again I decided to try one of their glorious house beers the Mort Subite Framboise.  Unfortunately my stomach was still in shut down mode so I passed it off to Mr. T and munched on their simple but delicious Croque Monsieur instead. 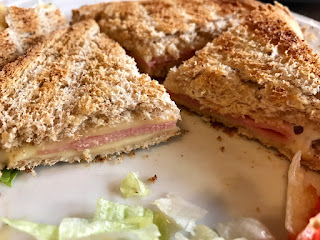 We were kind of at a loss as to do what to do after lunch.  This is the problem when you plan a whole vacation destination around beer and then can't actually drink any. I was so close to feeling better.  I just needed some sort of medicine.  That's when my father's voice popped into my head touting the health benefits of tea. 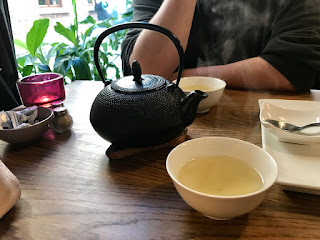 A quick google search later and we found ourselves at the cute and cozy Pepper Mint Tea Room with a steaming pot of matcha, ginger and lemon tea drizzled with honey. I could honestly feel my stomach pains start to melt away with each sip and by the end of the pot I was feeling the best I had in days.  Onto Cantillon Brewery!