March 11, 2014
I had a moment last week where I decided I would just about sell my soul in order to eat the incredible dish I was enjoying again.  A dish that was so rich and so creamy I honestly think I had an out of body experience.  It all began at SD26, a restaurant located just two blocks from my apartment and the last of my Winter Restaurant Week meals. Let's start with the wine list which comes to your table via a neat little iPad. 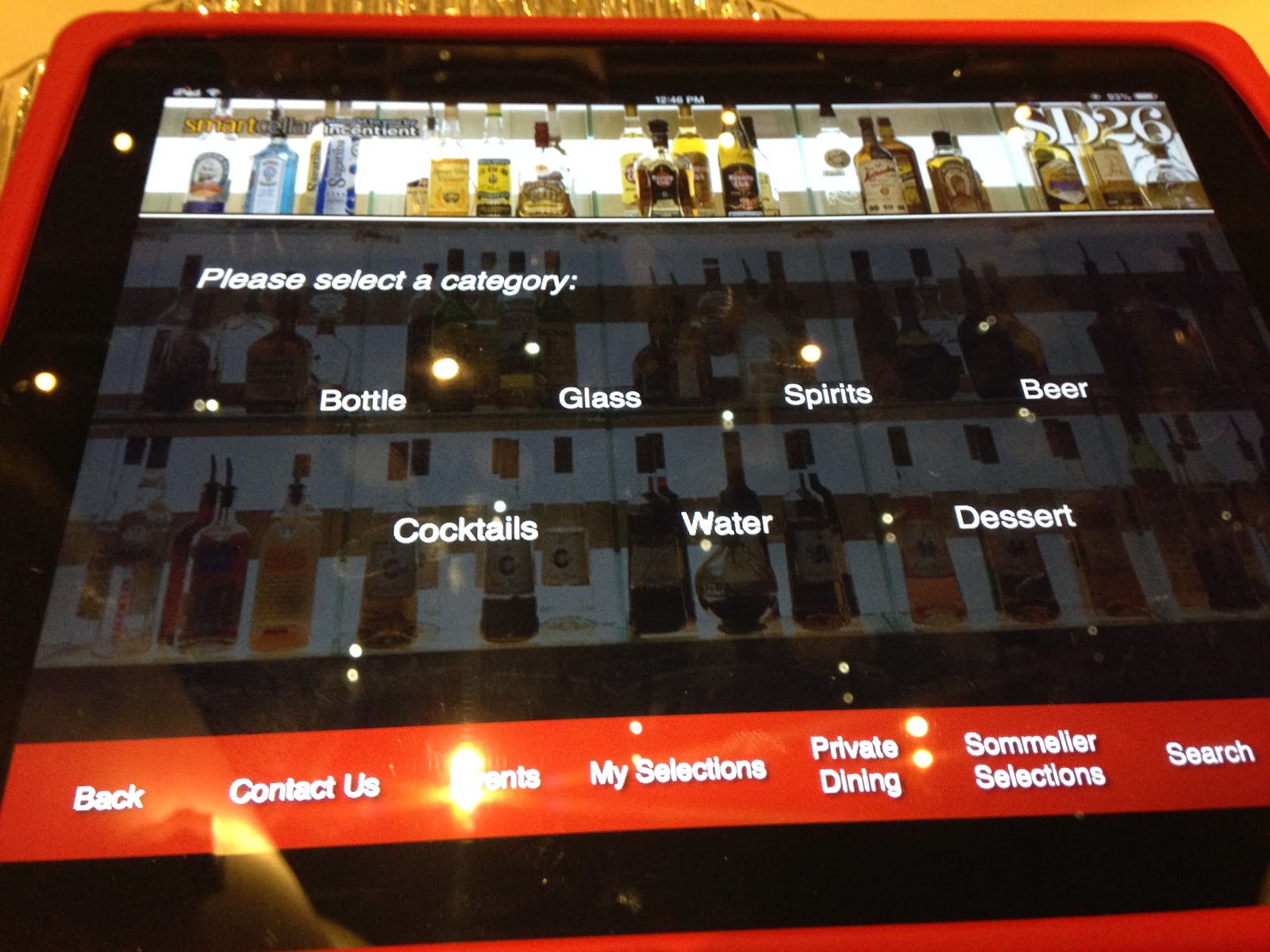 It was fun reading about each wine without having to discuss preferences with a sommelier and certainly less bulky than a mammoth wine book. 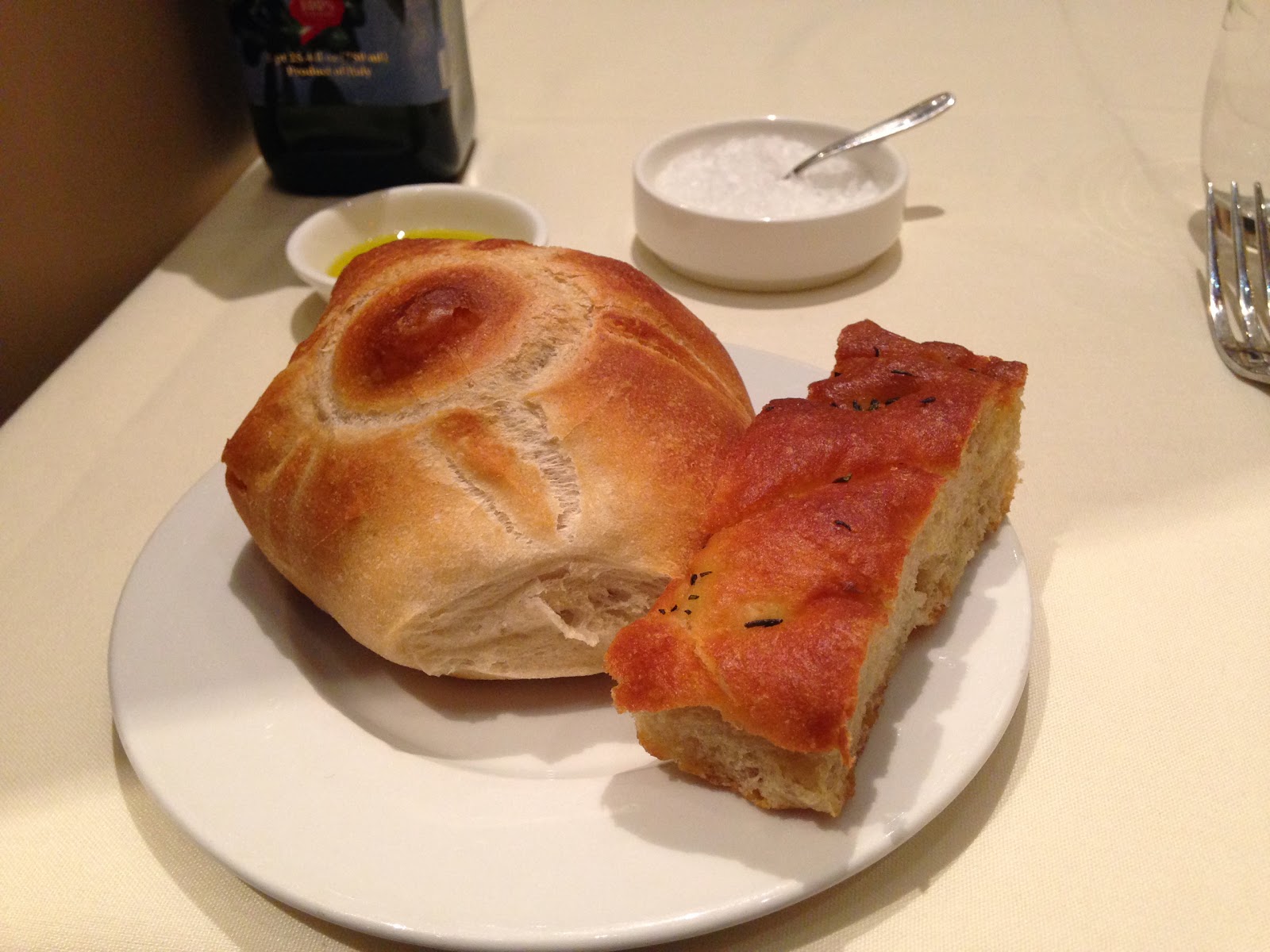 Bread service was a big crusty white roll and a fluffy slice of foccacia.  Both were good but nothing earth shattering.   Then lunch took a turn...from far away I could smell the incredible aroma of white truffles wafting through the air.  I turned around and saw my server at the base of the table setting down one of the most gorgeous dishes I've ever seen in my life- the Uovo. 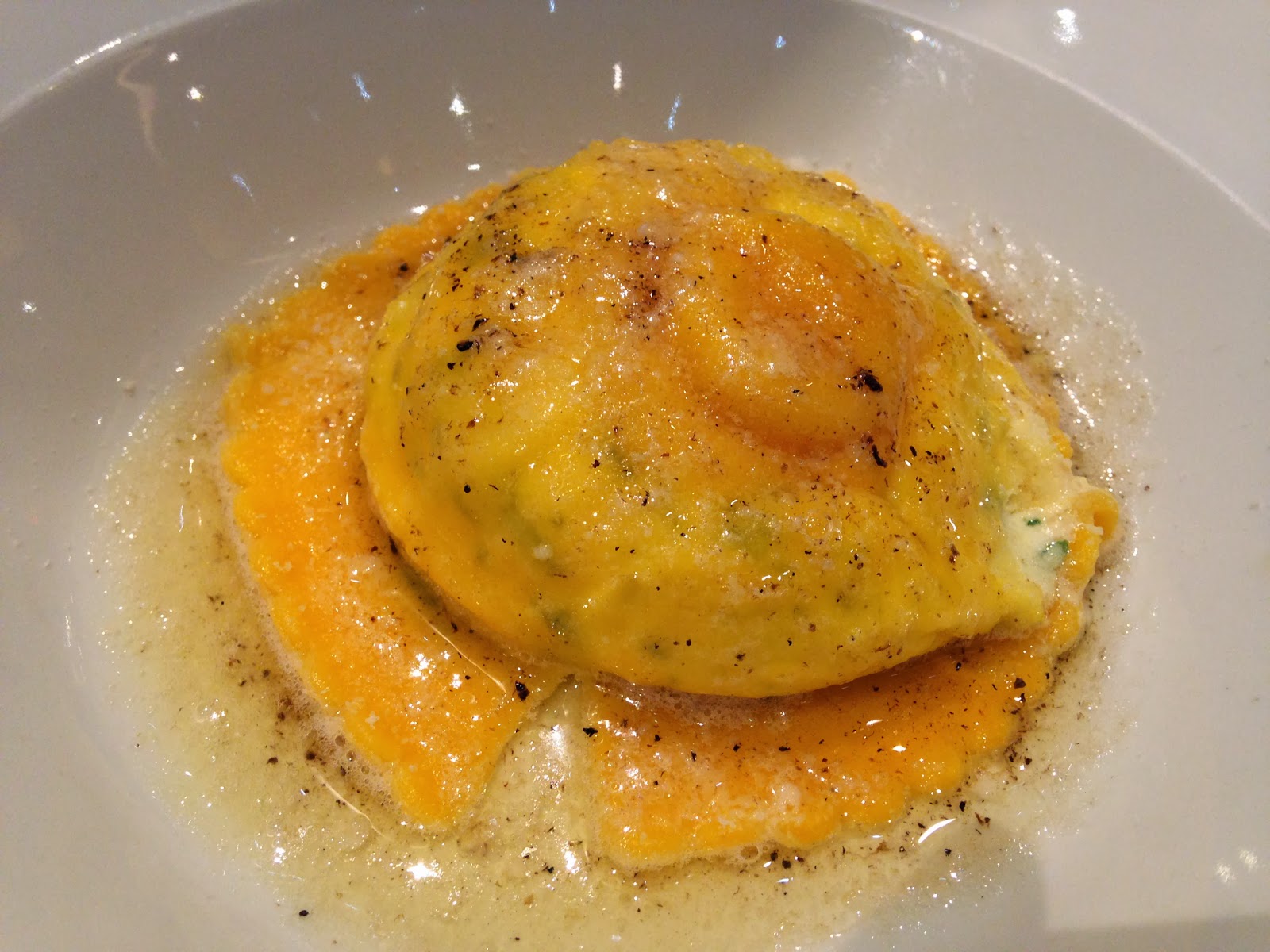 I honestly had to take a moment and just soak this all in.  The smell was so incredible I didn't even want to touch the plate.  When I finally did it was with the utmost care; slicing through the ravioli and letting the gorgeous yolk drape each around the bowl, encasing the creamy sheep's milk ricotta cheese in an embrace that can only be described as sexy. 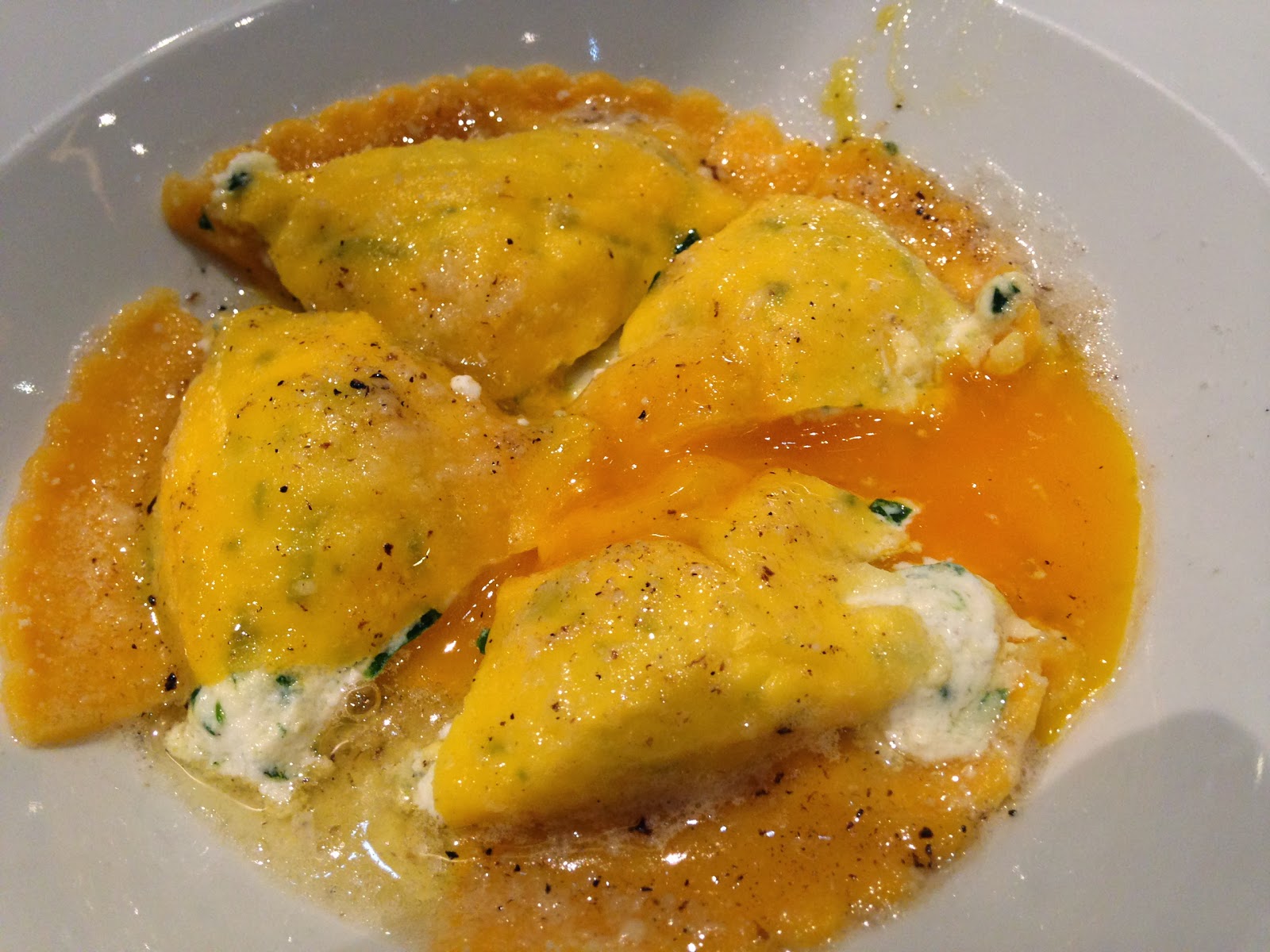 One bite and oh my lord this was just glorious! I felt my eyes close and went into a far away world where nothing else mattered except me and this dish. It was so buttery, so rich.  I'm pretty sure I had my very own "When Harry Met Sally" moment right there at SD26. It was that amazing.

When I finally finished the Uovo and came out of my insane food lust the entree arrived.  Unfortunately the Seared Diver Scallops didn't produce quite the same effect. 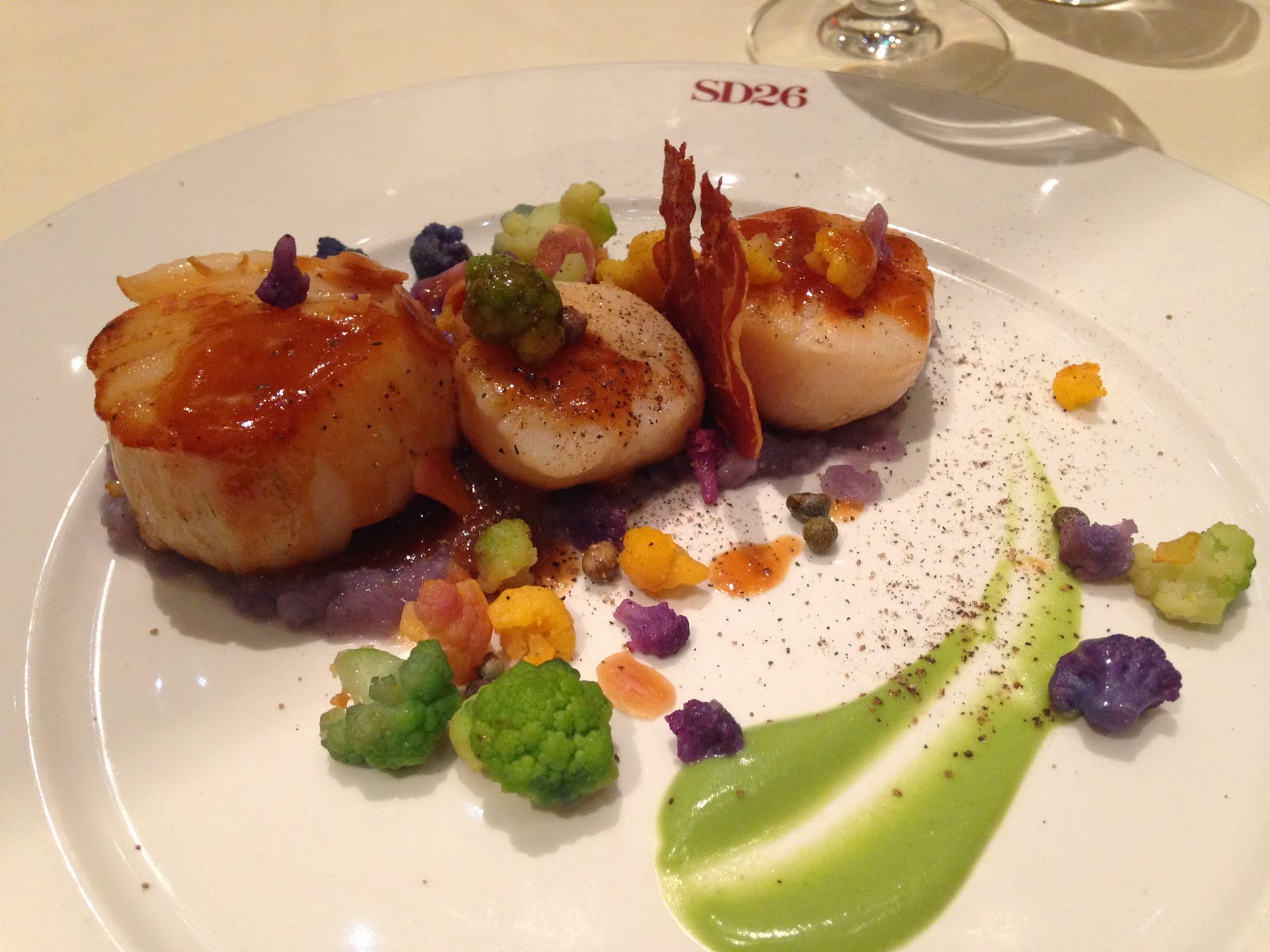 They were cooked well but the entire dish was a scattered mess.  There was a strange purple mush beneath everything that I couldn't quite decipher and the sprinkling of almonds and cauliflower just seemed more like a distraction than a cohesive unit. 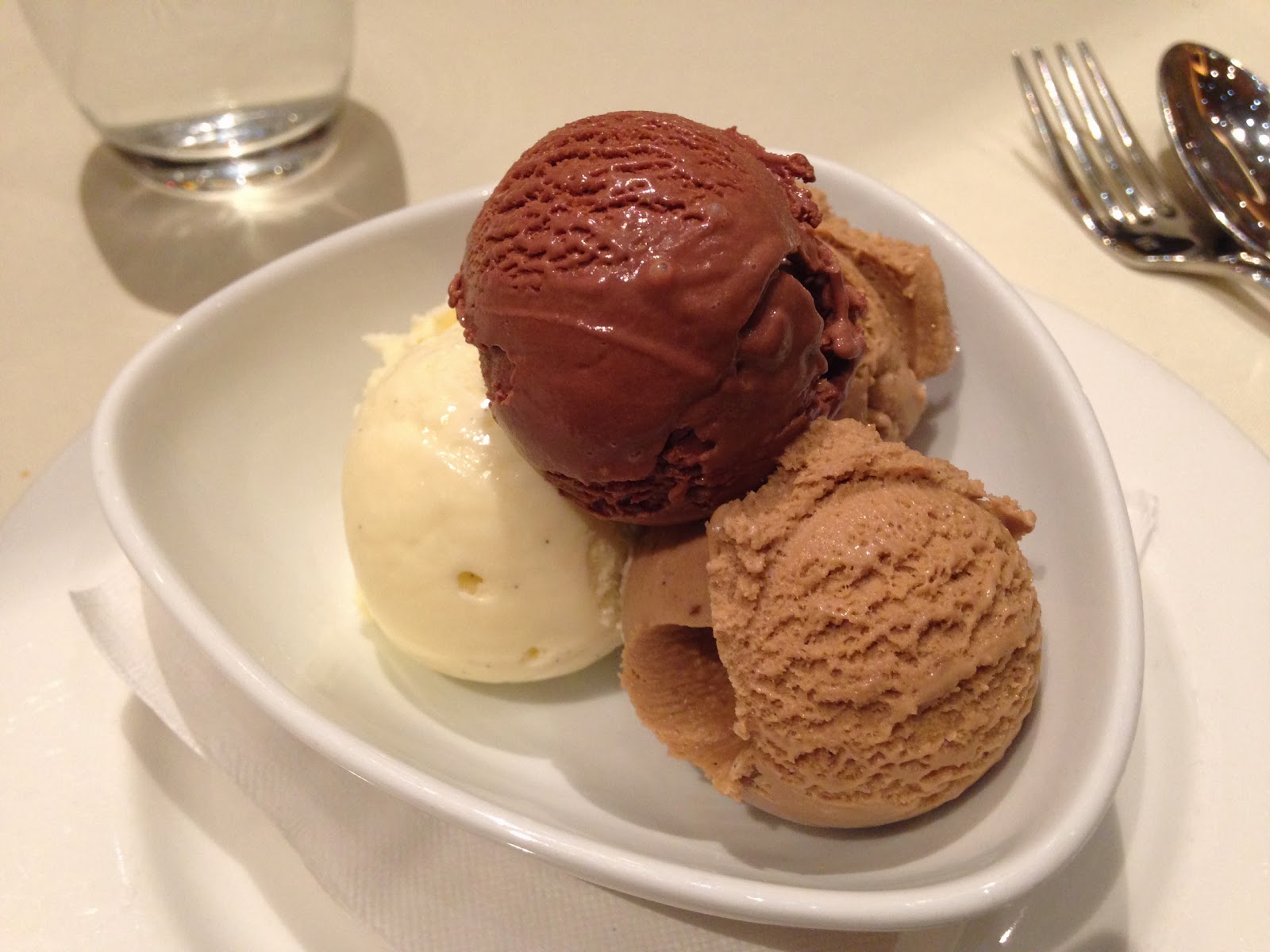 Things got back on track with dessert.  I skipped the tiramisu and panna cotta for a big bowl of gelato- vanilla, hazelnut and two scoops of espresso!  I've said it a million times before but I'll say it again, every meal should end with espresso gelato.

So that closes out Restaurant Week for this winter.  I only made it to two places but both were exceptional.  Let's hope this means winter is finally over!