March 28, 2014
I was so psyched when I heard Otto's Tacos was doing a special Buffalo Chicken taco last week.  I had been dying to check out this Mexican joint and here was the perfect opportunity.  I showed up late afternoon, happy to see it was quite empty so I could order the off-menu Gorgon.  It only took about 10 minutes for my order which I asked to have wrapped to go so I could share with Mr. T.  I raced home,  excited to try the wonderful tacos but when we opened up the first box I saw total disappointment. 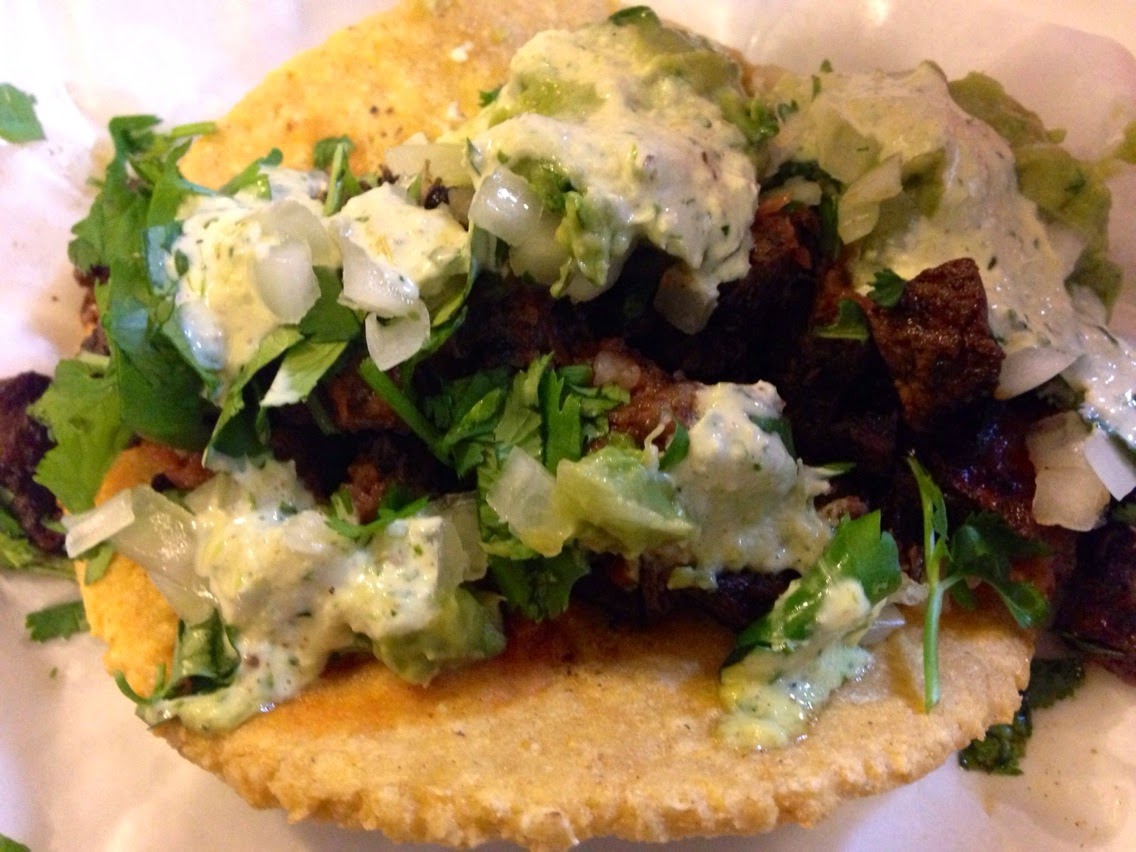 I had asked specifically for no cilantro on any of the tacos because of his allergy but as you can see the Gorgon was covered in the green stuff.  It was unfortunate too because I really thought the fried shell was  tasty and I loved the guac and serrano-chili crema on top. Oh well now I had two gorgons for myself so we moved onto the Buffalo Chicken taco. 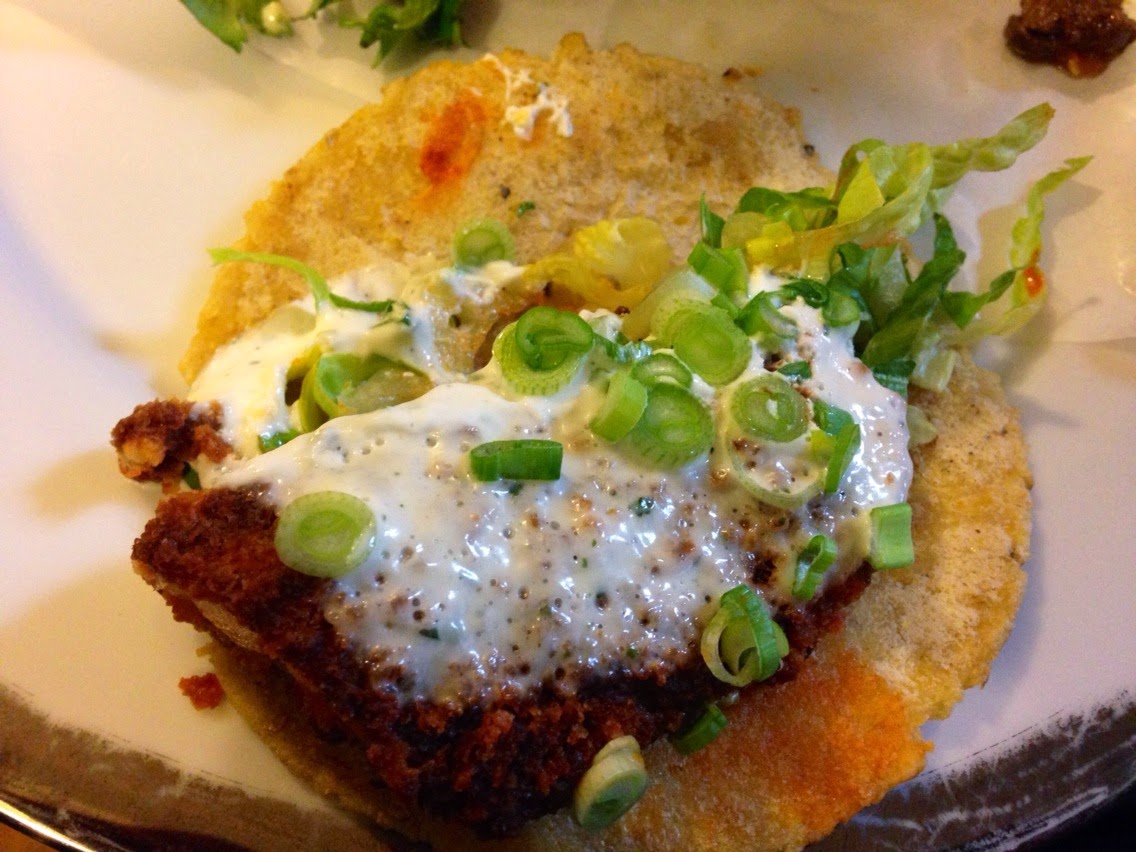 The chicken here tasted like it had been fried hours before and then re-fried causing hard edges and dry innards with very little flavor.  Not exactly what I was hoping for...we moved on to the final box of Carne Asada tacos. 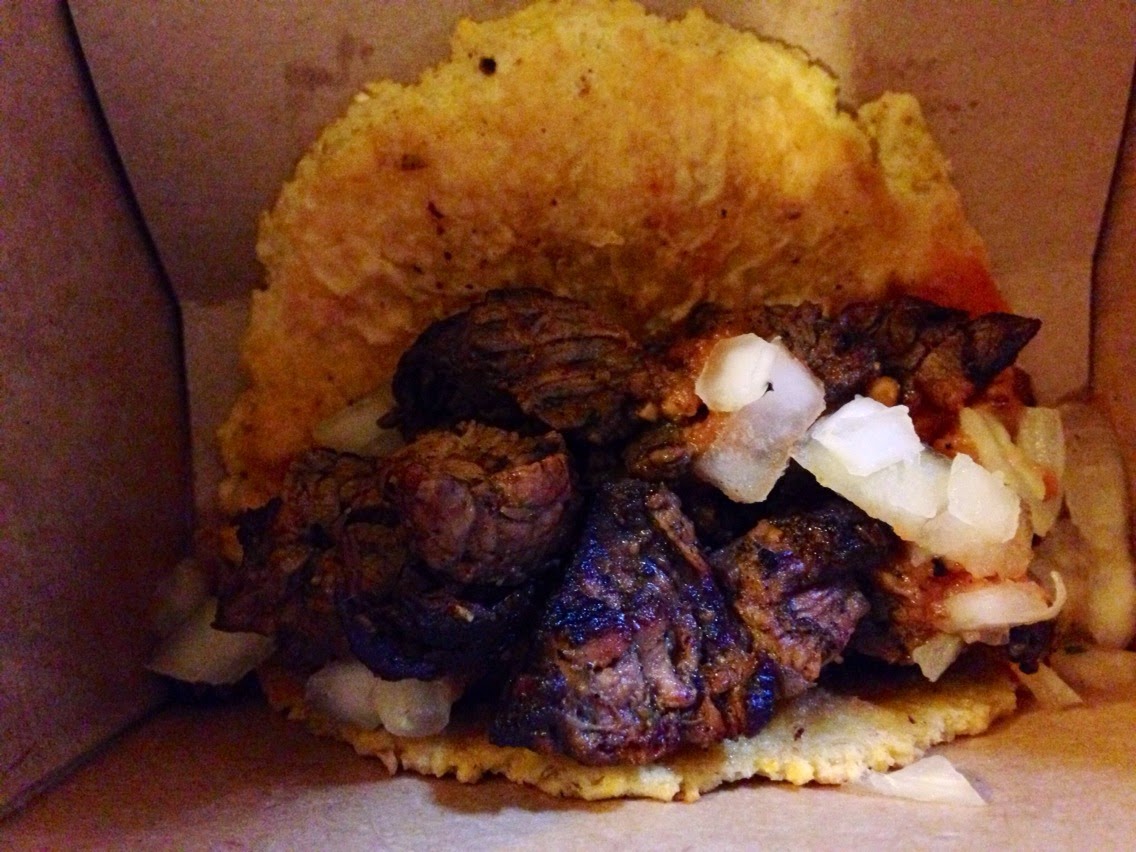 Ugh...two big spaces, one small taco...apparently the other one got lost in the mix somewhere.  So my Otto experience was an overall let down.  It kind of matched the mood I was in anyway after losing all my bets on March Madness games.  Maybe I'll have better luck in both this weekend!