February 09, 2014
Mr. T and I were on a search for food Saturday afternoon and after getting told the wait at Gramercy Tavern would be about an hour we took a chance next door at Trattori Il Mulino.  I've never been a huge fan of the regular Il Mulino.  The pasta is amazing but the prices are just absurd.  I could get pasta just as amazing at Babbo or Eataly for about half the cost. 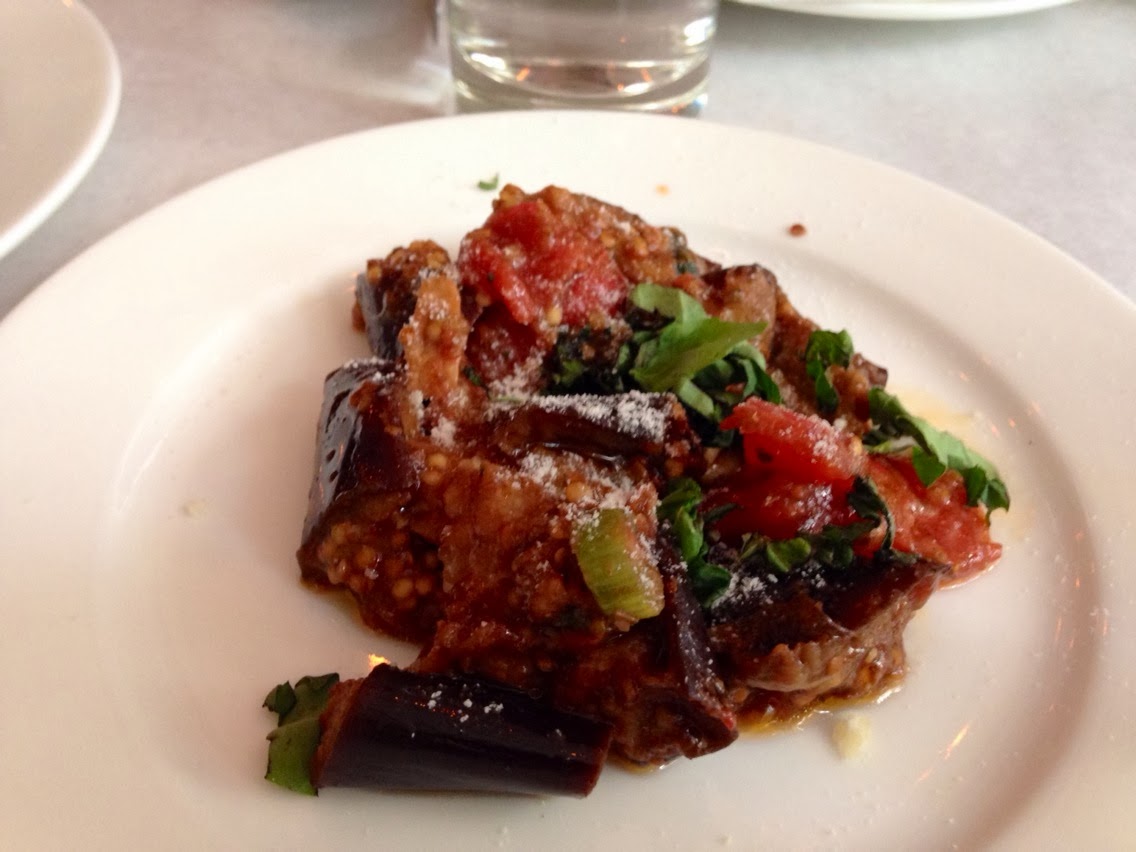 The prices are a bit  more reasonable here and the setting is much more casual.  They started us off with some complimentary appetizers.  A roasted eggplant dish that Mr. T surprisingly loved... 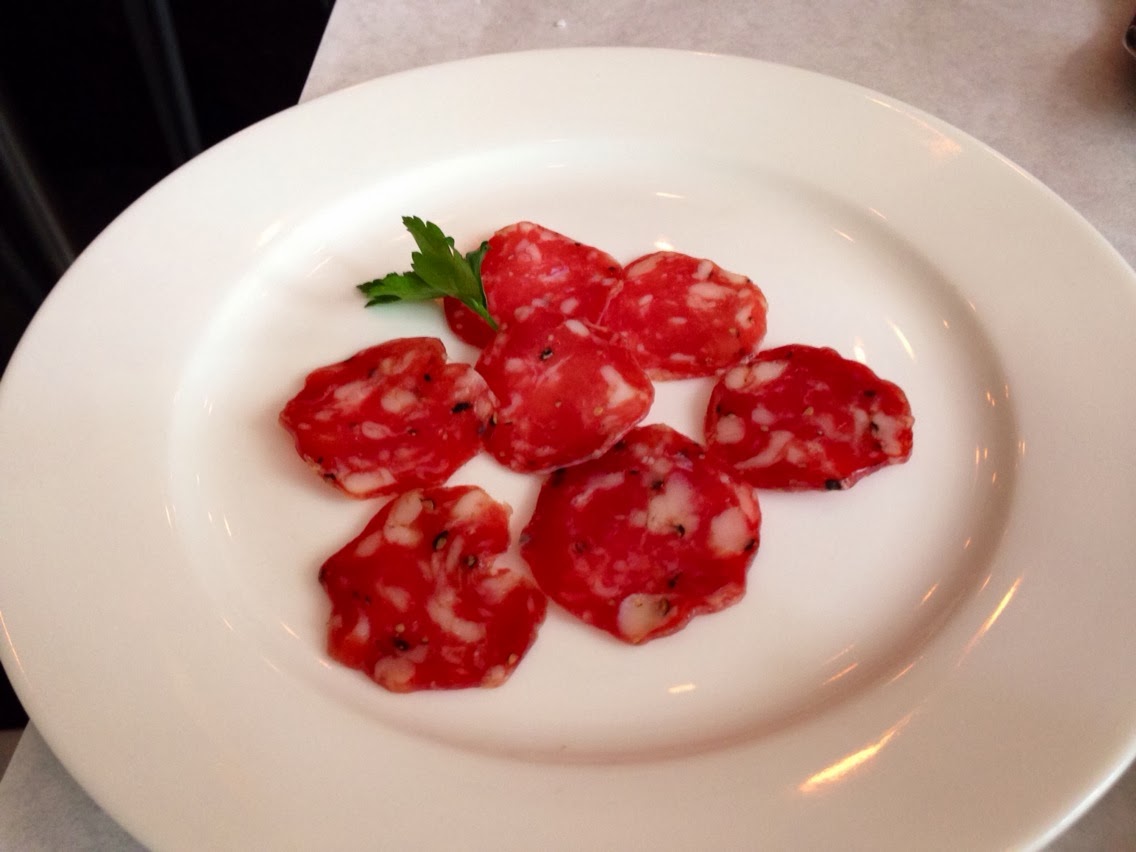 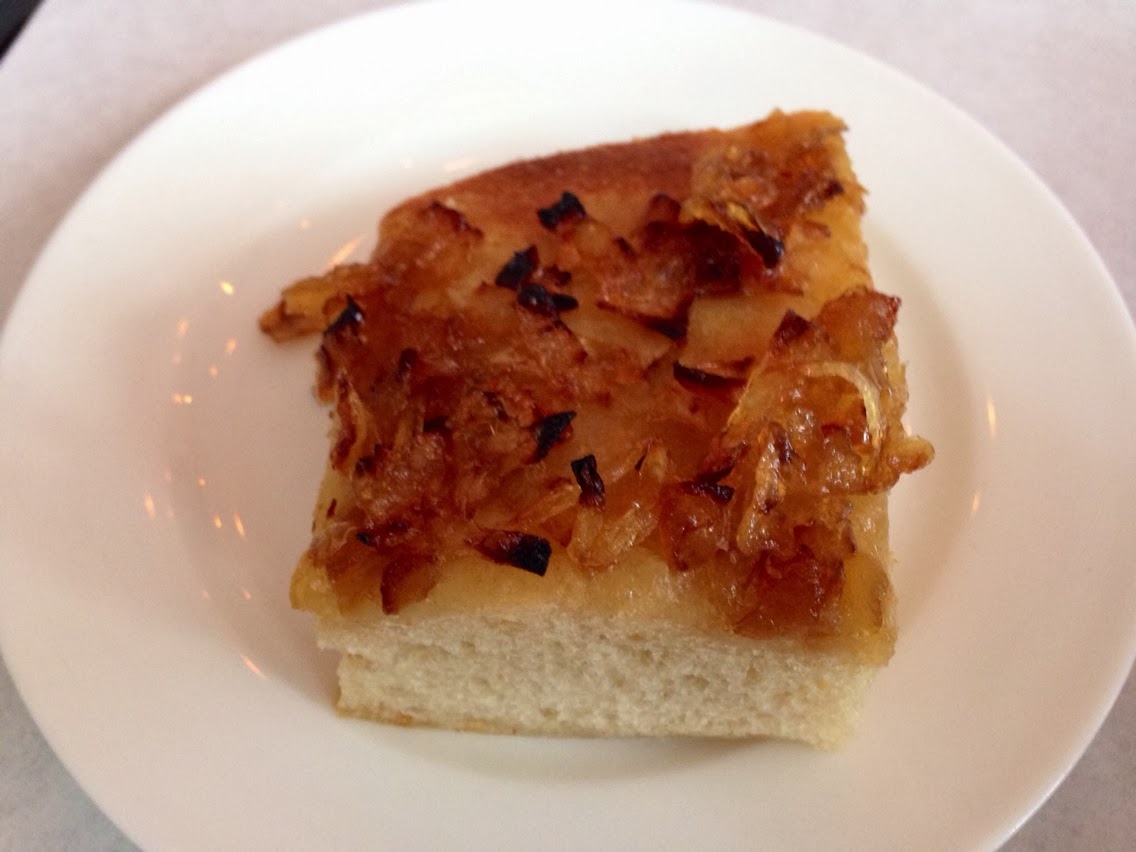 ...and a buttery sweet onion focaccia that was damn near perfect.  For entrees I went straight for the Uova Ricotta. 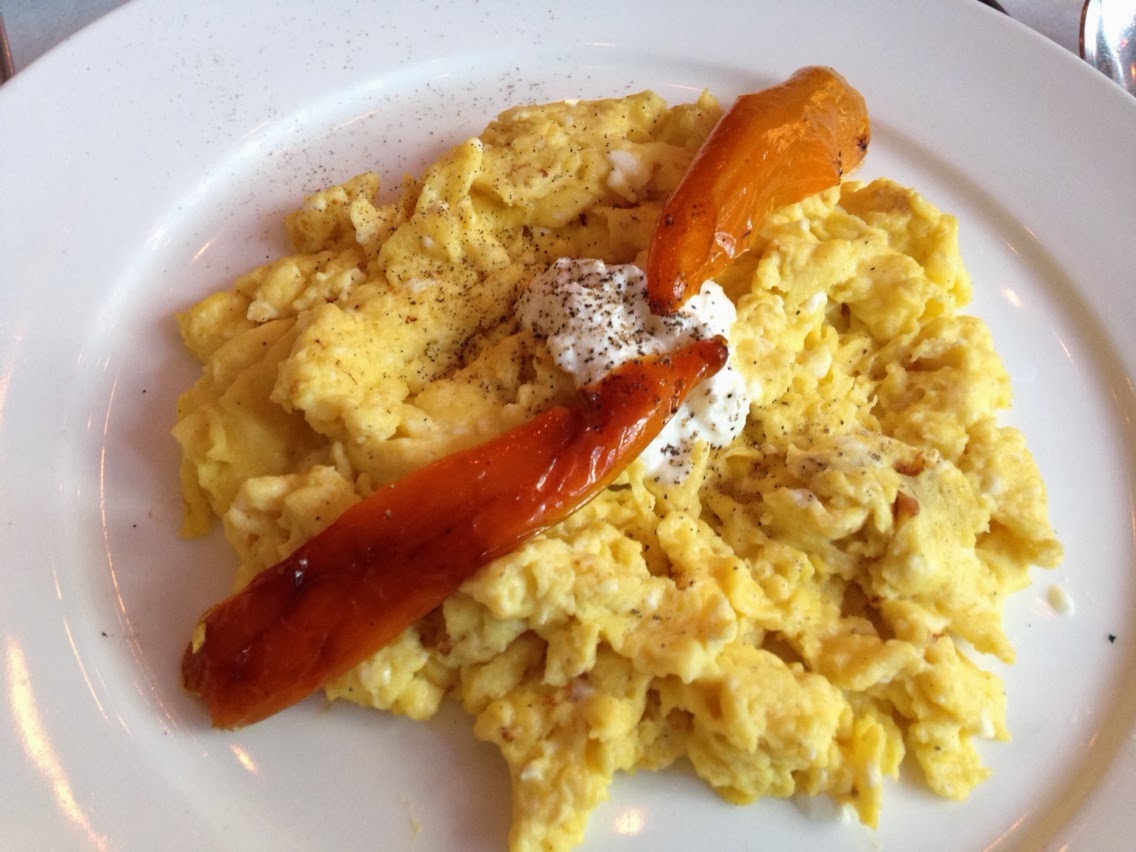 The eggs were scrambled soft with a creamy dollop of ricotta cheese in the middle and some sliced peppers on top.  It was simple and delicious.  Onto Mr. T's entree Fritatta Di Capellini. 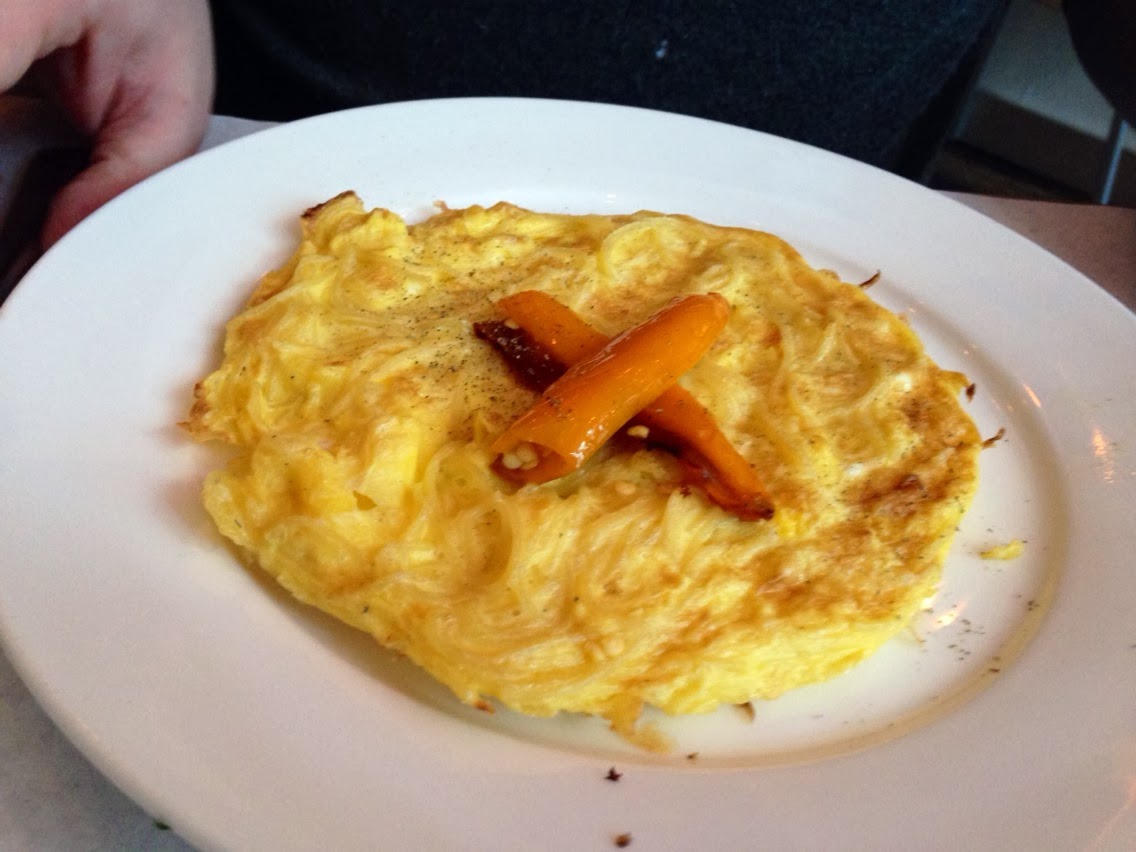 Both of us were pretty surprised when this arrived...the angel hair pasta being cooked inside the fritatta.  I believe Mr. T's exact words were "Is this really a thing?"  It was not exactly a successful dish. 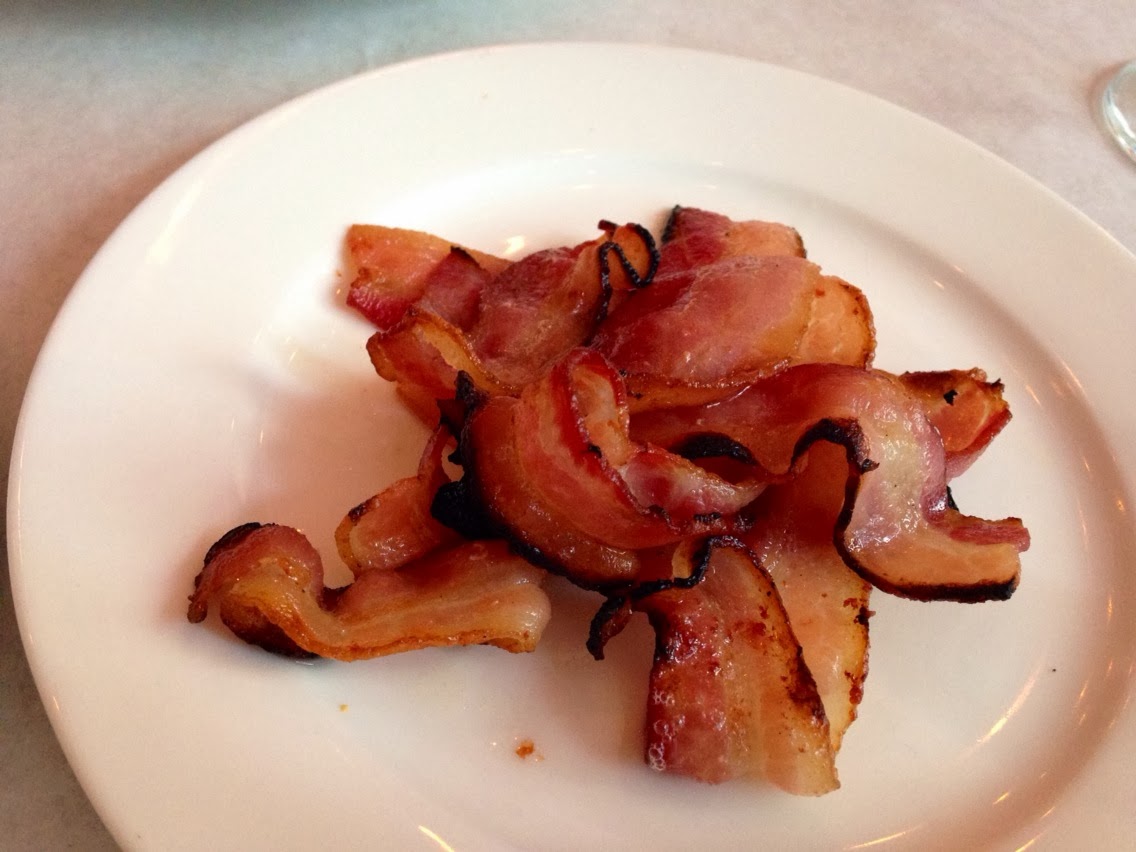 The double smoked bacon was also a let down.  It was slimy and limp with almost no smokiness much less double.  Luckily we each got a free Bellini with our entrees which helped make the bacon a little less disappointing. 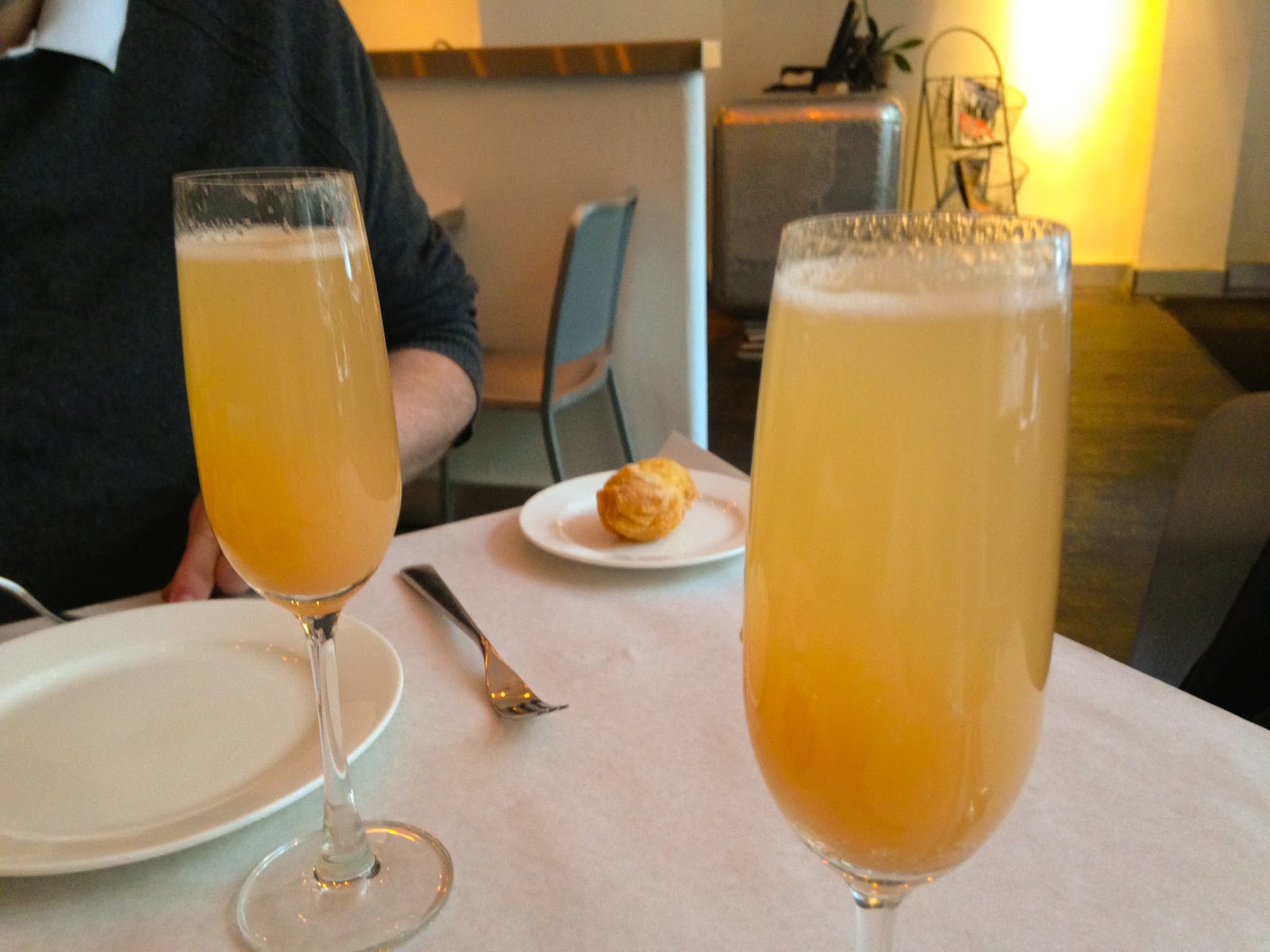 The restaurant was basically empty the entire time we were dining.  When spots like the fabulous Veritas are closing right nearby I wonder if this place has the stamina to stick around for a while.  It will be interesting to see what happens.
Trattoria Il Mulino
brunch Trattoria Il Mulino