November 08, 2013
One of the final stops on my trip in Western New York was at the brand new Hamburg Brewery Company to check out their opening day. 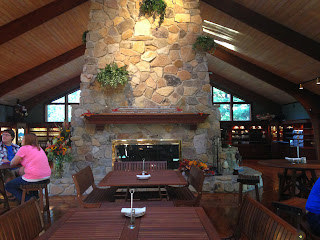 This place is absolutely gorgeous with a huge stone interior, big wooden tables and a patio outside overlooking a beautiful pond. 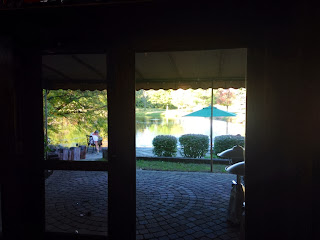 The bar is up front in the middle and the brewer himself was on hand that day answering questions. 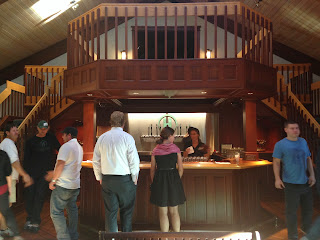 Since it was opening day and we never had a Hamburg Brewing Company beer before we decided to go for a sampler. 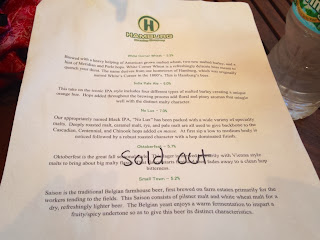 They were already out of the Oktoberfest when we arrived which made the choice of four easy...the Wheat, IPA, Black IPA and Saison. 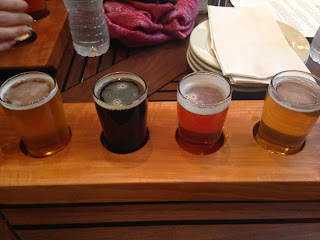 They were all tasty beers with the Small Town Saison probably being my favorite of the bunch since it had a bit of funk on the end.  None of the beers were overly hopped or spiced in any way which would make them approachable to someone who isn't a huge beer drinker. However that also means they weren't exactly exciting.  I'll be interested to see how this place does over the year.  The space is incredible so I could see it be great for private parties over the holiday season, but I was absolutely shocked by how much merchandising they were already trying to sell.  T-Shirts, glasses, posters....who makes this much stuff before the beer has even been discovered?  I hope they take more time to focus on making the actual beer product.  I would really like to see some more great breweries up here.