Checking In at Parm

November 21, 2013
It's been almost a year since my last meal at Torrisi offshoot Parm.  I had to cut myself off after becoming a bit obsessed with their hot, crispy mozzarella sticks and creamy Saratoga Club.  I went cold turkey after finding myself at the counter three days in a row.  Well my addiction has been somewhat subdued and I decided it was time for a return. 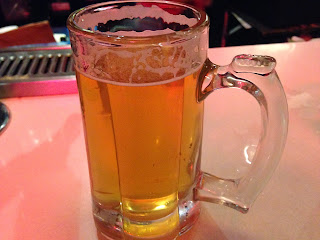 I began with a blonde ale from the folks over at Alphabet City Bar on Avenue C.  It's always nice to see a local beer in a restaurant and this was light and refreshing.  I had been dreaming of the sticks and club but I was a little worried about my addiction returning so I skipped my usual order and went for the Chicken Parm.  Can you believe I've never had this here before? 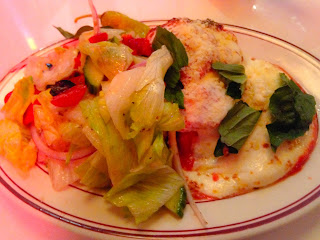 I asked for no bread so my platter arrived with two pieces of chicken, breaded with flavors of onion and garlic, mozzarella cheese melted to a toasty brown and doused in tangy tomato sauce. 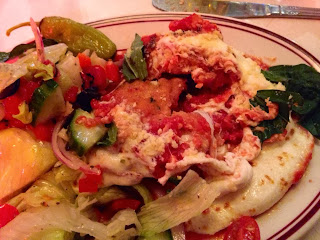 This was delicious, the chicken was spiced just right and the fresh mozzarella brought this dish to another level.  Much better than any chicken parm you can find in the red sauce joints around Little Italy.  The small salad on the side was tasty but more of an afterthought. Be aware this is quite a pricey dish...at $17 for the platter I could have used a little pasta on there or an extra piece of chicken.  But maybe that sticker shock was good for me.  I haven't returned and it's been almost a week:)