November 25, 2013
Thrillist sent out an email revealing the best wing spots in the country and Mudville 9 was on the list.  I was shocked. How had I never been before!  I raced out of work that afternoon, hoping to beat the lines of people that would inevitably be filling the bar after reading said email.  I hopped on the train downtown, rushed in the door and found...a dank empty sports bar.  I guess I was the only one that received the email that day. 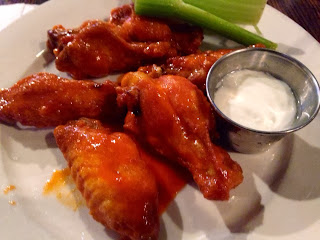 Although the bar wasn't exactly what I expected at least the wings were tasty.  The guys got one thing right-the hot wings are pretty awesome.  They come really crisp and super saucy with a buttery, spicy coating that has just the right amount of heat...not too much that my eyes were watering but just enough to start sweating after two or three.  I also loved the fact that you could order in increments of five and try out a variety. 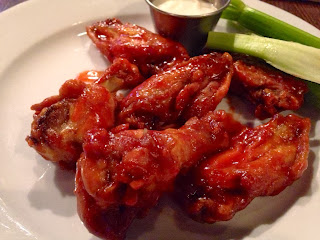 Unfortunately my second choice was no where near as delicious.  The Honey Butter BBQ sauce was smokey, much more of a mesquite flavor than honey.  I don't know why it's impossible to find a great Honey Butter wing outside of the Bar Bill in East Aurora.  I've looked everywhere.  These wings were also completely different in size, much smaller and so overcooked they were almost inedible.  I was really surprised how terrible they were. 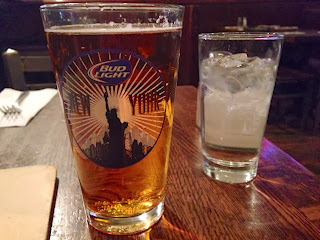 On the up side I was pleasantly surprised at the beer list.  I was expecting mostly a Bud, Miller, Coors line up but they had a pretty great tap list going including Founders, Great Divide and Southern Tier.  Plus they had a pretty extensive bottle list including this little Connoisseurs Corner. 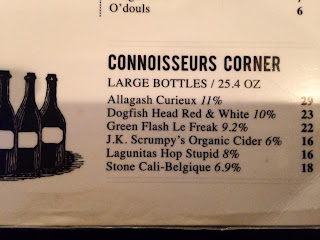 So all in all it was a good stop.  I felt a little better when I saw one other person arrive.  He didn't order any wings and drank a whiskey but it was nice not to be dining completely alone.