Some Bites from the New York Wine and Food Grand Tasting

October 17, 2012
NYC was blessed with some gorgeous weather once again for the Wine and Food Festival weekend.  Unfortunately this year the Grand Tasting was moved over to Pier 57 and entirely enclosed.  It would have been nice to have some sun shining into the event but I think extra walking space was the primary concern. I'll talk more later on the overall experience but first a look at some of the food offerings. 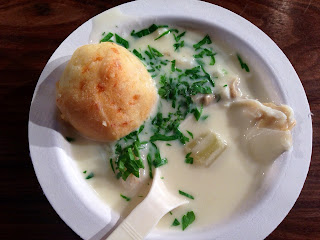 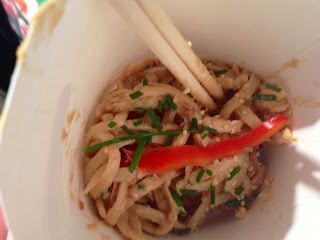 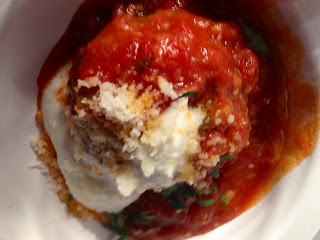 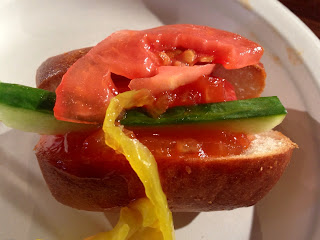 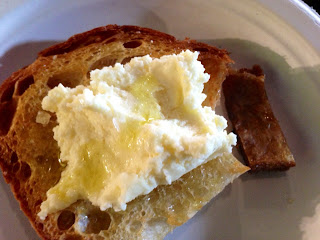 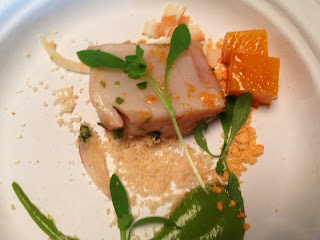 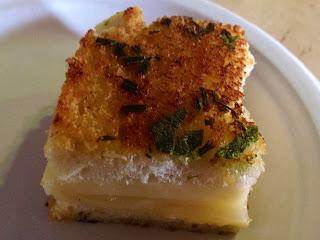 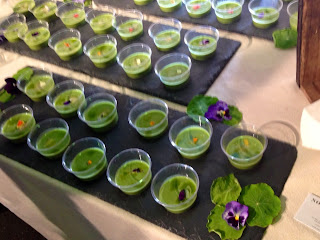 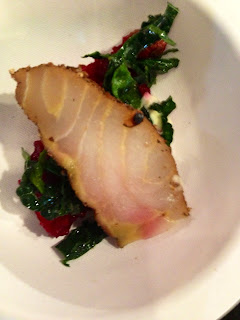 Sturgeon Pastrami, Kale, Beets and Almonds from Untitled at the Whitney.

My favorite two plates from the day were probably the last two.  The earthy, rich watercress soup from Northern Spy was so simple and elegant while the combination of smokey fish, bitter kale and beet from Untitled was a serious explosion of flavors I really enjoyed.   I was disappointed in the thin, watery chowder from Ed's Chowder House and the meatball from LAVO was so dense and gamey tasting I just tossed in into the trash after one bite.  I honestly enjoyed the drink vendors more than the food this year.  Some of my favorites happened to be pouring that day. Nicolas Feuillatte and Lanson for champagne and local favorites Dr. Frank Konstantin and Captain Lawrence.

Overall I had a nice experience but I think I'm getting too old for these events.  I swear I saw one guy push a woman to the side and then dump about 5 jars of olives into his tote bag...and I'm pretty sure the olives were for display only.  Oh well- it's always a fun and exciting weekend to be in the city as a food lover.  Until next year- Au Revoir!