April 15, 2009
This was the first Friday night where there Yankees were playing so we decided to go out and enjoy the game with a couple of beers.

We met up with some friends at Foley’s. Foley’s is an old Irish pub that is an absolute must for baseball fans. It’s covered in tons of memorabilia and has some really cool things like seats from Camden yards to a Lenny Dykstra scary head. 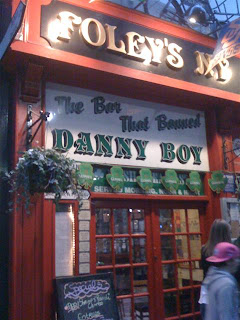 It’s named after the sportswriter Red Foley who worked for the New York Daily News for years.

It’s actually more of a Mets bar but they seemed to have no problem putting the Yankees game on in the back and even turned the sound on for us.

I was pretty excited because I had heard they had a sandwich similar to the chicken finger subs they make in Buffalo.

It’s actually called the David Wright sandwich and it had grilled chicken covered in hot wing sauce on a roll with lettuce tomato and blue cheese.

So really instead of the chicken being grilled instead of fried in finger form it sound quite similar. 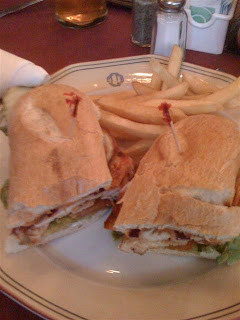 Unfortunately it was nowhere near as good as what I was hoping for.

The bun was too hard and the wing sauce was so spicy and really not that tasty that it overpowered everything else on the sandwich.

The blue cheese was excellent but I couldn’t get over the spicy sauce. 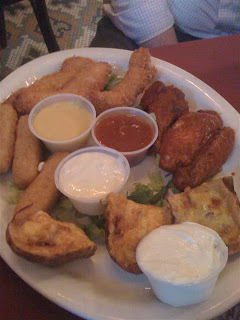 The chicken fingers were fantastic! Think and crispy with just enough breading.

The rest of the platter was pretty weak but the chicken fingers more than made up for it.

So overall Foley’s was just okay in terms of bar food but fantastic in terms of overall atmosphere and service. 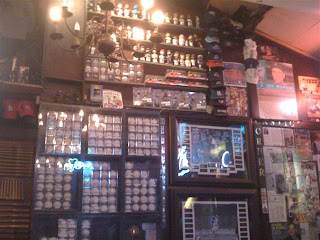 It’s kind of like a really big version of Standings bar in the East Village but without the awesome beer list.

It’s just a great place to catch a game and relax with friends.