November 25, 2012
We were shopping around for brunch in Midtown West and Mexican was the first thing that popped into my mind of course.  Midtown West isn't exactly a great area for food so when I spotted Toloache on Opentable it seemed like a serviceable choice   We started out with a round of Michelada's and Bloody Mary's. 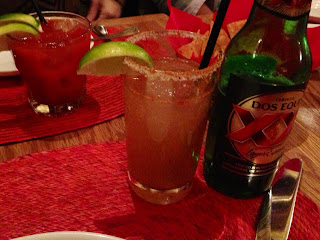 Then it was on to the best Mexican appetizer ever- chips and guacamole. 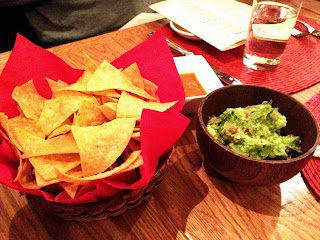 There wasn't any fan fare with the guac like you see at some Mexican restaurants.  No table side prep or fancy mortar...just good,avocado, tomato and lime. 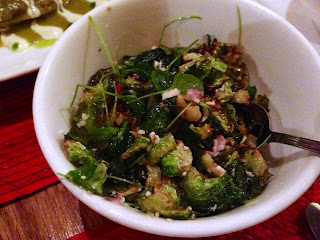 The star of the brunch were these Fried Brussels Sprout with Queso Fresco.  They added toasted pumpkin seeds which gave it a nice satisfying crunch and threw in a little sherry vinaigrette for flavor. 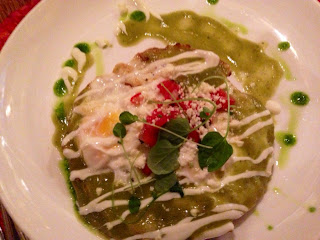 The Huevos Rancheros had the standard crisp tortilla with crema and queso....I wasn't the best I've ever had but it was certainly tasty.  I thought Fonda in Alphabet City was better but for bunch in Midtown West it's good option.