March 29, 2008
Yesterday we hit up the first night of the Gotham Imbiber Cask Ale Festival over at Chelsea Piers. We knew we would be drinking lots of strong beers throughout the night so we started out by ordering some good beer food.

And there is nothing better than some big salty hot pretzels to go with the suds. 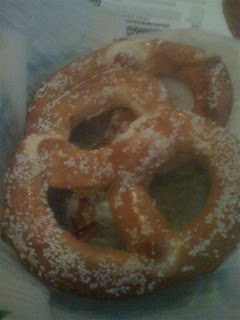 Mr. T and I have been to Chelsea Piers a bunch of times, usually in the summer, to sit out on the patio. While the food on their menu isn't fantastic, the pretzels consistently blow us away.

They're so big and buttery! And come with some melted processed cheese for dipping. Yum!!

As a special for the beer tasting they offered a cheese plate. 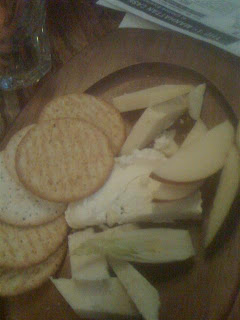 This came with 3 different cheeses of which I enjoyed the cheddar the best. It had a smokey flavor that went really well with the stouts we were drinking.

Now how about that cask beer! 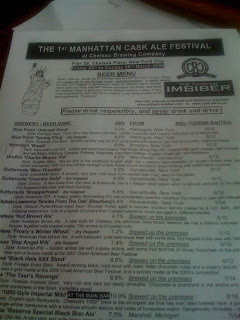 Here is just one side of the menu. They had 39 casks all together and quite a diverse amount. We tried a bunch but these were the two winners in my book. 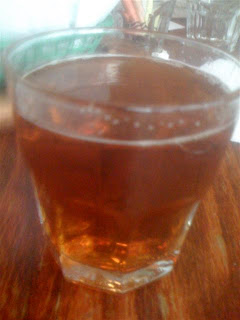 Okay, so I'm from near Buffalo and I'm a little bit biased, but this beer really is awesome. It's an Imperial/Double IPA that poured a slightly orange brown color with no head (cask beers don't usually have much head). The beer itself was quite smooth with hints of Carmel throughout and a slightly orange zesty finish.

For an 8% beer it's dangerously drinkable.

The other winner of the night was the Otter Creek Sea Otter. 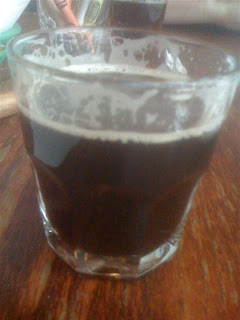 This is a Baltic Porter from Vermont that poured a reddish black with a little bit of head. The beer had an excellent smooth chocolaty taste and the texture was almost velvety. I loved this beer and will definitely pick some up if I see it in the stores. I believe Whole Foods carries Otter Creek.

One more beer that I didn't get a shot of but needs a mention is the Sly Fox Ichor. This is actually a barleywine that would be a great after dinner drink. It was very sweet but for a 10% beer pretty light in body.

Obviously this should be served in a small snifter instead of drank down in a 16oz beer glass like Mr. T did. But hey, this was a festival after all. Why not get a little crazy!

The festival itself was fun and well run. You had to buy a sheet from the bar of "tokens" and then bring it over the the cask table and they would give you the beers.

The lines moved quickly and everyone really seemed to be enjoying themselves. We were lucky enough to have a table but there was plenty of room to stand if needed. Besides the fact that it was freezing cold inside the brewery, everything was fantastic.

Oh I almost forgot- the Lollipops!!!

We were drinking our beers when our friend pulled out this box. Bacon Maple Lollipops!!! 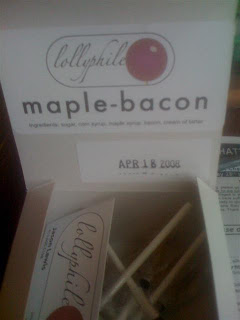 Apparently he saw them online and decided- hell why not! See the brown stuff inside! That's bacon! 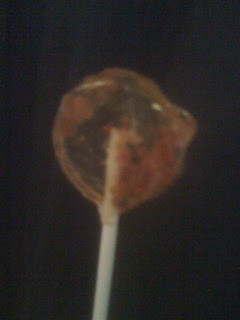 So how were they?

Pretty good I have to say! The outside tasted like a really sweet maple syrup, almost a little too sweet, but then you would hit the bacon and get a chunk of salty grissle. The whole texture was a little weird for me, and I don't think I would be eating these as a daily thing, but they were pretty good.

A sweet and savory taste combination I never thought I would have in a lollipop that's for sure.

So if you're into beer I recommend heading over to the festival. It runs all weekend long and they still have plenty of great beers to go though.