April 27, 2015
This is seriously late in posting but sometimes life just happens like that, so this is just a super quick recap of our Tampa trip.  We flew in and spent the first evening checking out Green Bench Brewing and Cycle if you remember.  Then it was onto the main event Saturday morning- Hunahpu Day! We had such a horrible time last year I was really apprehensive about going back.  Luckily Cigar City made some serious changes and the event ended up being one of the best beer fests I've attended. 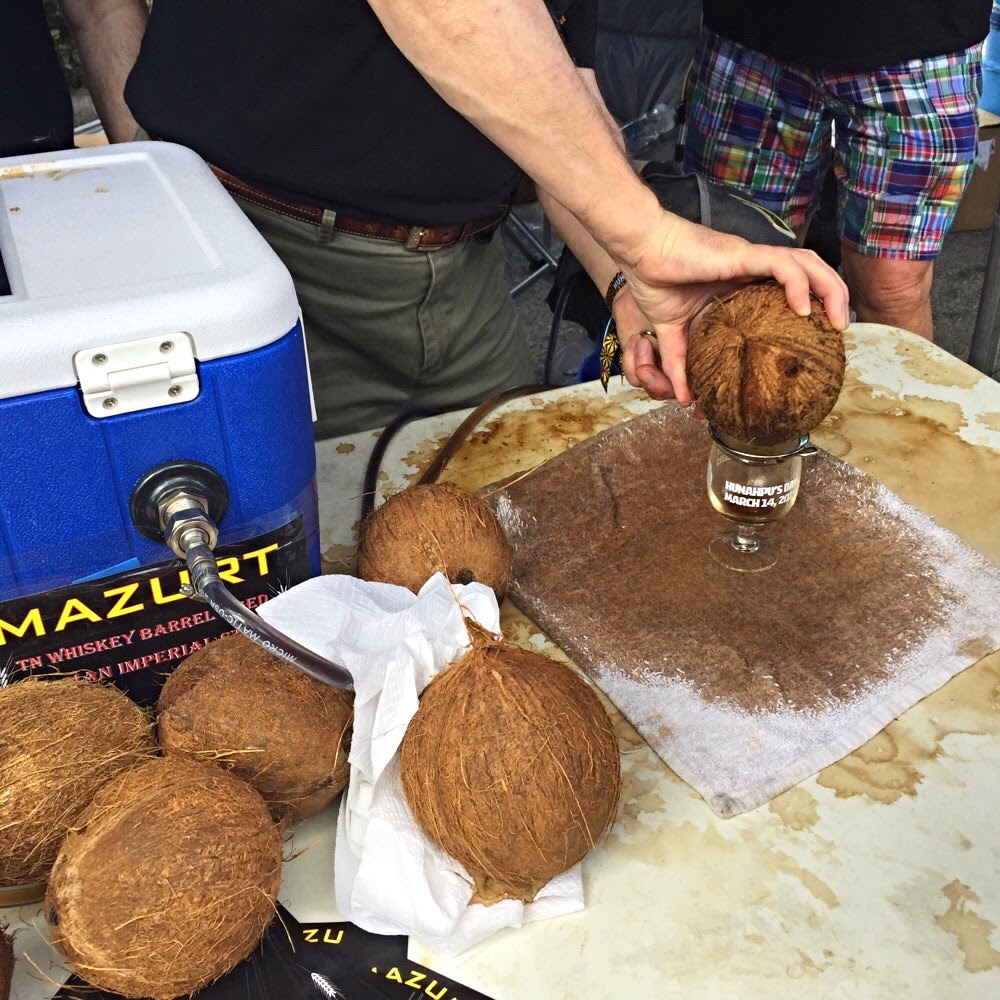 So many of my favorite breweries were on hand like Funky Buddha, Toppling Goliath, hometown boy Kane and of course Cigar City.  In addition to those some new breweries I'd never had the opportunity to try before like Mazurt out of Atlanta, Georgia.  They brewed up a Vanilla Russian Imperial Stout aged inside coconuts...talk about an ingenious idea.  After multiple beers at Hunahpu Day we were in serious need of food so we headed to Datz for their amazing Fried Chicken and Waffles. 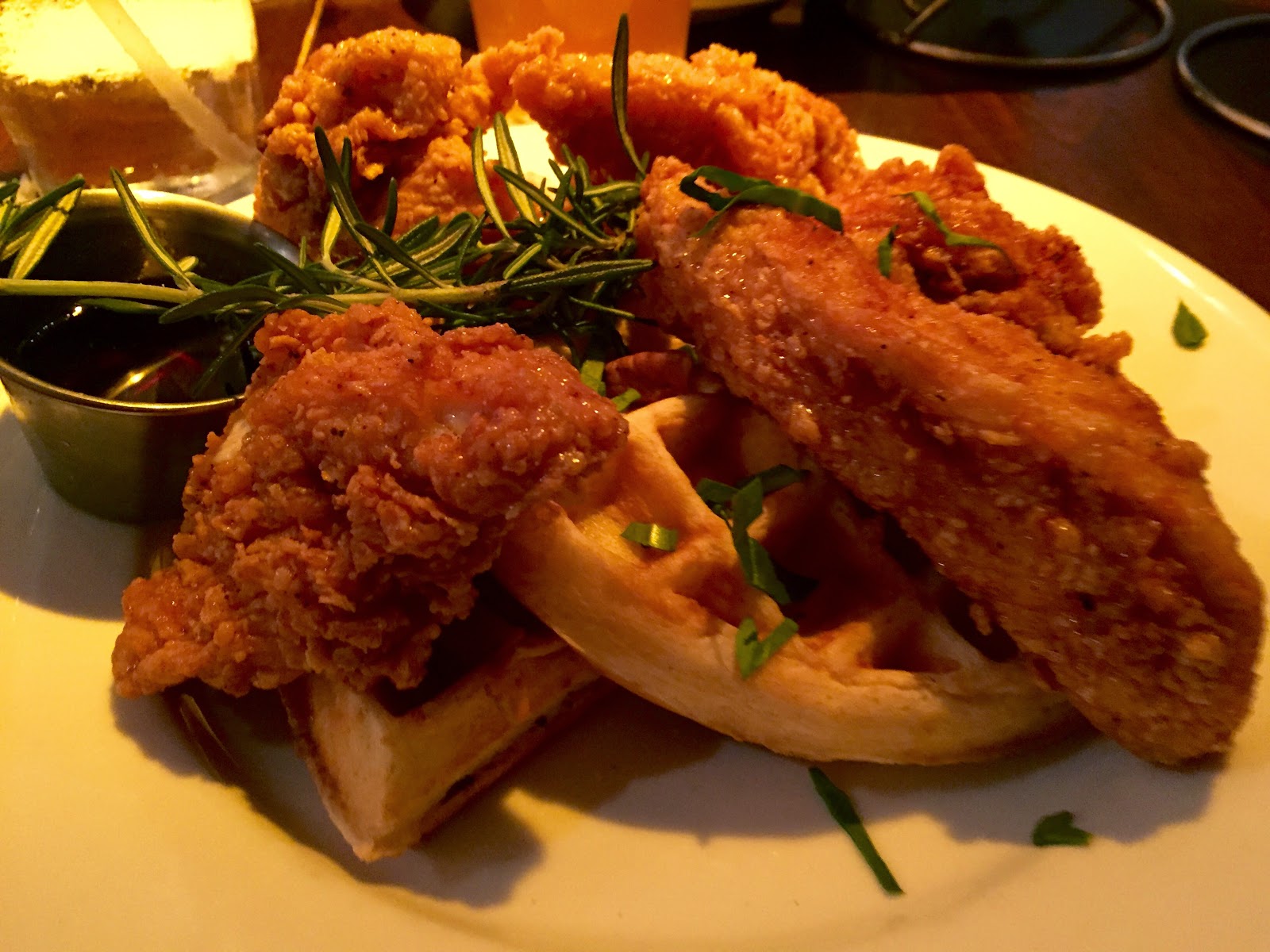 I'm not gonna lie these were absolutely fantastic day one but even better day two when I woke up to leftovers in the hotel room.  They had the perfect balance of salty, crunchy chicken and sweet sugar dough.  This place is already on my must-go to list for brunch next year.  Plus they had a stellar beer menu which just made this beercation even better. 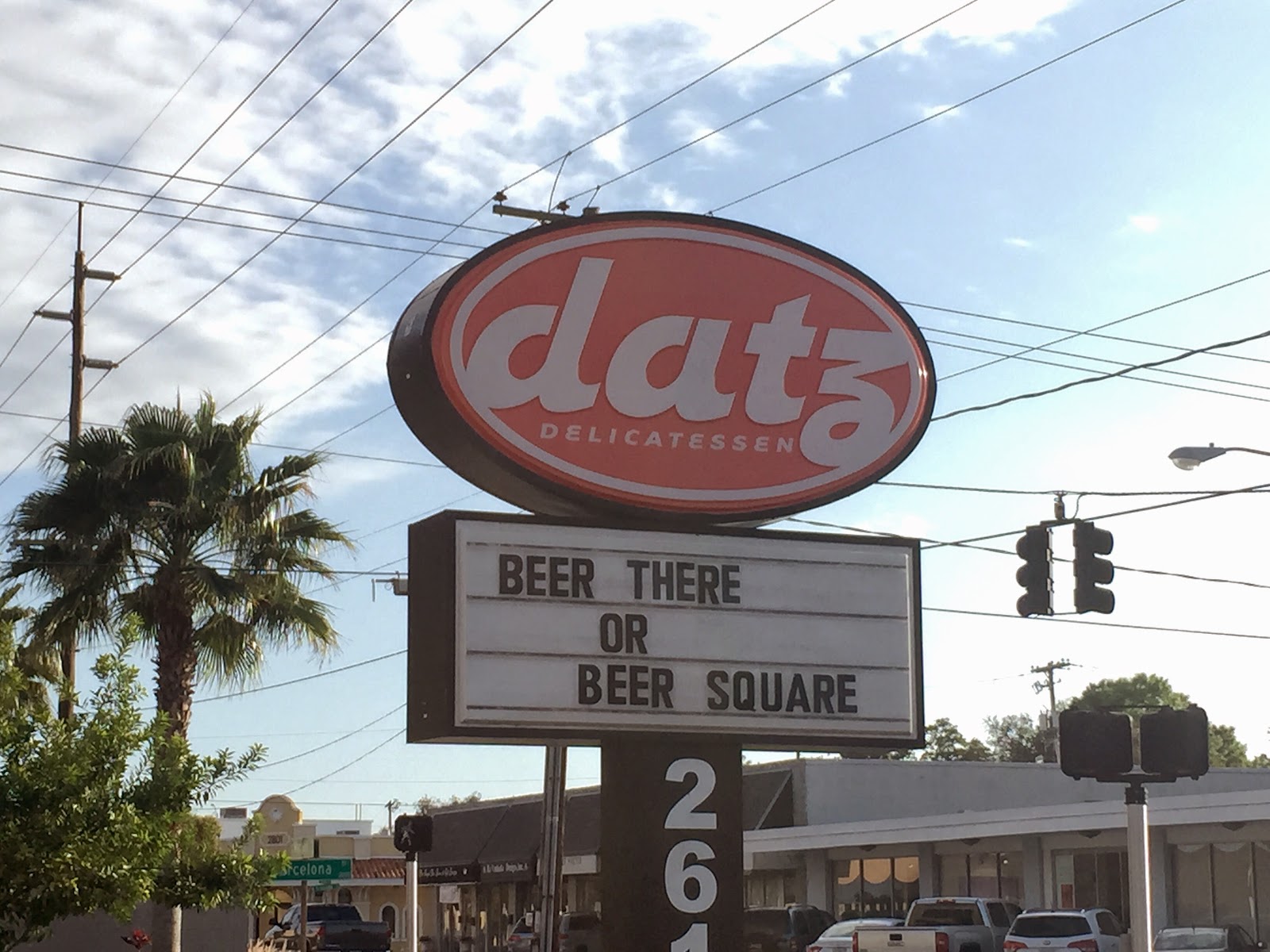 Sunday morning we fit in one more amazing beer event the Hunahpu Hangover Day party at 7venth Sun Brewing.  They always brew some excellent beer with quirky names like this years Let's Go Halvsies, The Science of Pink and Or Else it Gets the Gose Again. 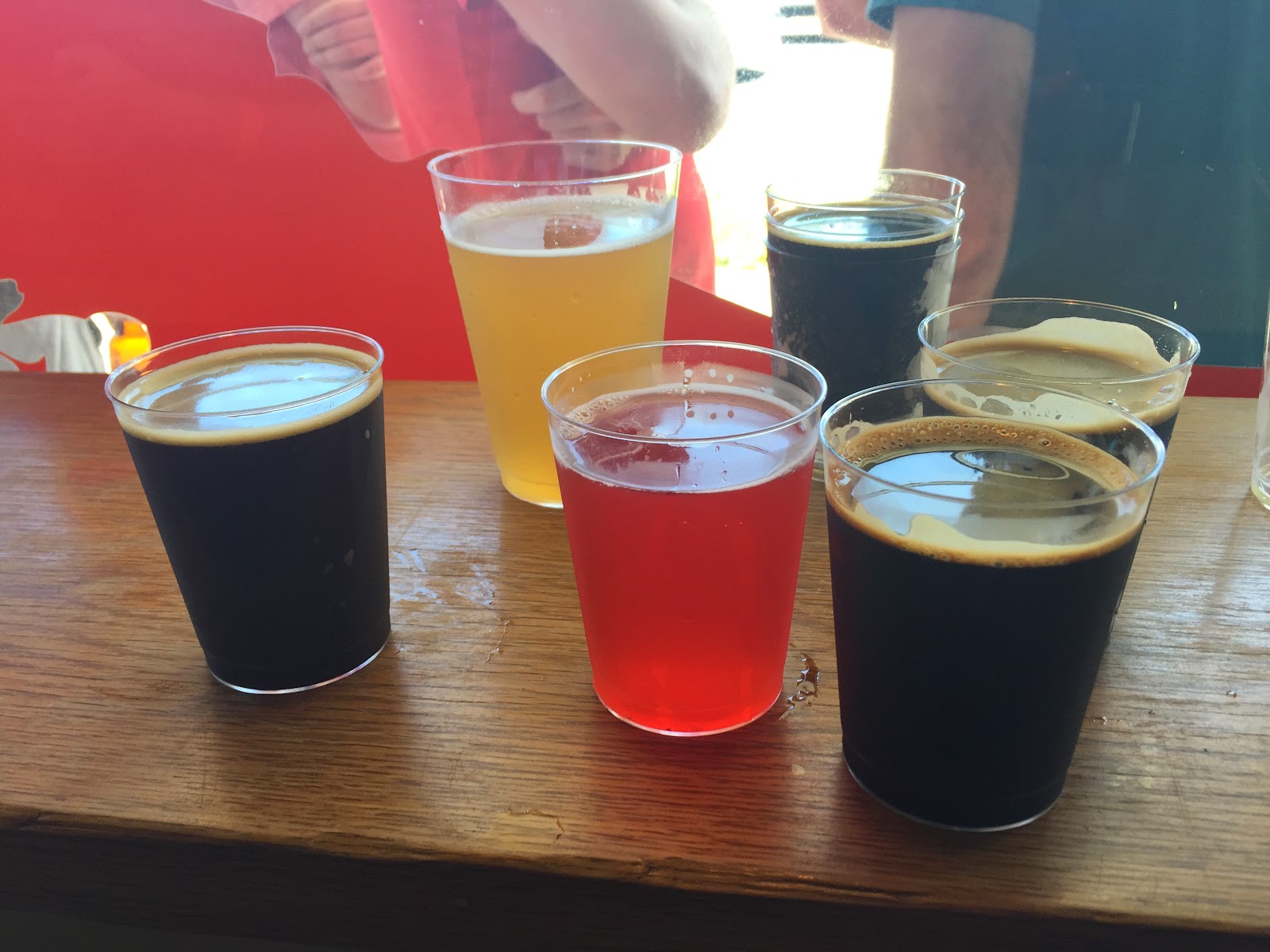 Then it was over to Dunedin Brewing for a ridiculous plate of Tater Tot Poutine with pulled pork and fried cheese curds.  I seriously think those chives on top were the only green thing I ate all weekend. 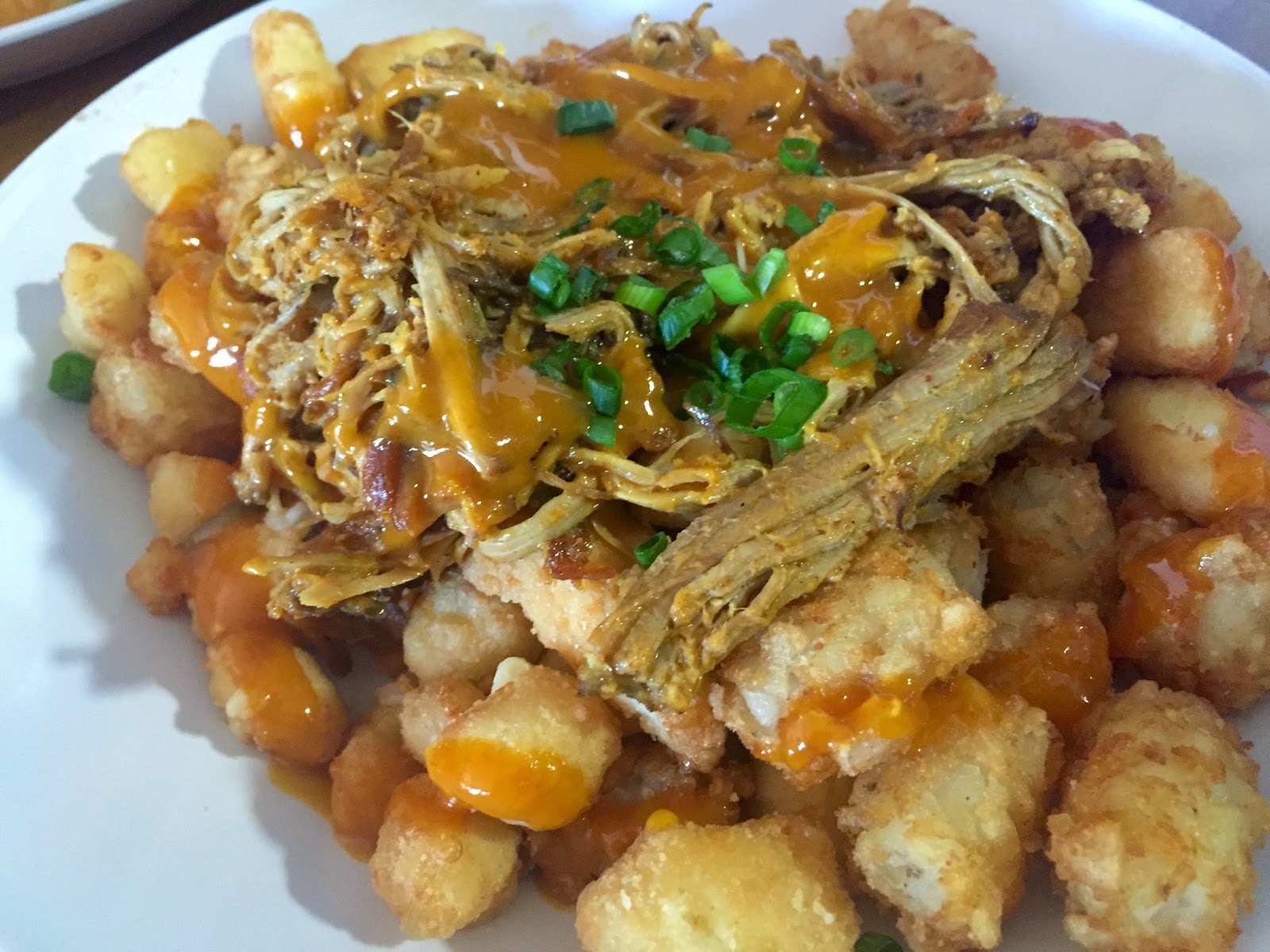 We ended the weekend with a fabulous dinner at Eddie V's and a long wonderful night of sleep. It was a great weekend...new friends, old friends, great beer and some ridiculous food.  Time to start planning for next year :)