July 21, 2014
I was having a serious taco craving the other day.  My first instinct was to run over to El Presidente for a quick Madison Gringa but I've been there so much lately well...I was honestly a little embarrassed to be going back again.  I'm already on a first name basis with half of the staff and they've only been open a month or so. Instead I started walking downtown and ran right into Pinche Tacqeria right around Nolita. 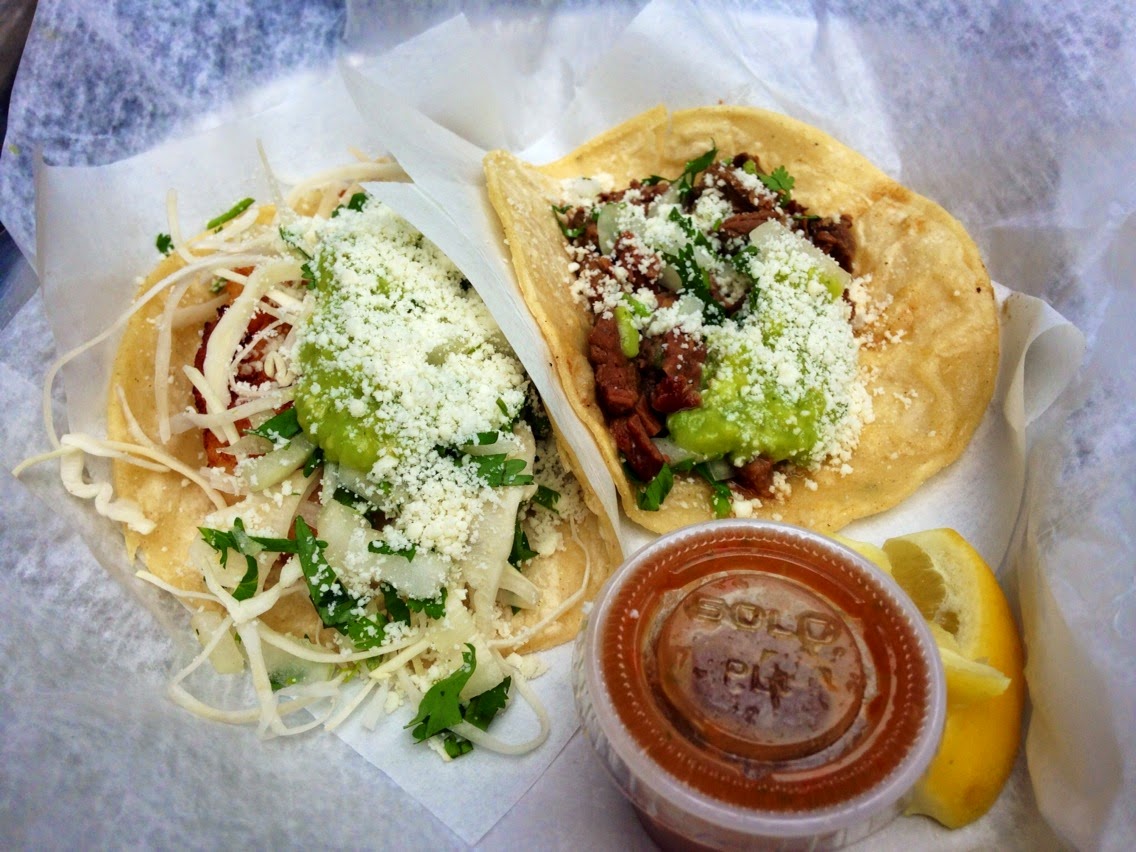 Pinche is a tiny little joint located right on Lafayette.  You place your order at the bar inside, take a table number and voila- your food appears as soon as it's ready.  I went for two of my favorites Carne Asada and Pescado with Cotija cheese added to both. 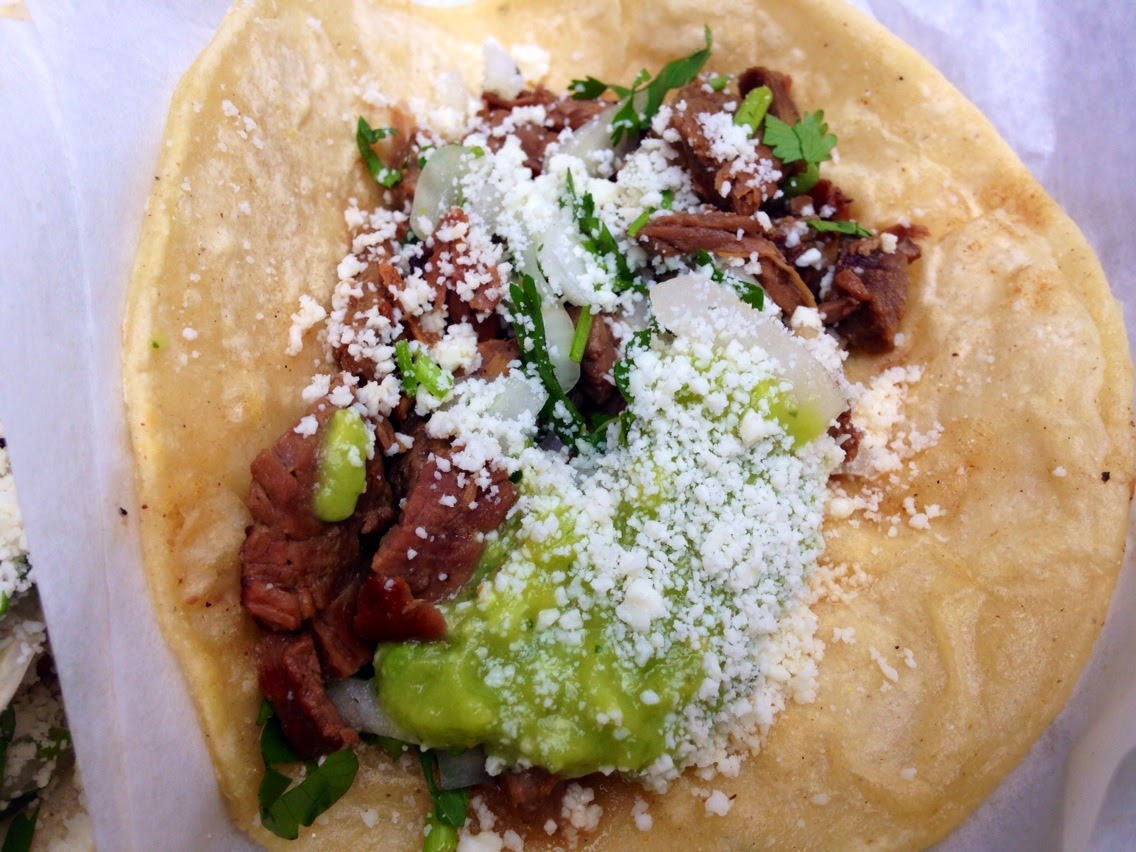 The steak taco was fantastic...juicy char-grilled meat with the flavor of mesquite and a dollop of guacamole on top. 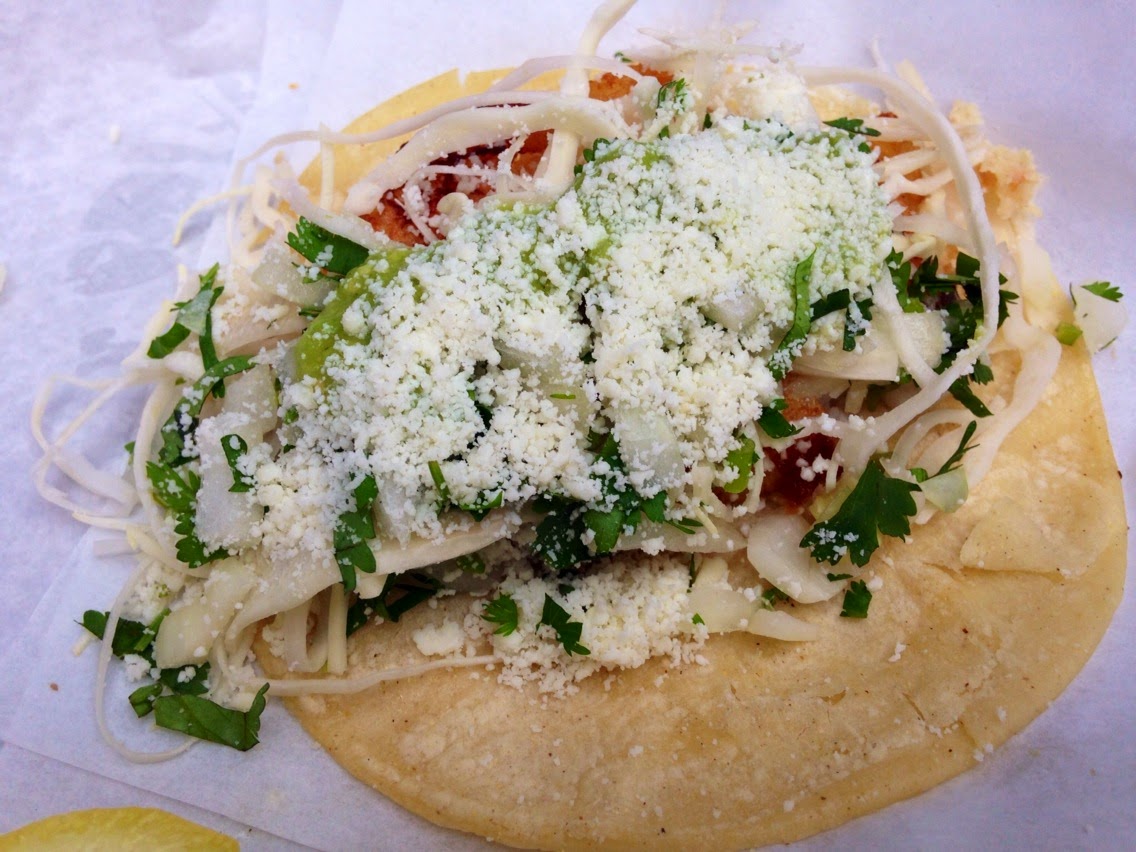 Unfortunately the fish was overwhelmed by it's accouterments.  There was so much onion and cilantro on top any other flavor was completely cancelled.  I'll be sticking with Tacombi for my fish taco fix.  On the way out I noticed they serve breakfast every day until 4:00.  BOOYAH!  Weekday Machaca con Huevos lunch here I come!