July 03, 2014
Friday morning we woke up early to tour around the city a bit before making our first food stop of the day at Arnold's.  This classic meat-and-three place is so popular there was already a line of about 20 people waiting in front when the doors opened at 10:30 AM. 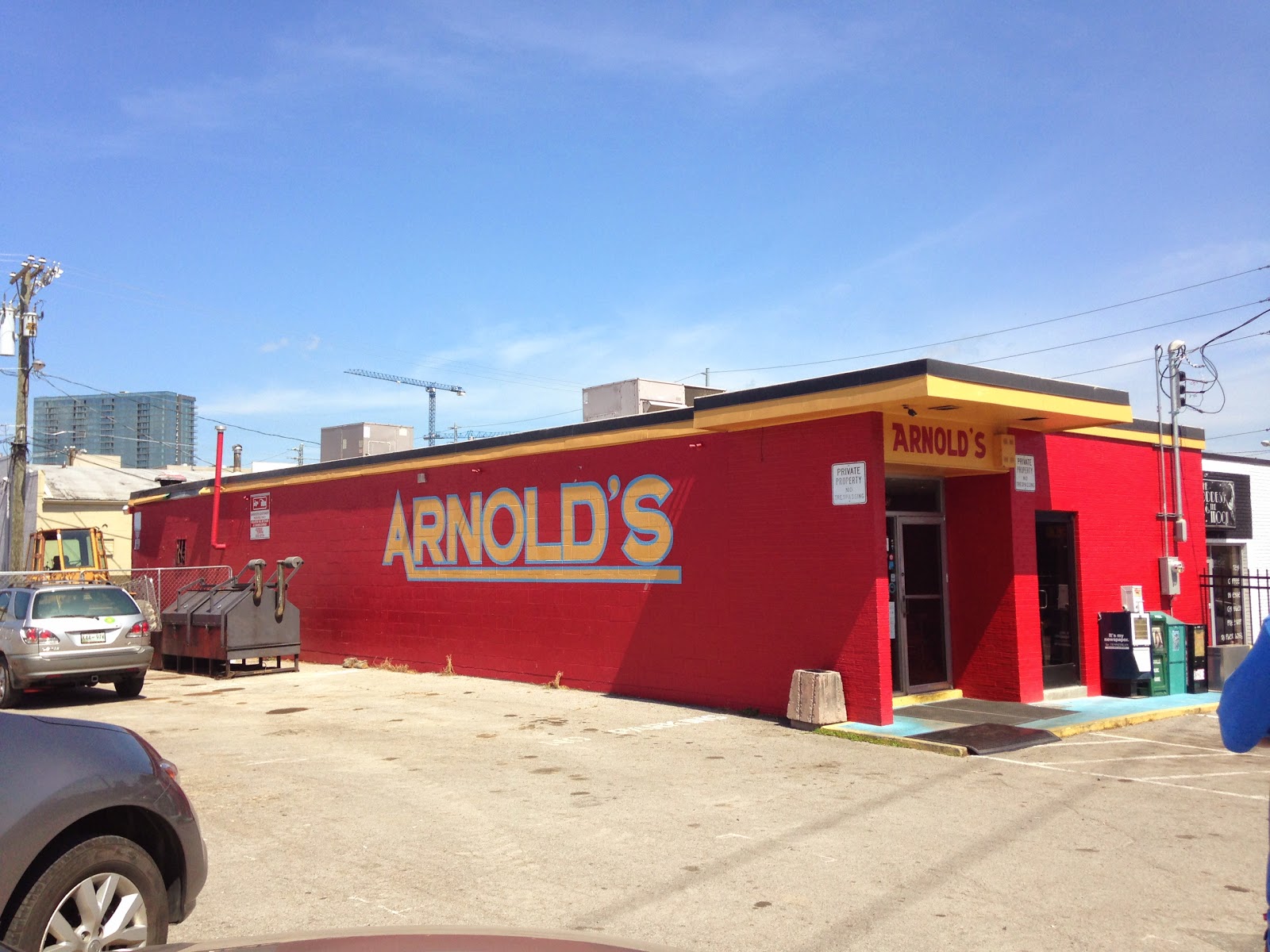 What exactly is a meat-and-three?  This was actually my first experience but it's easy.  Walk up to the counter and choose your "meat" (protein) then pick three sides and add on whatever else you would want.  The line runs as conveyor belt of sorts with the desserts first (priorities in the right place). I went for Roast Beef (their most popular item) with fried green tomatoes, macaroni & cheese, salad, cornbread and a Banana Bread Pudding. 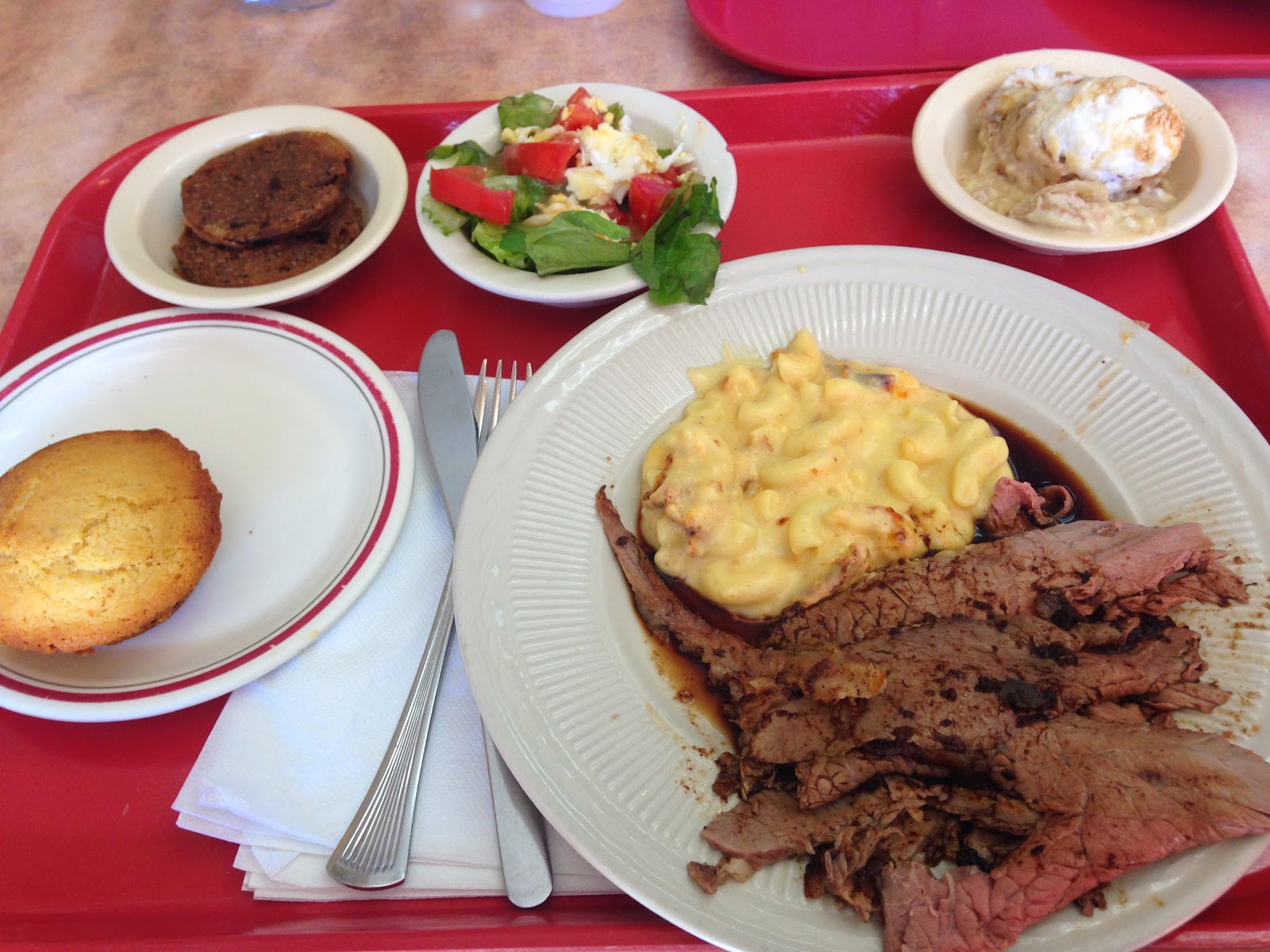 I've done a LOT of big lunches in my day but this may be the most food I've ever had just for myself...and it was all incredible!  The Roast Beef was so tender and juicy with lots of rich au jus it completely knocked my socks off, as did the creamy Mac & Cheese. 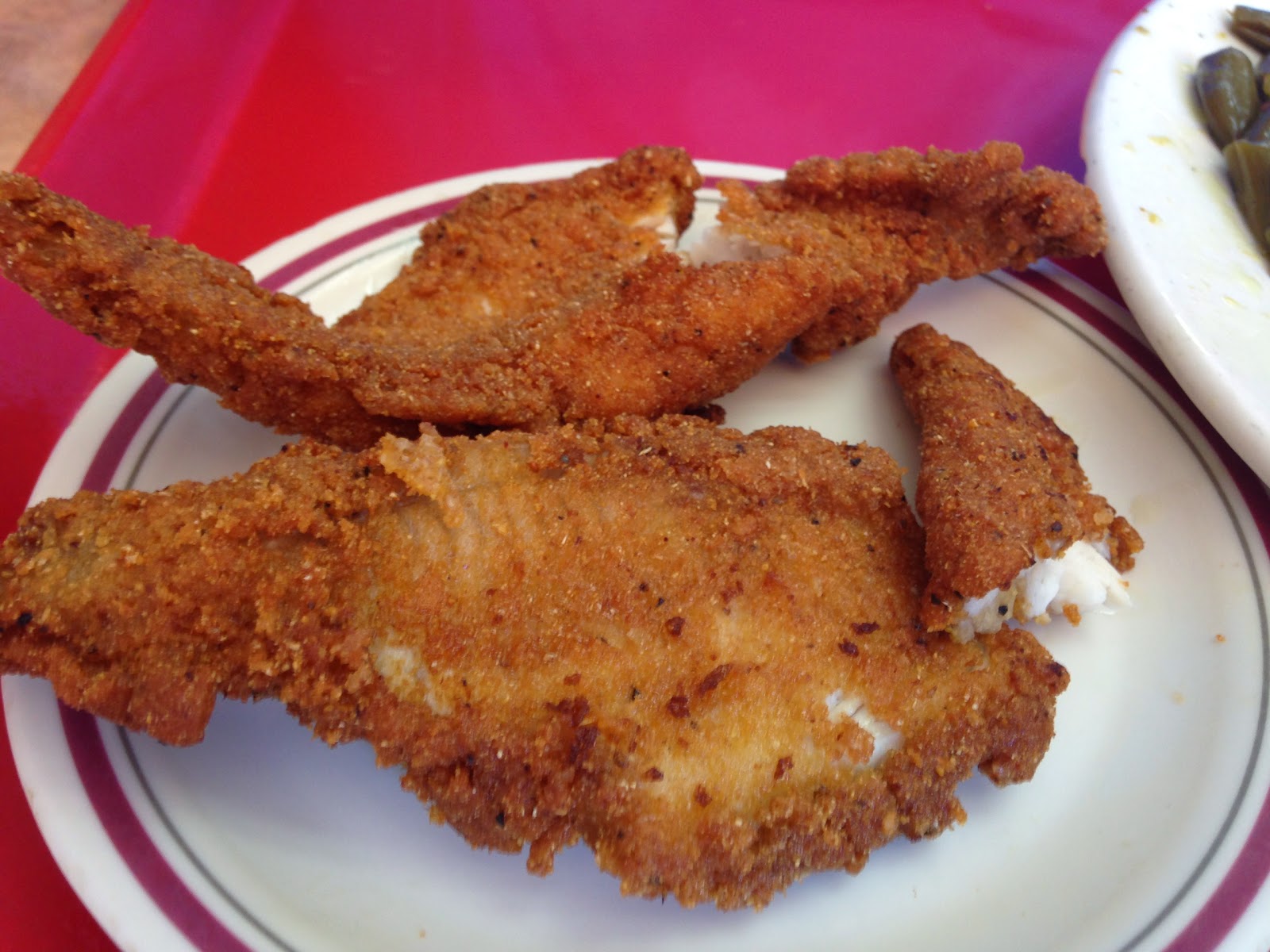 Mr. T ordered Catfish for his "Meat" and this was easily the most perfectly fried, seasoned catfish I've ever tasted. 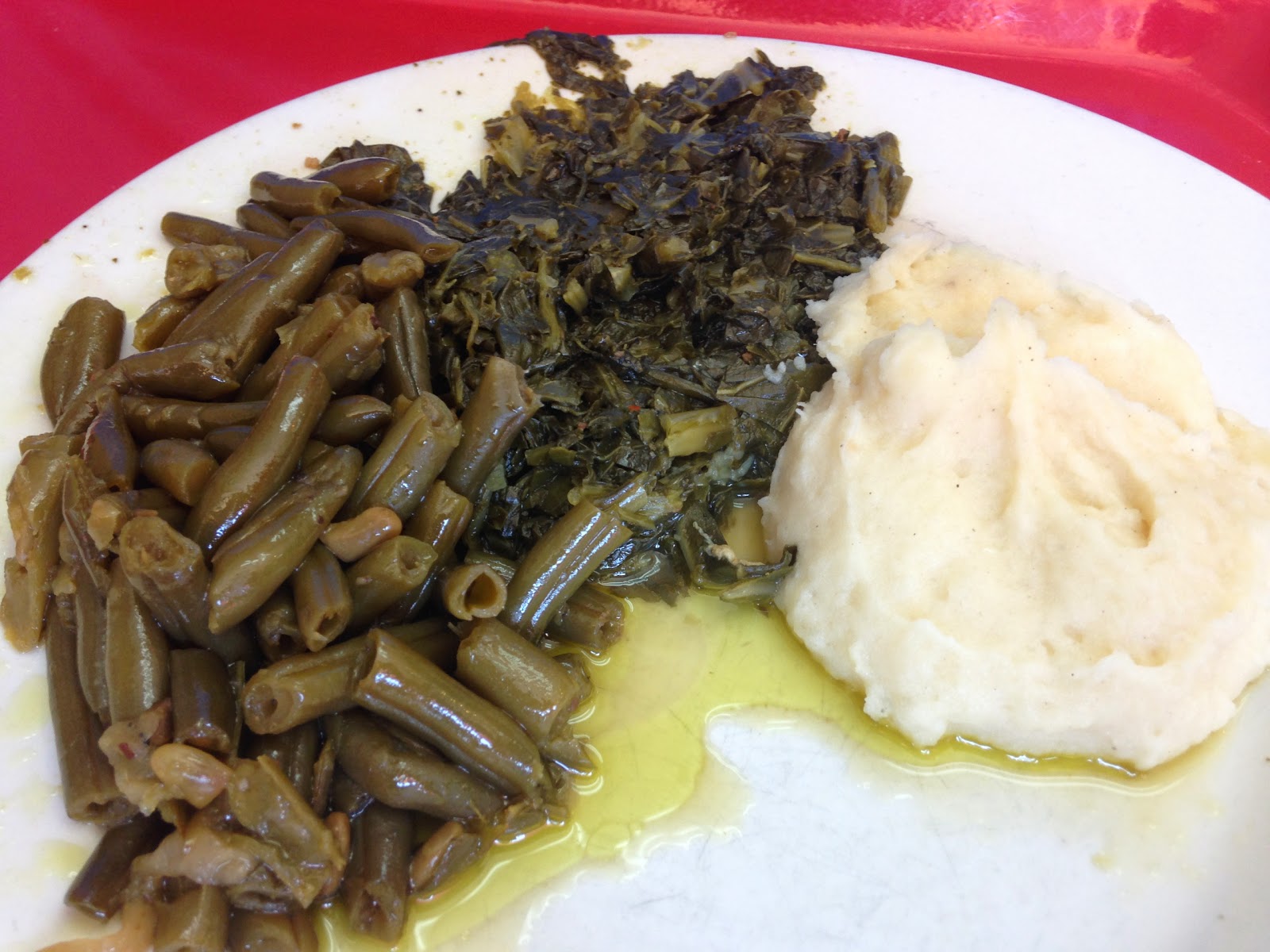 But the star of the entire meal were his veggies.  I have no idea what they did to cook these green beans and turnip greens but they were so delicious I wanted to go back and get a plate of just those alone.  And I have to tell you neither of us have ever liked green beans or turnip greens before. 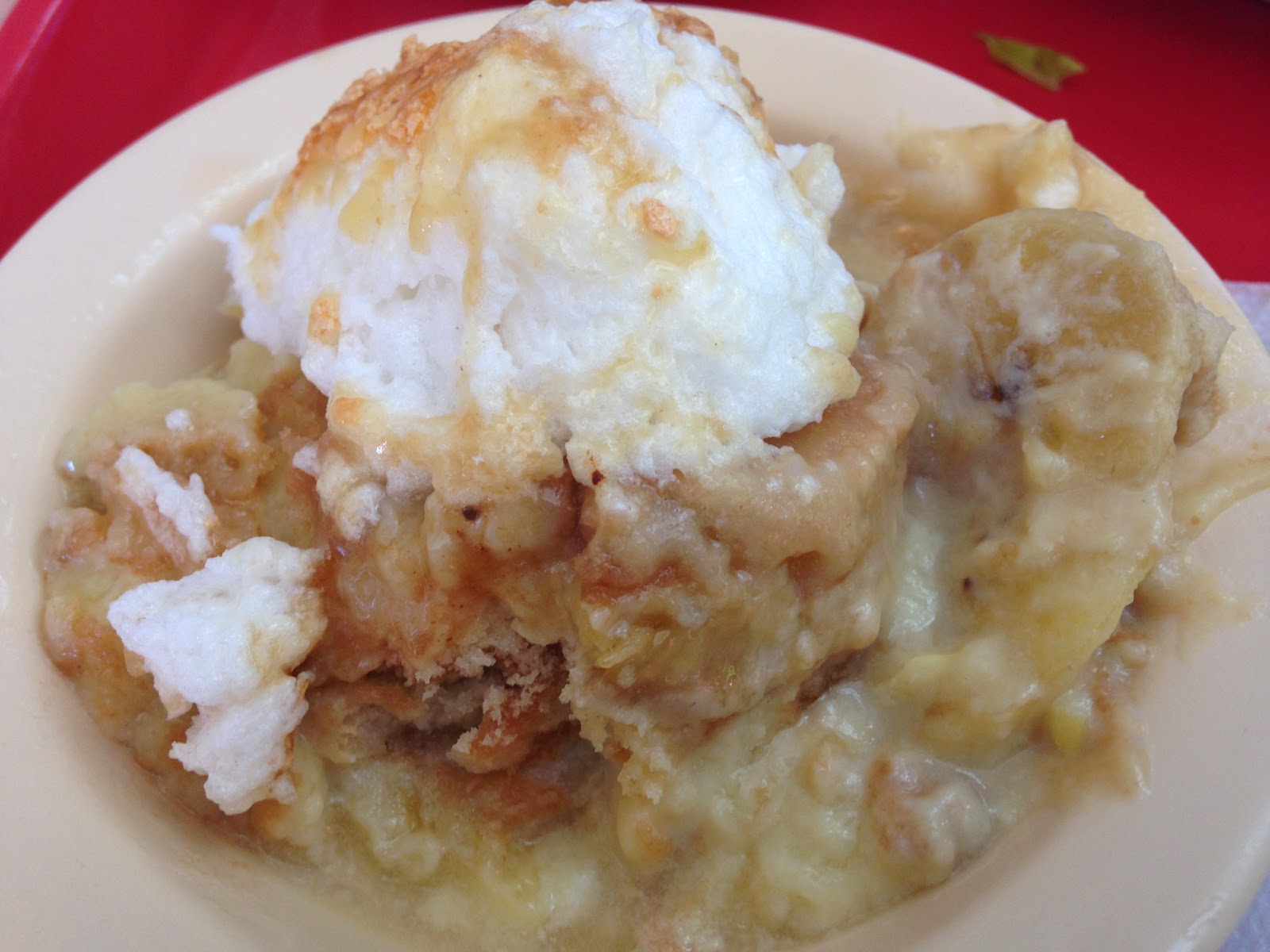 My banana bread pudding was also amazing.  It came with a fluffy dollop of meringue on top and lots of fresh banana slices layered in the creamy custard.  My usual sugar fiend move would be to eat the entire dessert first but I kept going back to that darn plate of veggies so much that I was too full to even finish.

By the time we were ready to leave the line of people waiting was out the door and wasn't even 11:00 AM yet. This place does an incredible business (only open from 10:30-2:30 M-F) and it's easy to see why they've won two James Beard awards.  I have to give Mr. T total credit for this restaurant pick- he chose a total winner.