July 07, 2014
Checking out beer is always on the agenda when we travel and Nashville was no different. Unfortunately the breweries didn't open until 4:00 so we started out at craft beer bar Hops + Crafts for some World Cup action. 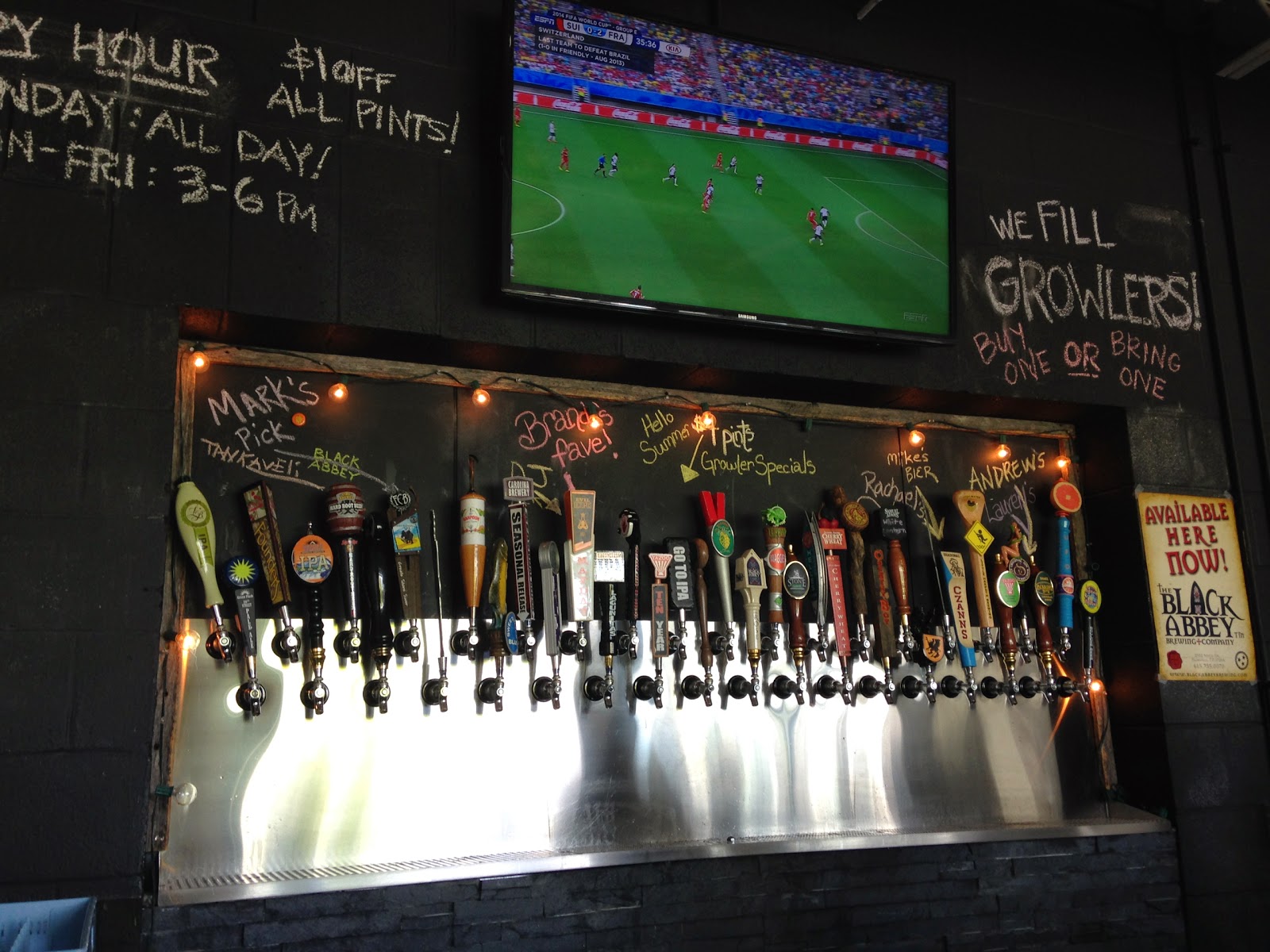 This place has 36 taps, most of which are populated with local beers.  I decided to dive right in with the Nashville flight featuring Black Abby, Calfkiller and Czann's Brewing. 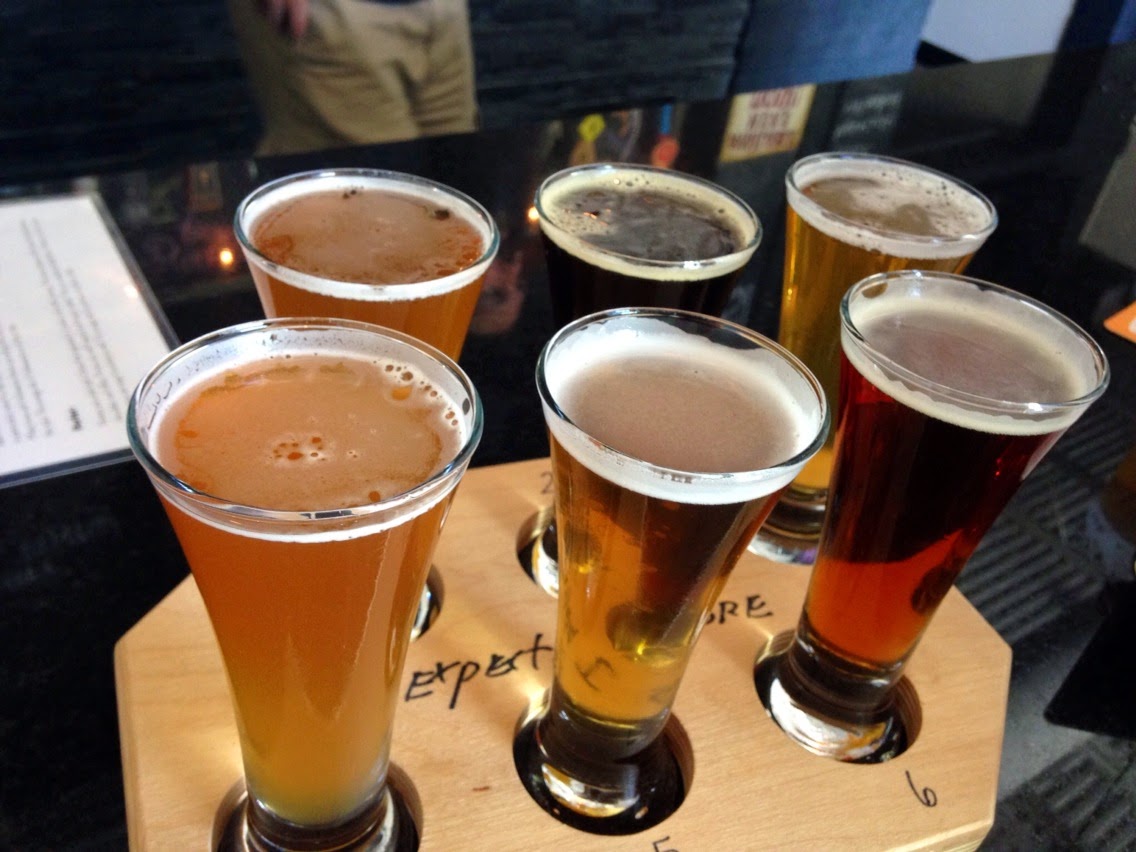 We chatted with the bartender for a bit about the growing Tennessee beer scene.  It turns out Hops + Crafts made Draft Magazine's 100 Best Bar list last year along with some of our favorite NYC spots like Torst and Top Hops.  If I was living in Nashville this place would definitely become my go-to bar.  When the match ended we headed over to Peg Leg Porker on the recommendation of the bartender. 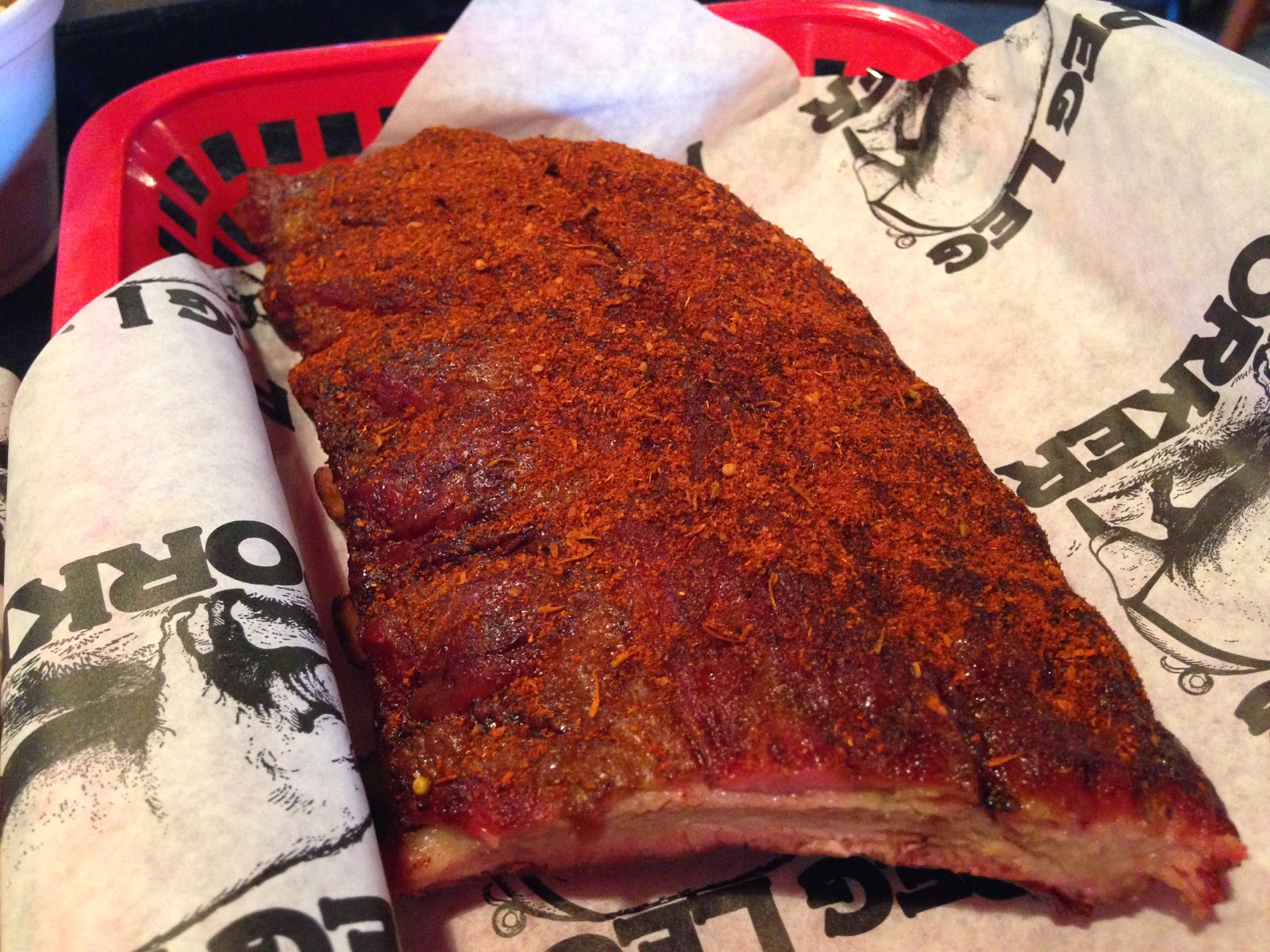 We started with a half order of BBQ ribs layered with a smoky dry rub that was excellent... 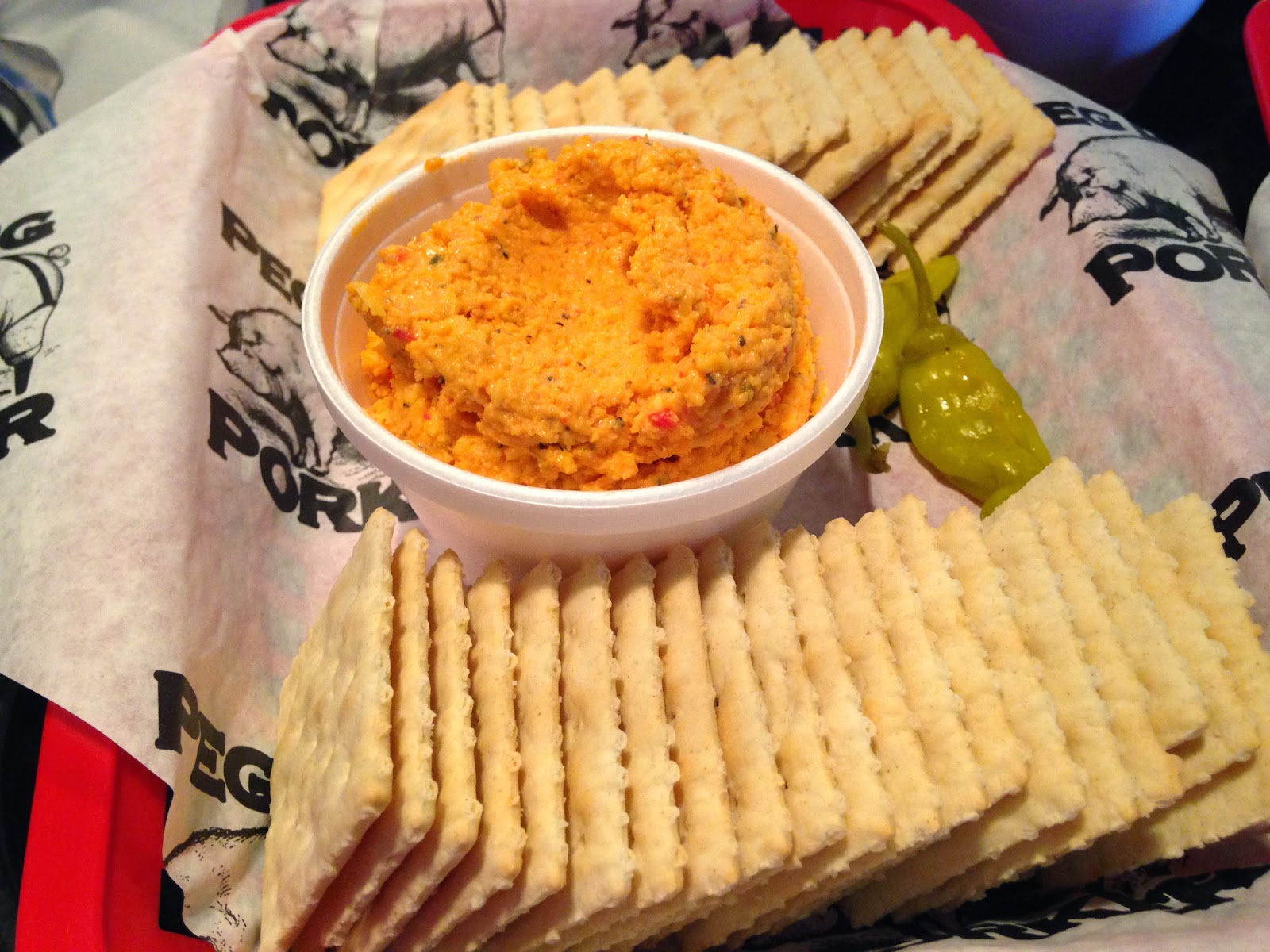 ...and followed up with some ultra creamy Pimento Cheese (Mr. T's favorite pimento cheese ever) and a side of super creamy coleslaw. 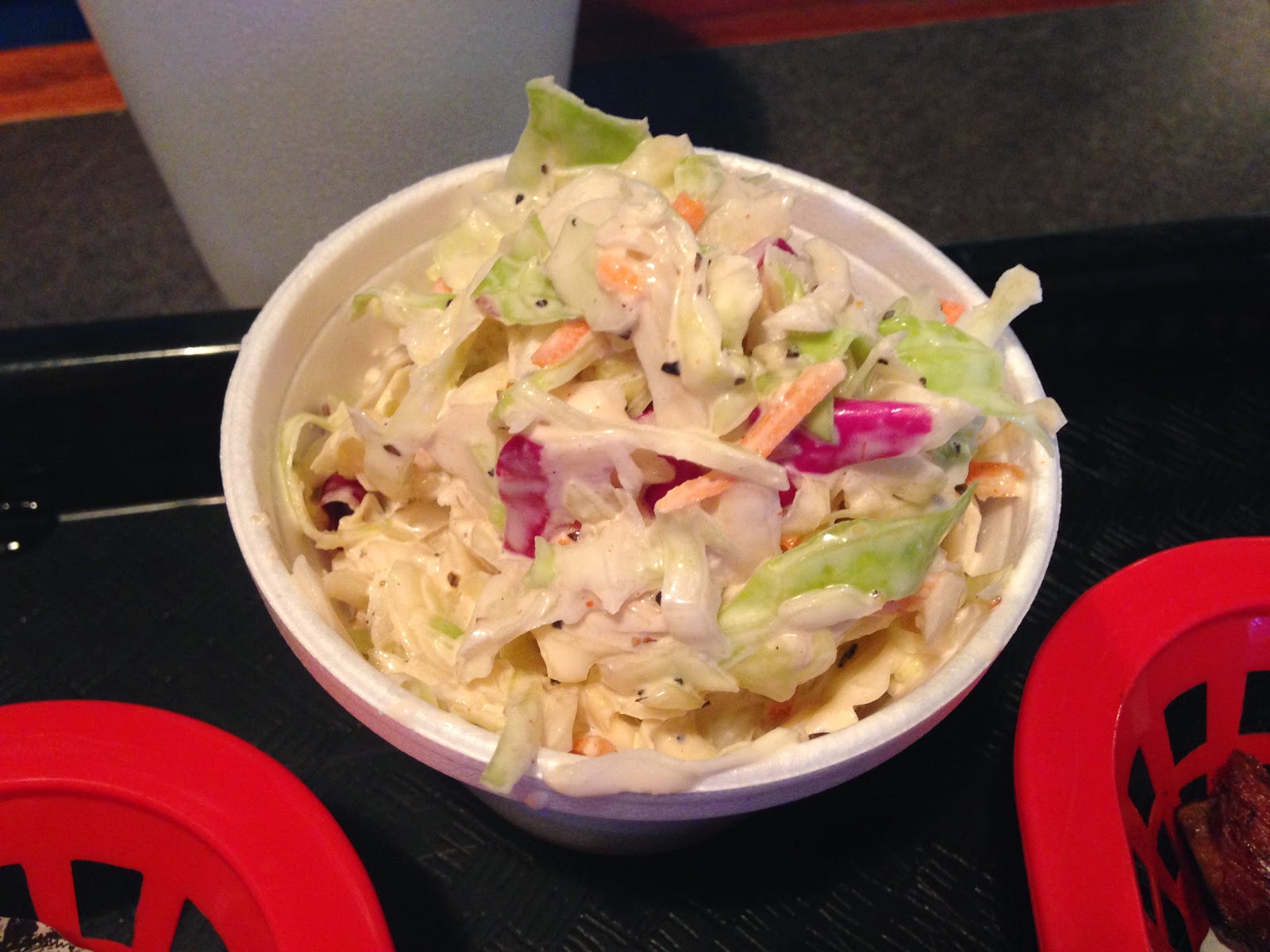 Then it was over to Yazoo, probably the most well known brewery out of Nashville.  The skies had taken on a dark and stormy look so I was grateful the brewery was in such close proximity to Peg Leg. 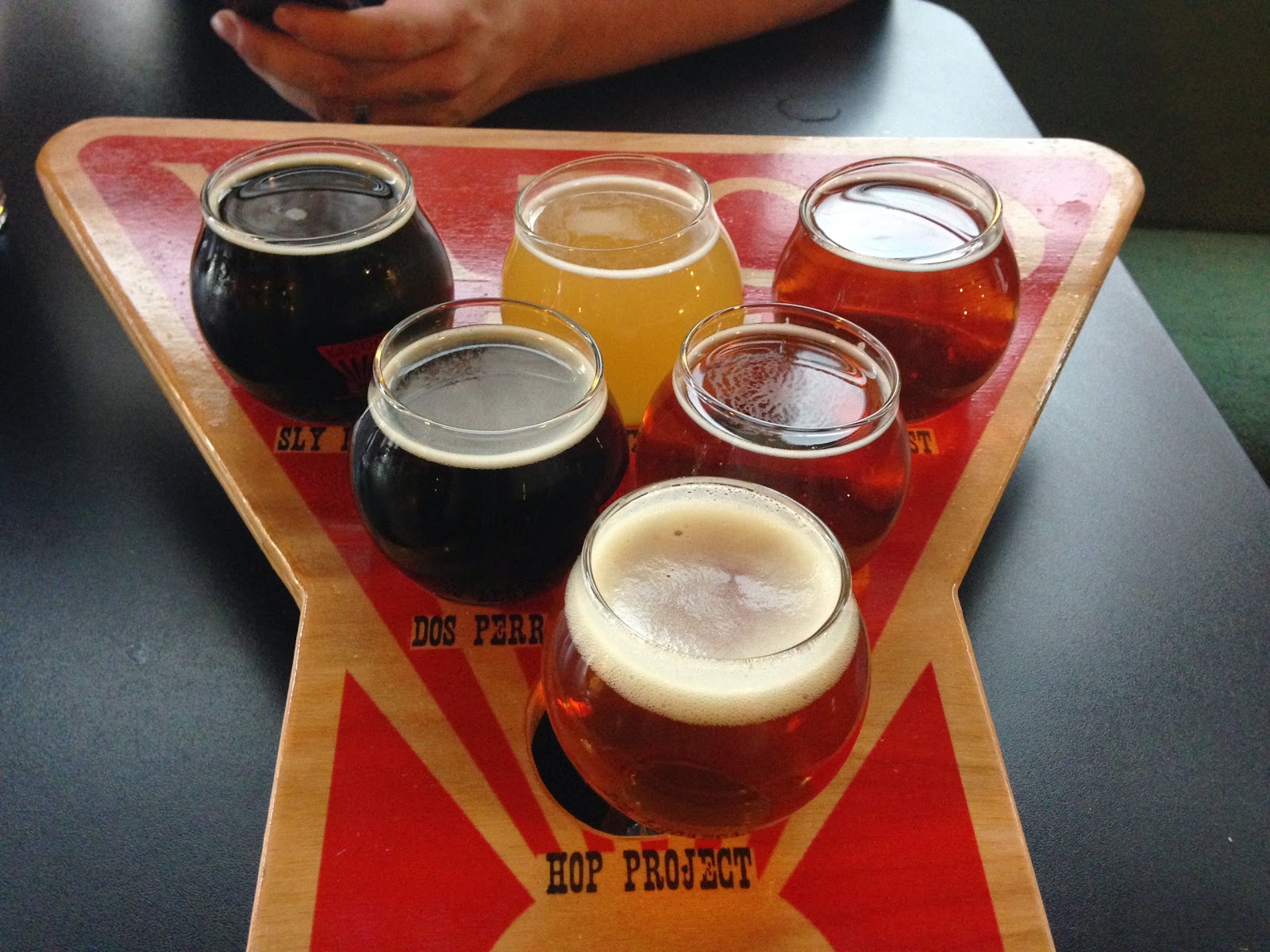 Then we walked next door to Jackalope Brewing for one last round of beer including the delicious Thunder Ann IPA. 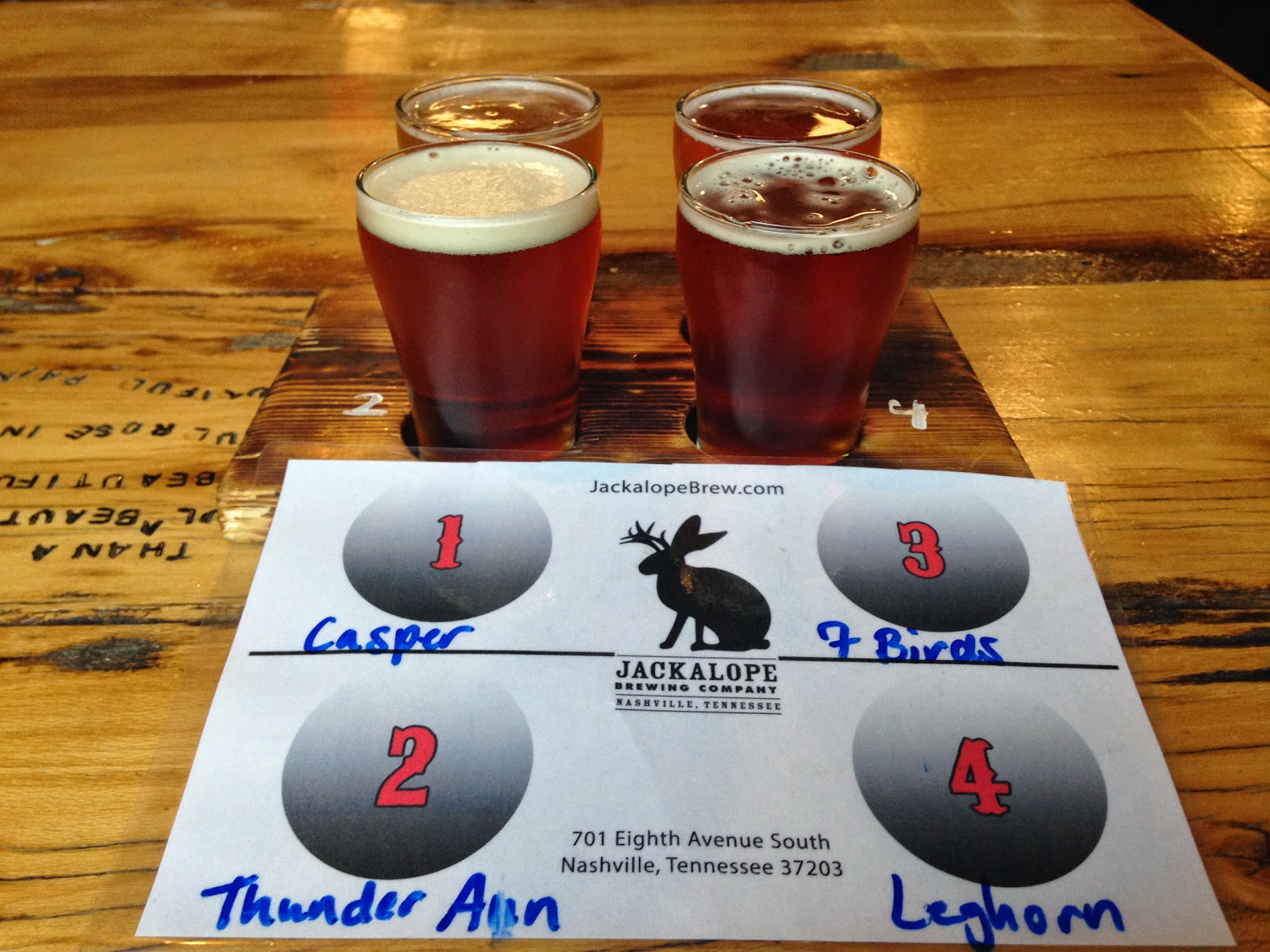 Then it was time to head back to the hotel.  My family was just getting into town and dinner was the next item on the agenda!  How I would fit this all in I have no idea...
Hops + Crafts
Peg Leg Porker
Yazoo Brew
Jackalope Brew
beer Hops + Crafts Jackalope Brewing Nashville Peg Leg Porker Tennessee Yazoo Brewing