June 07, 2008
We decided to go and check out the MET rooftop last Saturday since neither of us had ever been. The place was packed but we managed to fight through the crowds and found our way up to the top of the building. 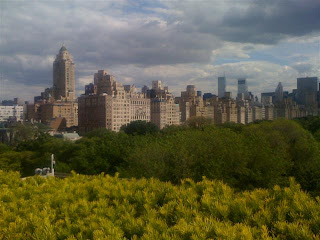 For some reason I thought the view was going to be better. I mean, it was nice but the bushes that go all around the side kind of block the view if you're not super tall. 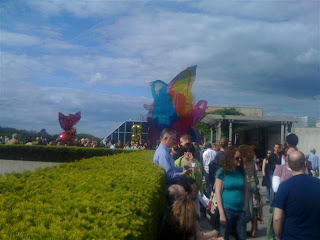 They had a pretty cool exhibit at the top though by Jeff Koons. Here's a picture of one of the displays. 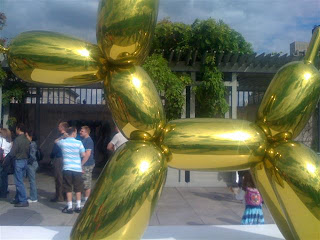 Anyway- this is a food blog not an art blog right!

So after the Met we walked downtown a little and realized we were pretty hungry. We were meeting friends for dinner later so we didn't want a huge meal just a little snack.

I realized we were only a couple blocks away from Mia Dona so we headed over there and grabbed a couple seats at the bar.

Mia Dona has a long slick looking space. While the front is kind of dark and cool the back is more mellow and bright. They even have a couple of tables outside for enjoying the nice weather.

The bartender came over and we ordered a couple of drinks. He was extremely friendly and chatted us up a bit about the restaurant and about Donatella herself.

While we were contemplating our order the bartender brought over a basket of fantastic bread. Look at that whole roasted garlic!! 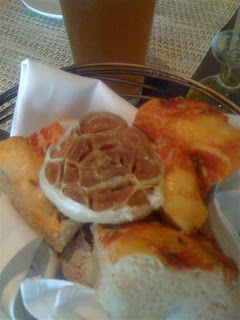 I love garlic and this was fantastic as well as the focaccia.

The bartender saw we were struggling with what to order and suggested we try the octopus. We decided to take his recommendation and ordered that and the crispy baccala.

The Baccala came out first and was really interesting to look at. 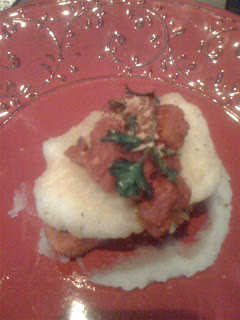 It was just different layers of stuff. The crispy fish was in the center on top of the fried ricotta cheese and topped off with potato and tomato sauce. It was a little difficult to get a bite with everything at once but it was very tasty.

Then out came the octopus. 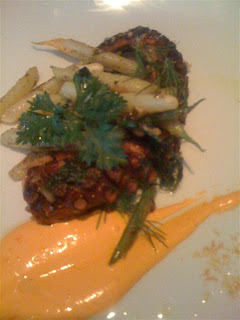 First of all, it was a pretty huge piece of octopus for an appetizer. It was grilled perfectly and came with some green beans and an anchovy sauce that was killer!! I would definitely get this again.

Overall we enjoyed our short time at Mia Dona. Friendly staff, good music and excellent food. We noticed that they sell pitchers of beer for $12! Between that and the octopus we will most certainly be back!