May 15, 2014
Mr. T and I just returned from an incredible 10 day trip overseas.  As usual we packed as much eating and drinking as possible into our vacation along with some sightseeing here and there. I'll begin on day one in Brussels where we've visited once before. I spent the majority of that trip in bed with a terrible stomach virus.  Well apparently we take turns in Brussels because now it was Mr. T who was sick in bed.  He got off the plane and went immediately to the hotel room while I scoured the city for various health remedies.  Once I had stocked our room with as much juice, water and medicine as I could possibly carry I set out to grab a drink and a bite to eat. 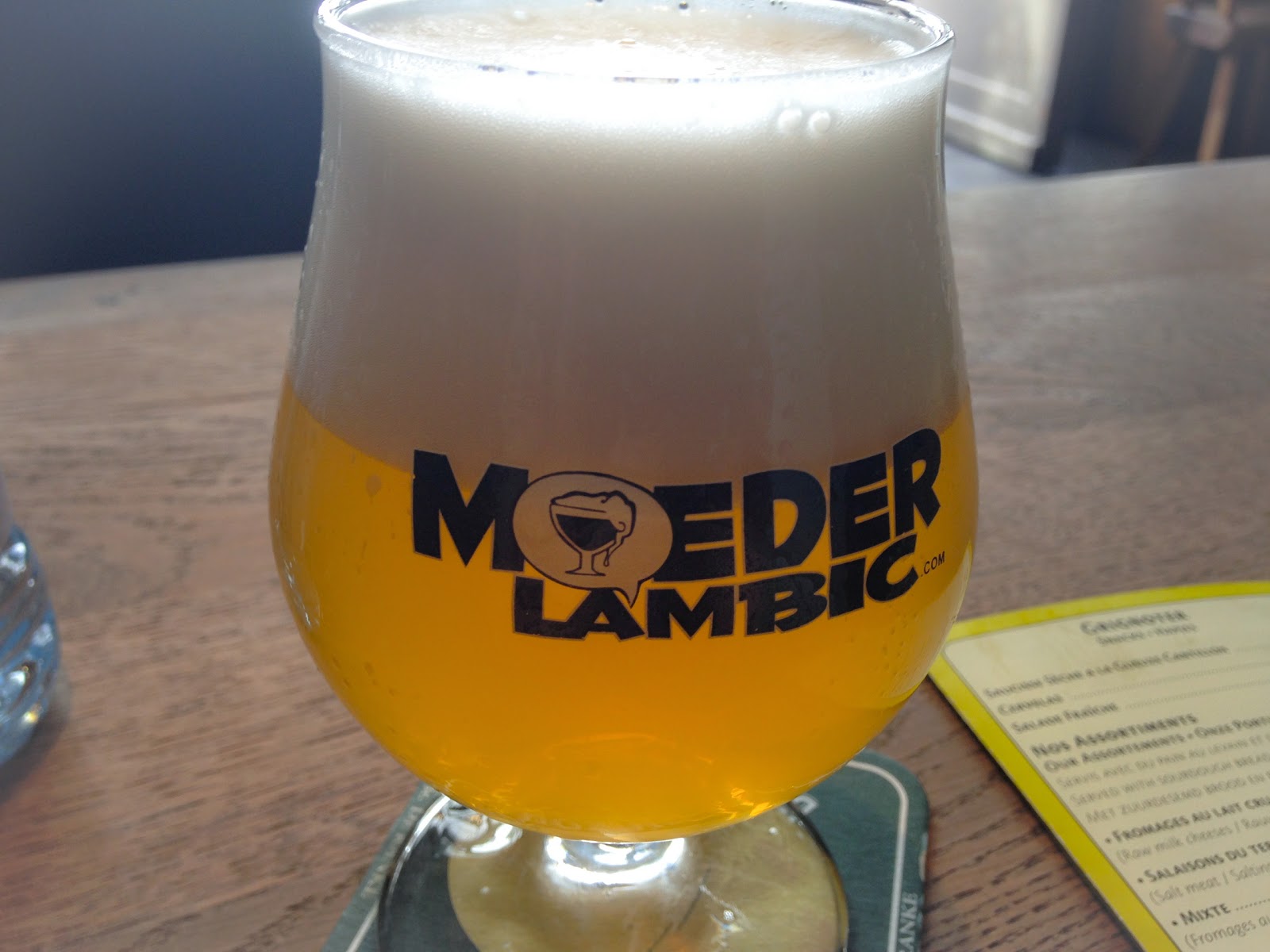 Just about a five minute walk from the Grand Place sits Moeder Lambic Fontainas, a bar known primarily for its 40+ taps and cheese/meat platters. I was only planing to have one or two but it was so nice and sunny at the outdoor tables I found myself slowly making my way through the incredible Cantillon's on their list.  St. Lamvinus, Mamouche, Kriek and Faro...all on draft and ridiculously delicious. 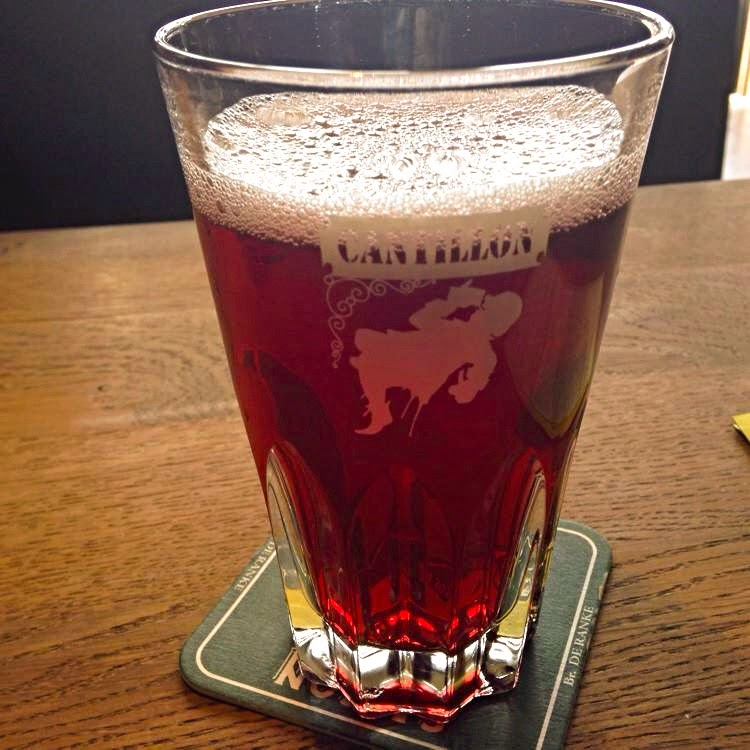 I also really needed some food so after a few beers I thought it would be great to order a Pottekee Tartines.  I had no idea what this actually was but I imagined some kind of delicious cheesy beer food. 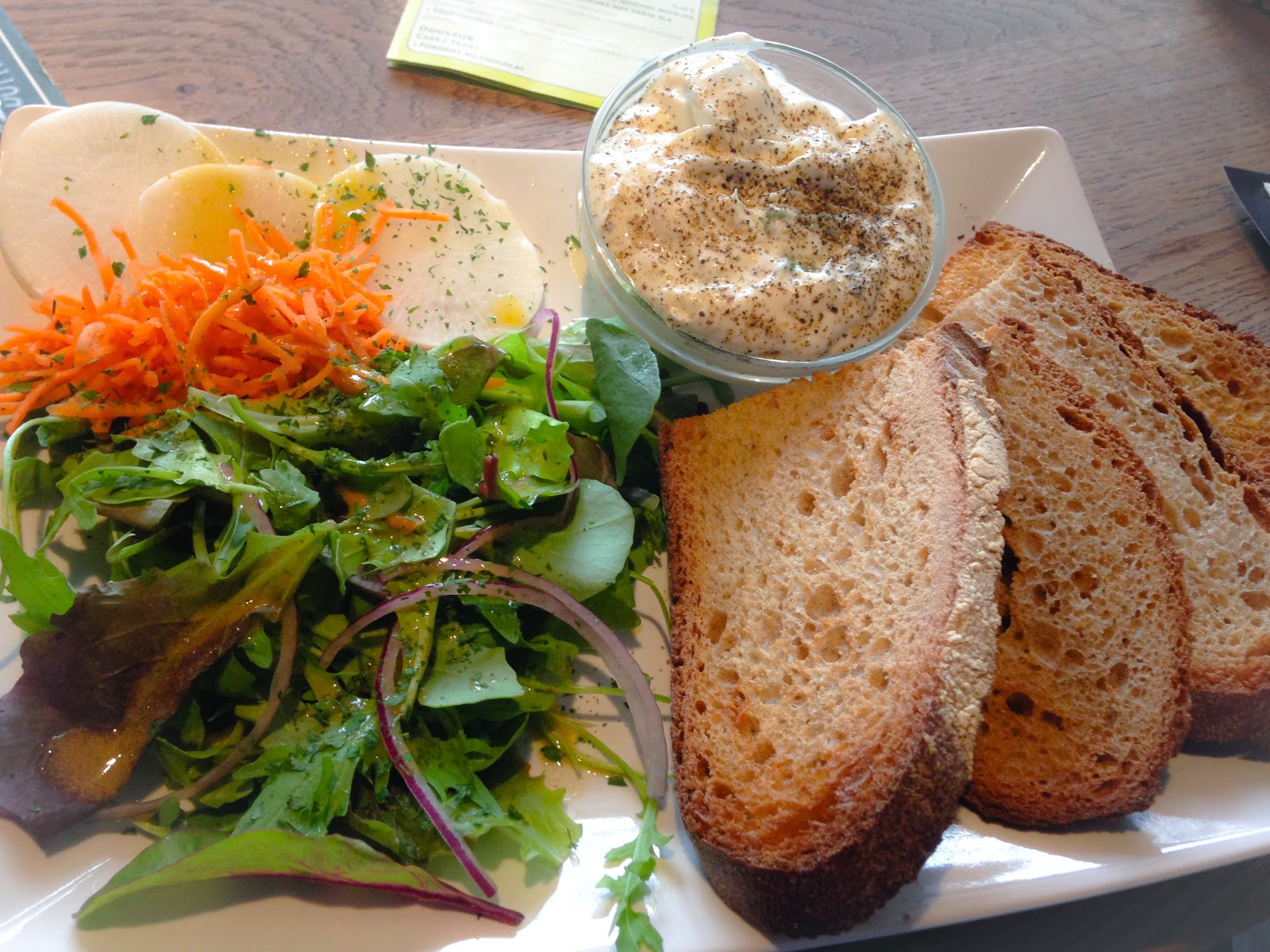 The Tartine was in fact a small bowl of soft, sour cheese meant to be spread on thick slabs of bread.  I'm sure some people absolutely love this but I found the thick,  jiggly texture really off-putting and it smelled like sour milk.  I had about two bites and decided it was time to call it a day.  It was only about 6:30 in Brussels but the time change was suddenly starting to kick in and I needed to go back and check on Mr. T. 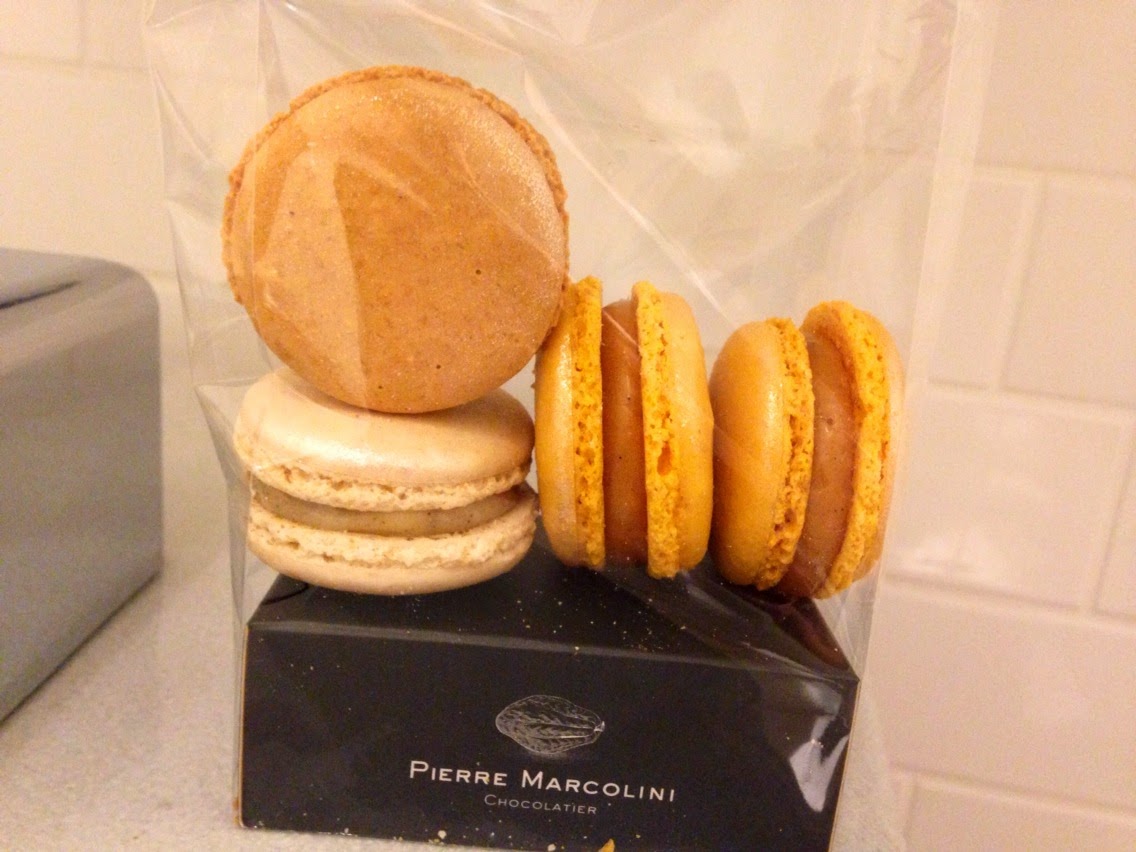 Of course I still needed some food so I made a quick stop at my favorite chocolatier Pierre Marcolini for macaroons.  I ended the night munching on fresh Vanilla ganache and a sticky Salted Caramel...not exactly a traditional dinner but certainly a delicious one.