June 17, 2013
It was a glorious weekend  to be in NYC as SAVOR came to town for the first time ever.  The event was held in the Altman Building and all the great brewers in attendance were pouring some incredible beers.  Look at the color on this Founders Rubaeus. 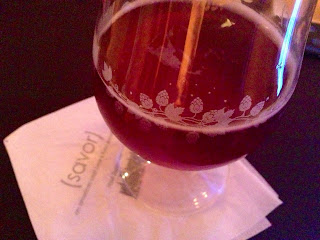 There were so many amazing sours it was hard to know where to begin.  The Bells Raspberry Wild One was a great choice as was the tart Odio Equum from Avery. 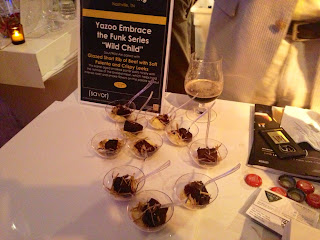 Over at the Yazoo table they were pouring their sour the Wild Child and pairing it with a fantastic Short Rib and polenta mash. 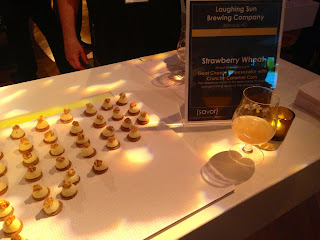 Another great pairing was the Goat Cheesecake with Laughing Sun Strawberry Wheat. 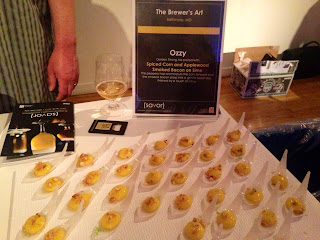 Unfortunately I couldn't get over the bizarre texture of the Spiced Corn and Bacon bite.  It was like an egg yolk exploded in my mouth... not a texture I want to have while drinking beer that's for sure but I did enjoy the Ozzy beer. 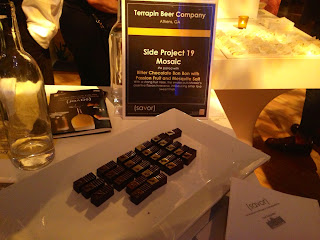 The guys from Terrapin were there pouring two of their newest beers the Tree Hugger and Side Project 19 Mosaic.  I really liked them both and the salty chocolate pairing was perfect. 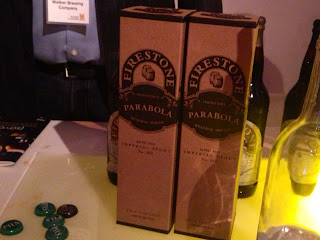 There were so many amazing beers it's impossible to name everything I enjoyed but there were some definite favorite like the always incredible Parabola from Firestone Walker and Sans Pagaie from the Bruery.  One of the biggest highlights of the event was attending the Three Floyds Salon to hear head brewer Barnaby Struve talk. 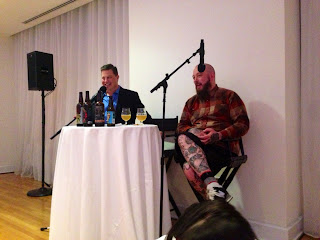 We got a tasting of four different beers including an incredible Double Pilsner called Evil Power that completely changed the way I think about that style of beer.  It was clear that everyone in the Salon was, as my Mother would say "feeling no pain" which made the talk a little bit unusual but it was still a fabulous time.  We continued the party into the weekend with a trip out to Alewife the following day and a ride up to Peekskill Brewery on Sunday.  What a great beery weekend!