February 24, 2008
I had a work function the other day and they ordered a bunch of pizza's from a place called Monty Q's on Montague Street in Brooklyn. 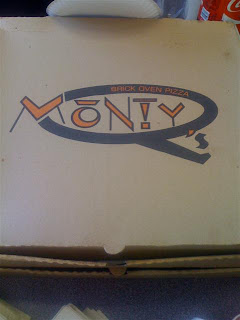 I had heard people I work with rave about this stuff so I was pretty excited to try it out. Pizza is such a funny thing. Although it is only made of three main ingredients people swear by some kinds and really hate other kinds. 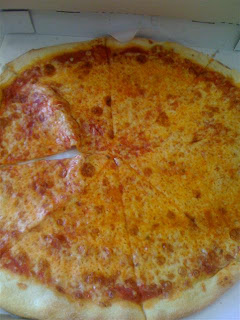 I grabbed a fairly small slice to start and tried it out. The first thing I noticed was the grainy bottom and crust. This is usually the sign of a brick oven pizza. The second thing I noticed was the sauce itself which was quite sweet. I actually like a tomato sauce that's more on the sweet side but I have to say the sweetness got to me a little on the 2nd slice. I don't think I could eat more than 2 because of it. 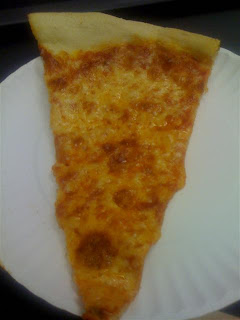 As you can see this slice of pizza is very thin and has an awesome floppiness to it that I love in pizzas. I also thought that the sauce to cheese ratio was perfect. 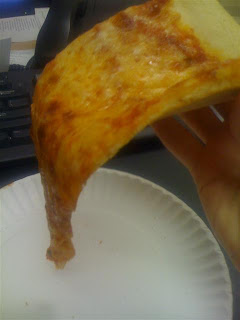 Because of the sweet taste of the sauce I actually added a little bit of parmesan cheese to the top, which I never do, and I really enjoyed it.

Okay now for the down side. I found that the pies were very inconsistent. A couple I looked at had bright white crusts and no bottom char which tells me they were undercooked.

Another pie I looked at had super thin slices on one half and thick on the other half like the dough wasn't properly tossed.

This was a large order so I can't be too hard on them. I am interested to try this place for a slice on a regular work day and see how it comes out. That will be the true test.