August 07, 2015
There's nothing better in life then sipping a delicious beer in the sun on a gorgeous summer day and on my recent trip to Western New York I got to spend the entire afternoon doing just that at Southern Tier Brewery. 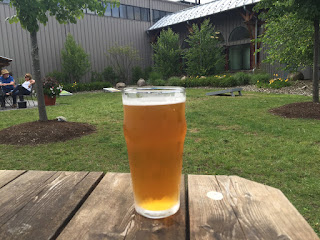 Located in the town of Lakewood, Southern Tier is probably best known for it's seasonal beer Pumking, a strong pumpkin ale that seriously tastes like a slice of fresh baked pumpkin pie with cloves and vanilla.  This is thanks to the huge amount of real pumpkin puree they put into each batch.   But don't just stop at the Pumking, this brewery has so much more.  Take for example the Hop Sun, a pale wheat ale with such a crisp lemon flavor and dry mouthfeel I would swear it was an IPA.  Or the deliciously dark Mokah; a rich imperial stout brewed with chocolate and roasted coffee. 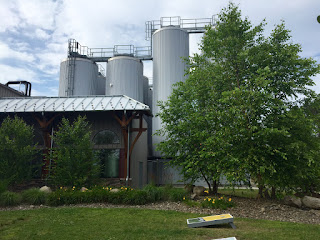 Obviously these guys brew A LOT.  Just take a look at those amazing tanks.  Southern Tier produces over 100,000 barrels of beer a year and distribute their brews all over the United States and even make it to Sweden.  The brewpub itself is one of the best I've visited.  In addition to the gorgeous tasting room inside with over 14 taps they also have wine and soda for those non-beer drinkers, a full menu of delicious food (get that smoky pulled pork) and a wooden stage out back perfect for concerts, festivals or just lounging when the picnic tables are full. 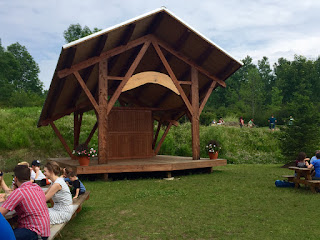 Southern Tier also has brewery tours given every hour on Saturday afternoons.   On my recent visit Christine was my tour guide and she actually made it fun.  I've been on a lot of brewery tours and I find that half the crowd is usually engaged and the other half could care less. Christine somehow had everyone laughing, involved and asking questions- it was fabulous! 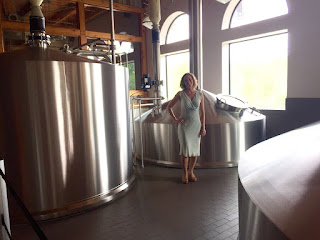 Okay full disclosure Christine is a good friend of mine but I wouldn't say she was a great tour guide if it weren't true!  That also means she's into good food so after you finish off that amazing Pulled Pork sandwich feel free to ask her for other food recommendations in the area.
I highly suggest a visit out to Southern Tier if your in the Western New York area- it's an amazing brewery and just a great way to spend the day.
Southern Tier Brewing
2072 Stoneman Circle
Lakewood, NY 14750
beer Brewery Buffalo Southern Tier Brewery