September 26, 2014
One of my favorite local breweries isn't even in NYC but across the Hudson River.  Kane Brewing is located on the coast of New Jersey and has been cranking out spectacular beer for three years now. Last night was their anniversary celebration at Barcade complete with 12 taps of Kane goodness.  I honestly planned to drink everything so I started with a few shorter pours. 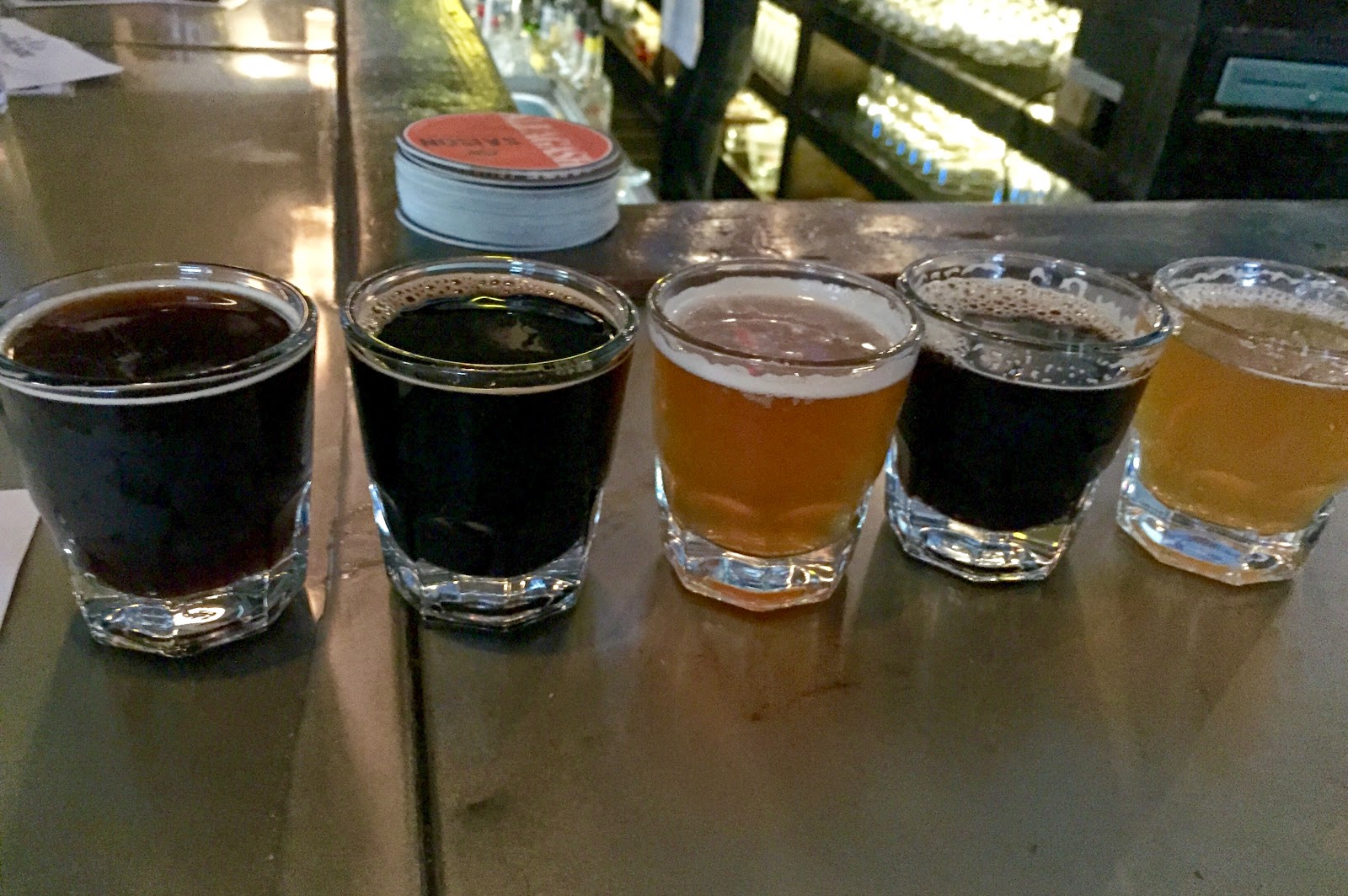 Highlights included the double IPA Overhead which is always one of my favorites... crisp and dry with lots of pine and citrus; Vanilla A Night to End All Dawns a massive stout loaded with flavors of chocolate cream, bourbon and Madagascar vanilla beans and the Sunday Brunch, a frothy imperial porter with flavors of cinnamon, maple syrup, chocolate and coffee.  It was almost like eating a big delicious plate of Cinnamon French Toast.

The event was crowded but not overbearing.  There may even be some great stuff left on tap today so get over to Jersey City and celebrate- Cheers!