March 27, 2013
When Tap Room 307 opened in my neighborhood I was incredibly excited.  Here's a bar, one block away from my apartment, that is supposed to serve great beer, delicious food and have lots of TVs for sports watching.   Unfortunately it completely disappointed me.  The service was terrible, the food was bad and although the tap list was good the servers had no clue how to pour a beer properly.  We decided to boycott it for a year and see if they could get their act together... this is what we've found.  They make a pretty delicious flat bread pizza. 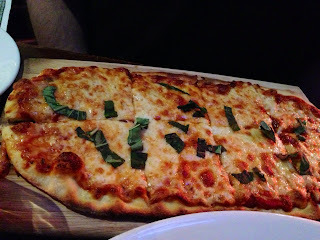 Tap Room has a wood burning oven in the back where you can actually sit and watch your pizza being made.  It arrives piping hot with a thin, crispy crust, lots of gooey cheese and fresh basil.  I think their pizzas may actually be the best thing on their menu although the Chicken Wings are another good choice. 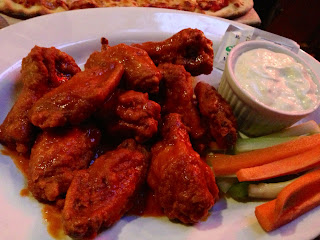 They're absolutely enormous with a great crunchy exterior and a nice spicy sauce.  The price is a little higher than most bars but the portion size is huge.  Stick to one of these food options and you'll be okay. 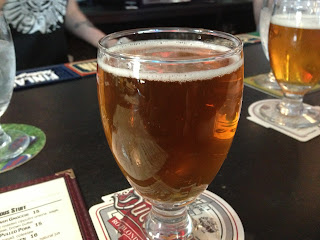 The tap list has been solid with breweries like Empire, Founders and Harpoon.  The staff still don't seem to know much about the beers but at least they've been pouring them better.  The service itself has gone from atrocious to sub-par... I guess that's a step up.  It will never be the bar I want it to be but it seems to have gotten a bit better.  Now if only they would update their beer list on their website once in a while...