September 07, 2017
The approaching Fall season always makes me think of three things-  food festivals, football and beer. And even though we still have a few weeks of summer left, there's some great events coming up this weekend to start the celebration. 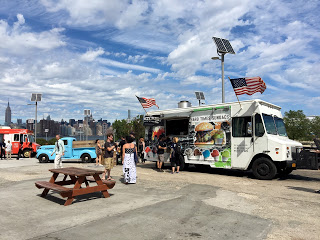 Taste Talks- This three day conference is coming back to Brooklyn for the 5th year in a row with a weekend full of tastings, food panels and awards curated by the great chefs Wylie Dufresne and Andrew Carmellini.   Friday night kicks off with the Tasty Awards at the Weylin Hotel where some of the biggest industry influencers like April Bloomfield (Spotted Pig), Amanda Cohen (Dirt Candy) and Ken Oringer (Toro) will present awards in 30 different culinary categories.

Saturday the symposium takes places with demos and tastings around sushi, wine and cocktails alongside the Future Food Expo which showcases everything new and exciting in food from around the world.  Sunday the fun continues with the awesome All Star Cookout where chefs pairs up to create new BBQ dishes just for the Taste Talk attendees.  I'm especially excited to check out this years "Mile Em Poutine" mashup from Mile End and Emmy Squared.

The festival runs Friday September 8th through Sunday September 10th.  Tickets are available on the Taste Talks website or can be purchased by clicking here. 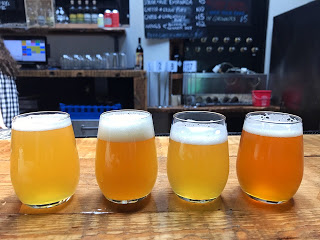 Interboro Spirits & Ales 1st Anniversary Party-  One of the best new breweries to open in New York City is celebrating their first anniversary Saturday with a release of brand new cans like Mad Fat Anniversary, Primo Remix and Castle Bushburg, a collaboration beer with Grimm; new canned cocktails like Hibiscus and Lime Gin & Tonic along with a host of great guest taps in the brewery tasting room.   This should be a fantastic day to celebrate for the ever growing NYC beer community and a great excuse to check out this spot if you still haven't been.