February 23, 2017
Dim sum restaurant Tim Ho Wan has dropped anchor in the East Village and the excitement for these cheap, Michelin starred Hong Kong eats has been non-stop.  The line on 4th avenue stretches around the block most days with waits often quoted at one to two hours.  Inside the small, sparely decorated space buzzes with happy diners ordering an array of small bites from the picture menu like the incredible Char Siu Bao. 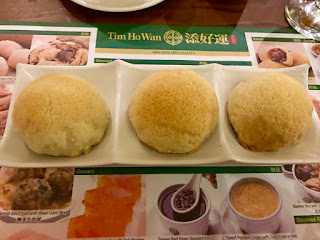 Those even slightly familiar with Cantonese cuisine should know of this popular bun stuffed with slices of barbecue pork.  Here at Tim Ho Wan the bun is baked with an outer shell that's both crisp and flaky with a slightly sweet flavor that reminded me of the egg buns my Polish grandmother used to bake. 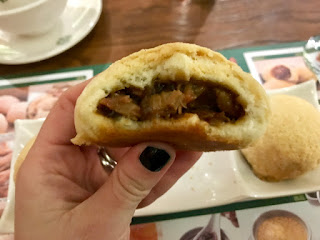 The inside is stuffed with thick pieces of chopped pork without the gristle or grease of other restaurants; just pure salty BBQ pork goodness.  I honestly never fully understood the allure of the Char Siu Bao until coming here and now I may never be satisfied by one again.  These are AMAZING. 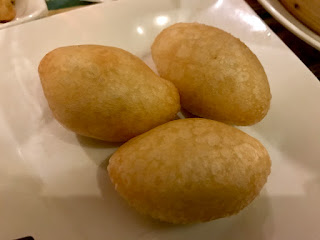 The Deep Fried Pork Dumplings were similar in texture with the outer shell being more like a slightly sweet cake. 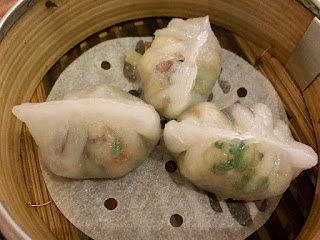 The only big miss for me were the Steamed Dumpling Chiu Chow style.  The outside shells were thin and rubbery which made the skin stick to the basket and rip apart. 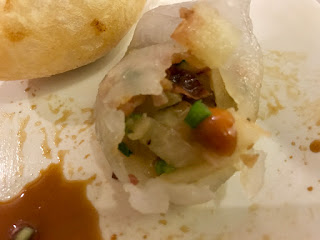 Inside the blend of chopped peanut, pork, dried shrimp and garlic sadly fell by the wayside as I was unable to get a full bite from any of the dumplings in my basket.

I was absolutely stuffed after this meal and even had to bring home a few leftovers with the total bill still under $20.00 (with a beer).  This is another fantastic addition to ever growing chain Asian restaurant scene in NYC.