July 21, 2016
BBQ and America go together just like beer and pretzels.  So 4th of July we headed to Fette Sau to celebrate and have a much needed meat fest. 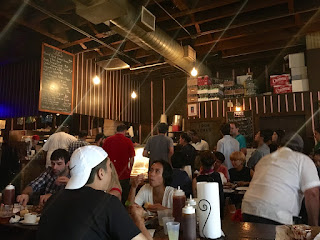 Fette Sau is set up very similar to Hometown BBQ with a counter in the back for ordering food, a separate bar focused on local craft beers and big communal tables both indoors and outside. The line was pretty long when we arrived but it ended up taking us only about 20 minutes to get to the ordering station. 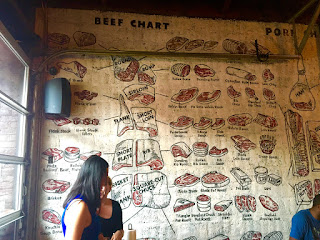 I was pretty bummed that the smoked pastrami and beef ribs both ran out before we got to the front.  I guess that's one of the downfalls of dining over a holiday weekend. However we did our usual over-ordering and had more than enough to eat with Spare Ribs, Pulled Pork and Brisket. 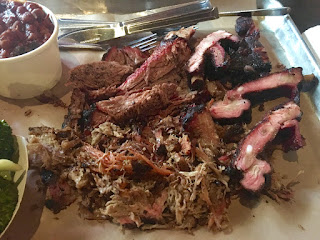 I really liked the smoky, crackly brisket that was right in between fatty and lean and of course the amazing side of Baked Beans. 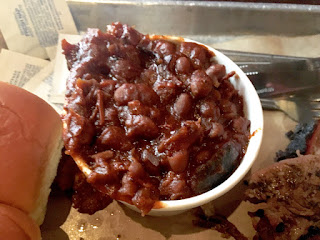 The sauce was a bit too rich but the massive amount of burnt ends inside that tiny bowl was astonishing.  There were so many huge chunks of meat! Plus they gave us those slightly sweet Hawaiian rolls instead of plain bread which is a big win in my book. 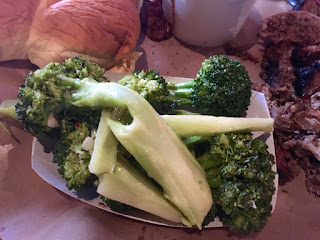 Another surprise win was the side of Broccoli Salad.  It was bright and sour, not quite pickled but with great acidity for cutting through the fatty meat. 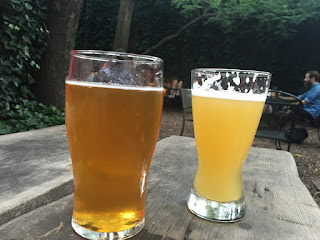 After dinner it was over to Spuyten Duyvil for some relaxing beers in the backyard followed by rooftop drinks and fireworks. 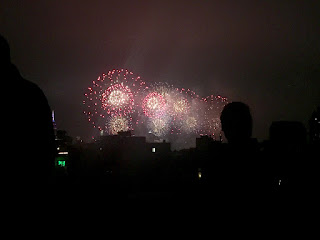 Another great 4th of July in the books!