September 28, 2015
New Yorkers are constantly debating the "best" of everything in the city.  The best bagel, slice joint, cold brew coffee and soup dumpling are constant topics of conversation.  So when I found myself out in Woodside for a full week of work I just had to check out one of the highly debated "best" Thai restaurants in the city SriPraPhai. 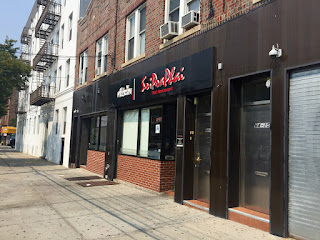 This place is apparently packed on the weekends but my visits during weekday lunch were downright relaxing.  In fact on a sleepy Monday afternoon stop the restaurant was relatively empty. 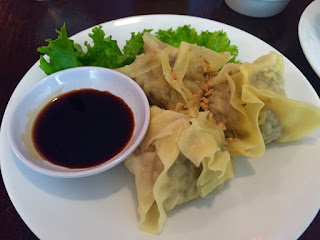 To begin delicious Shrimp and Chicken dumplings wrapped in a paper thin dough... 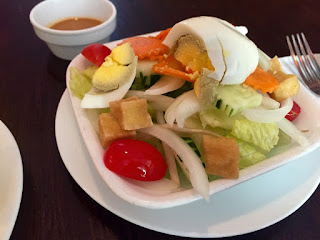 Thai Salad with hard boiled egg, tofu and a spicy peanut dressing.  The tofu in this salad was so hard I probably could have chipped a tooth.  I have absolutely NO idea why I ordered this instead of the Papaya Salad...bad call on my part. 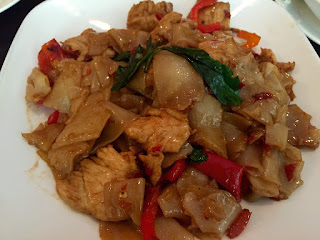 For main course Drunken Noodles with Chicken.  I went medium spicy and it had just the right balance of basil and peppers.  I ordered this dish on two separate occasions; once the noodles were a pile of mush and the second time they were perfect. 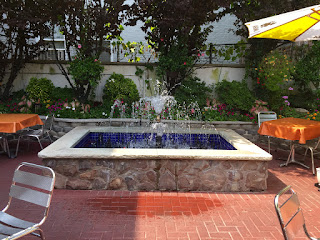 Overall I found SriPraPhai to be like many Thai places in the city...incredibly delicious at times but wildly inconsistent depending on who's working. Where SriPraPhai does take the lead is in atmosphere.  Their outdoor garden was a wonderful respite for catching some late summer rays. 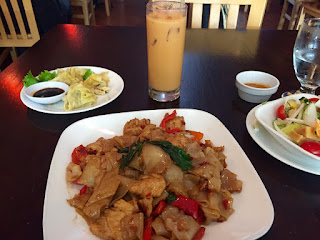 And for just $15 including a Thai Iced Tea their lunch special was an absolute steal.