October 15, 2014
Peter Lugers is known best for their mammoth Porterhouse Steaks but their Burger also shares the rave reviews.  It's available only at lunch time, so when Mr. T and I had a rare afternoon free we hopped on the train over to Williamsburg. 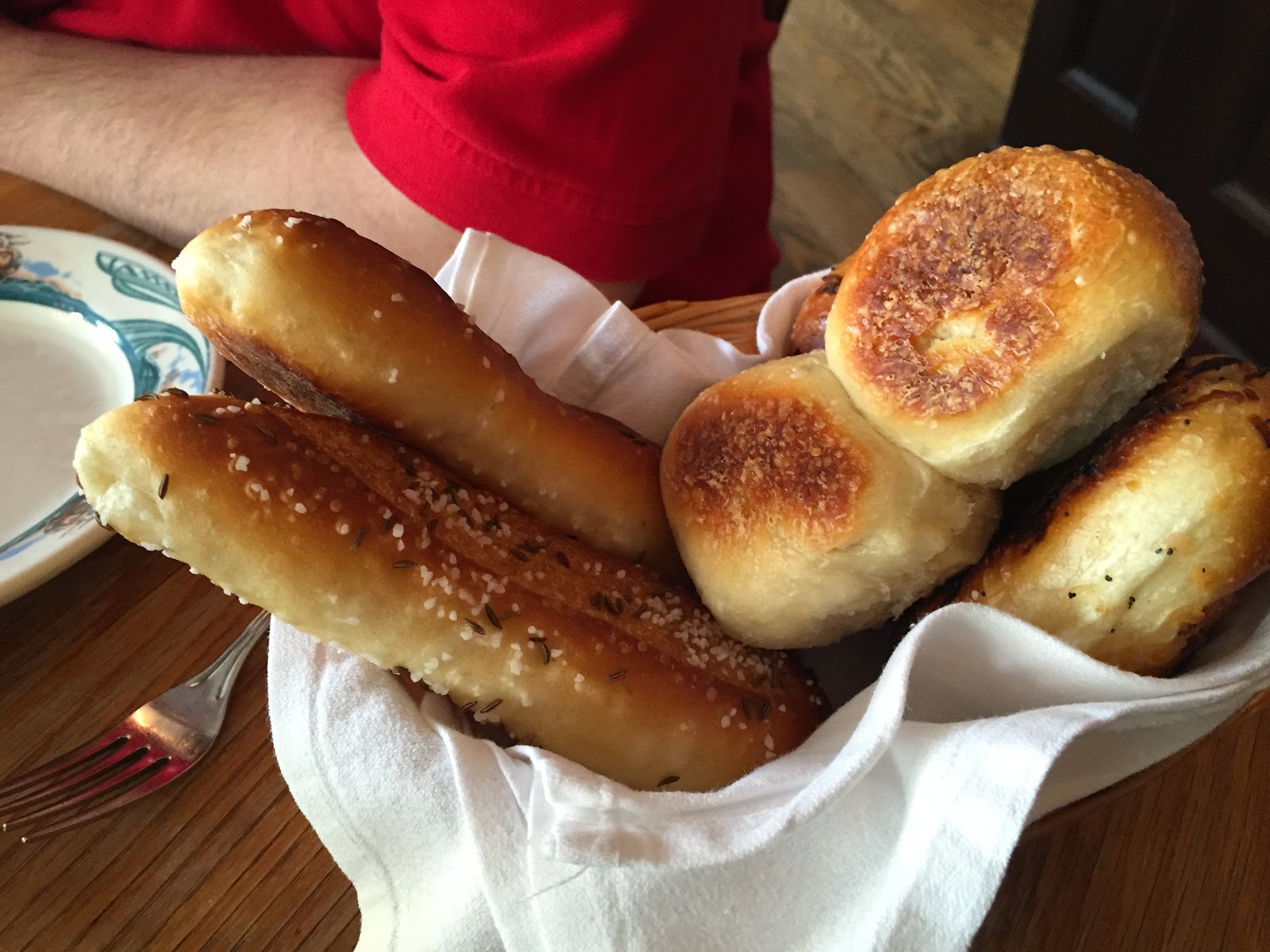 Luger's is almost exactly the same during the day as it is as night.  The same long lines of people swarm front room, the same gruff bartenders pour drinks behind the bar and the same basket of bread greets you upon arrival.  I try to ingest most of my carbs in the form of beer but I just can't pass up these long fluffy rolls sprinkled with coarse salt and rye.  It's the closest thing to a Kimmelwick Roll this city offers. 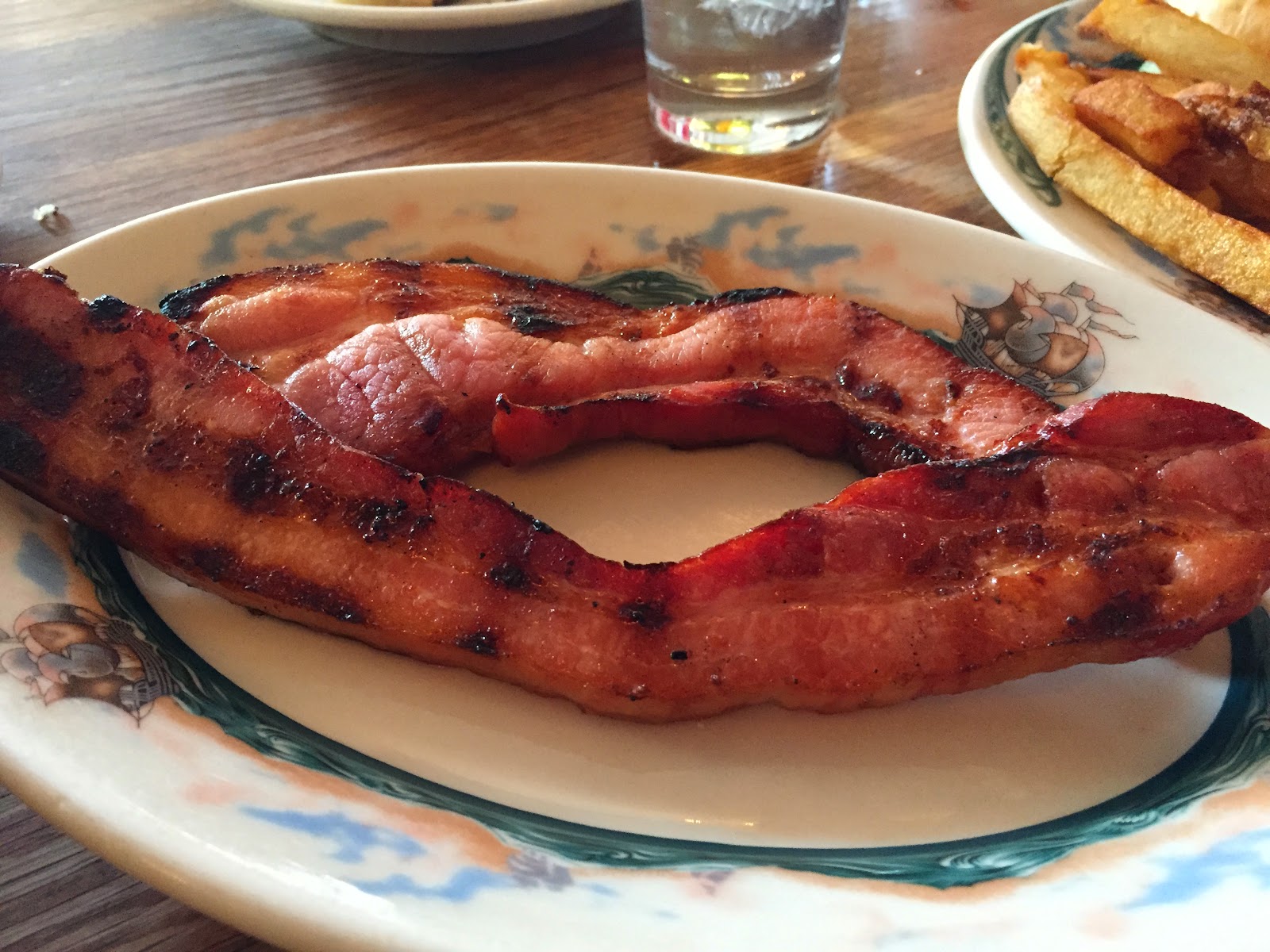 The incredible bacon also makes an appearance at lunch.  It's thick and meaty...perfect on its own but extra delicious with the Luger Steak sauce (which is actually quite terrible on steak IMO but oddly delicious on the bacon). 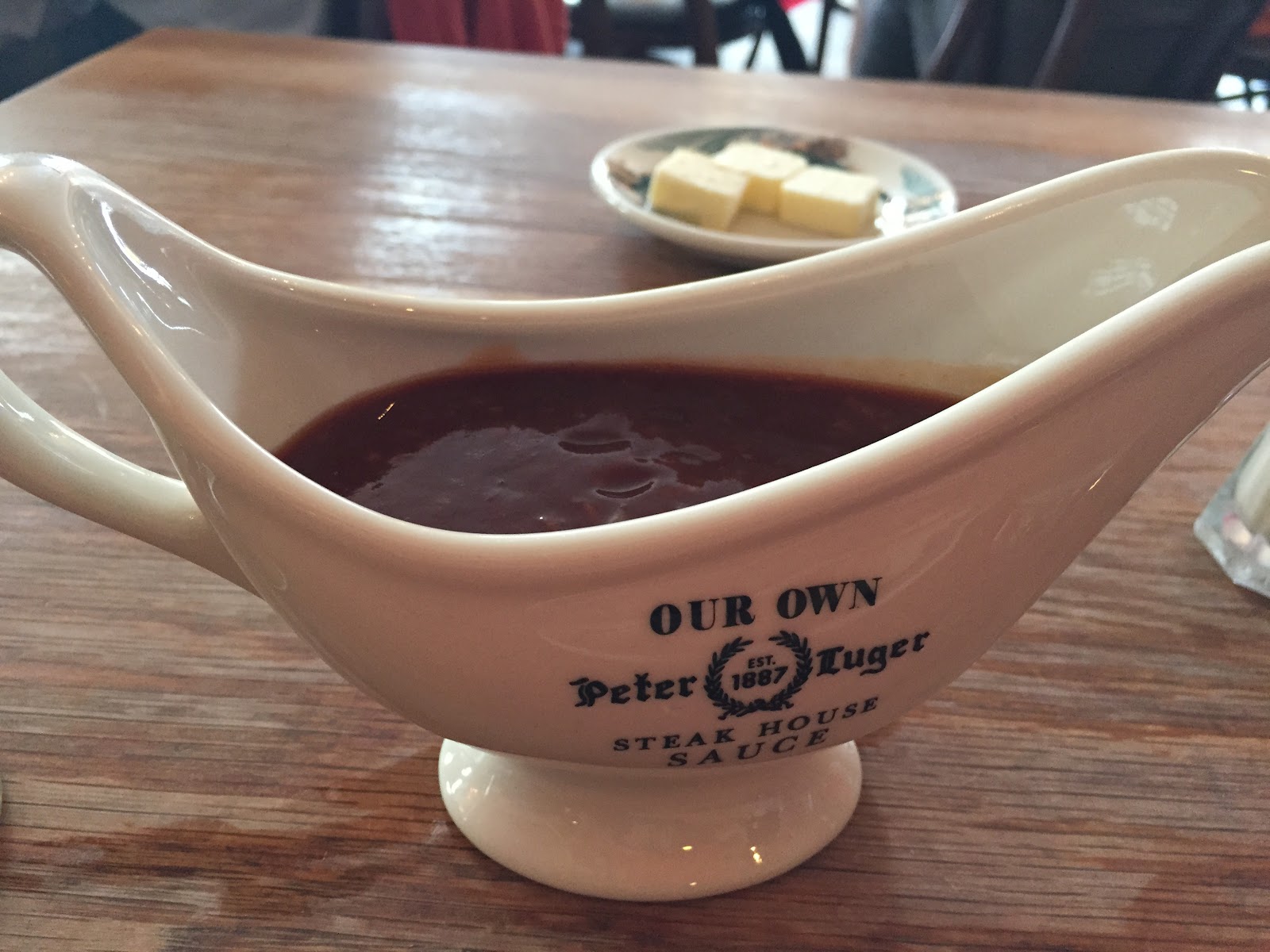 ThePièce de résistance of course is the burger...made from over a 1/2 pound of dry aged beef with an incredible funk and lots of juicy innards held perfectly together with a soft buttery bun. 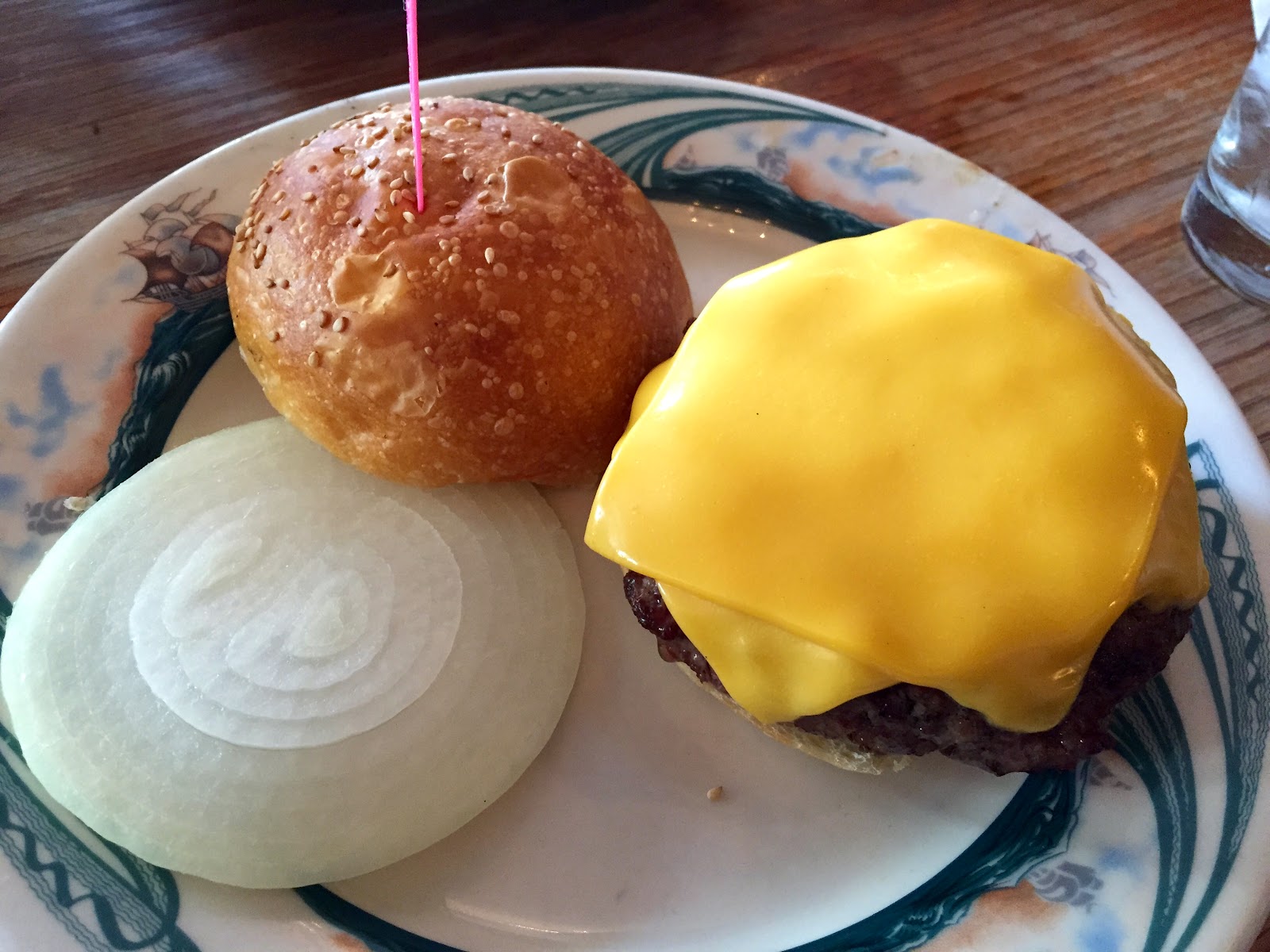 For only $16 this burger is one of the best deals in the city and a great reason to return to Luger's more often.  Throw in a couple chocolate coins in the end and you even get dessert!