October 02, 2018
Friday morning we kicked off our day with a delicious Belgian waffle,  then headed back over to Cantillon where we had spent most of the day before.  We just had to get one more bottle of that delicious Lambic D'Anuis. 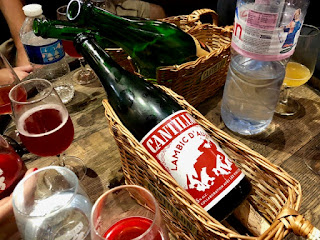 Of course that one bottle turned into about five more other wonderful delights but finally we pried ourselves away and hopped on a train to Denderleeuw for lunch at De Heeren van Liedeckercke. 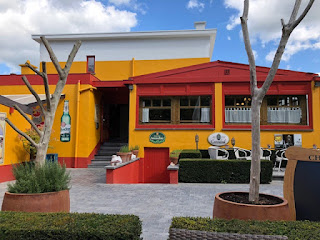 De Heeren opened its doors as a specialty beer cafe back in 1991 by owner Joost de Four.  He had always wanted to sell lambic and reached out to various brewers in the area to stock his bar.  However one brewer, Armand Debelder from 3 Fonteinen, refused.  He would not allow Joost to sell any of his bottles without first being trained on how they were made.  So Joost was trained by the great Armand himself and today De Heeren is known as one of the best lambic bars in the entire world. 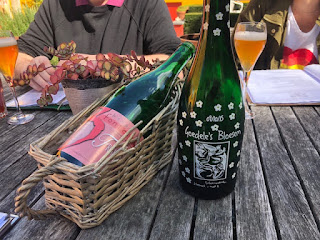 In fact many brewers have created special lambic just for Joost and De Heeren like the elderflower Goedele's Bloesem, brewed by Brouwerij Lindemans to celebrate the birth of his second daughter to wife Jessie. 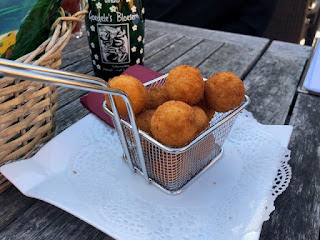 In addition to the extensive bottle list the food at De Heeren is absolutely fantastic.  Mr. T and I had been dreaming about the piping hot Cheese Croquettes since our last visit.... 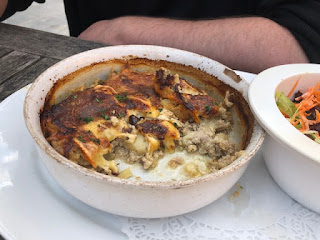 ... and the rich, hearty Orvalliflette with mince meat, potato, Orval cheese and beer. 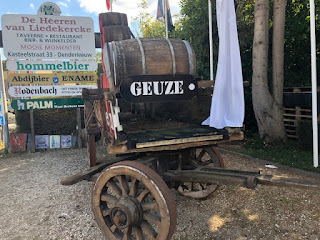 We spent most of the afternoon lounging in the sun filled tables out back, sipping on gueuze and lambic until it was time to head back into Brussels for some more touring around. 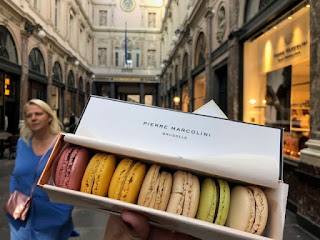 I love walking through the gorgeous Galeries Royales Saint-Hubert.  My favorite macron shop just happens to be inside Pierre Marcolni. 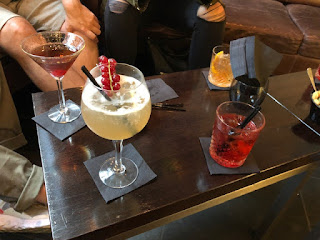 Then we made a quick stop at the Belga Queen for a cocktail before heading to Moeder Lambic to cap off the night. 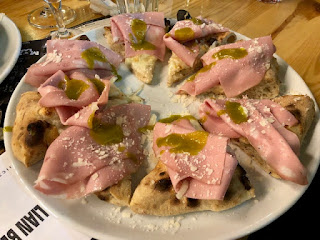 Moeder was having an Italian beer festival that weekend with over 40 drafts from places like Birrificio, Hammer and Menaresta brewing along with an outdoor pizza oven churning out some fluffy Bologna style pies like the Via Emilia with Mortadelle, Pistachio and Parmesan... 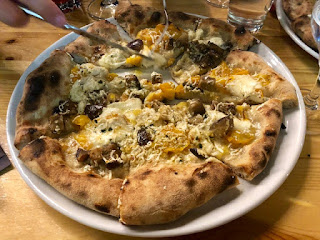 ..and the Fuori Norma with smoked ricotta cheese and yellow tomato.  It was the perfect excuse to spend the evening beneath the stars with some wonderful food and drink.