February 26, 2018
Saturday morning we woke up and went straight to Wakefest at the Mana Wynwood.  It started out as an absolutely gorgeous day, about 75 degrees with some big fluffy clouds in the sky.  Mr. T and I had VIP passes which meant an hour early access to the festival and a pretty sweet tasting glass. 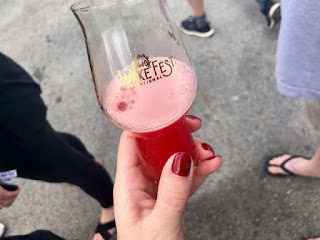 This full hour was incredible.  There were absolutely zero lines at any station we visited.  We were able to walk the entire fest up and down at least three times getting everything we wanted before the crowds started to arrive at noon. 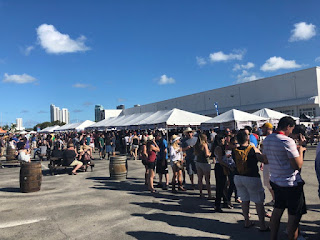 The VIP passes also meant a special VIP Tent where some of my favorite beers were being poured like the insanely delicious I Let My Tape Rock, a maple rye barrel aged stout made with Mostra JBM Coffee, coconut and vanilla beans and Trillium latest Bourbon Barrel Aged Affogato that reminds me of drinking a fudgy bourbon marshmallow. 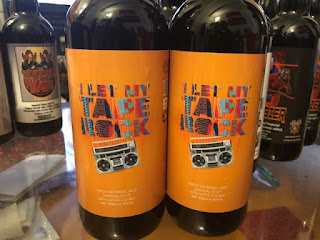 But the very best part of the VIP tent may have been the fantastic Paella that we consumed throughout the day.  Loaded with shrimp, calamari and peppers, this was one of the tastiest paellas I've ever tried. Unfortunately as the day went on the clouds moved away and the sun started to beat down pretty badly. Besides the VIP tent there really wasn't any shade so about four hours into the fest we headed out to cool down and grab a late lunch at Jimmy'Z Kitchen. 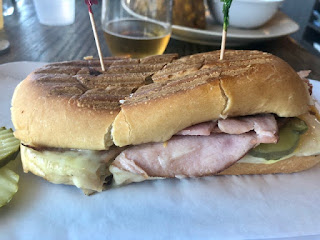 This fast casual spot turned out a pretty mean Cubano sandwich layered with thick chunks of roasted pork, sliced ham, melted Swiss cheese and a slather of mustard and pickles. 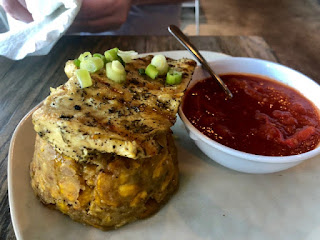 Mr. T ordered their Chicken Mofongo but unfortunately everything had been cooked in cilantro, which meant he couldn't eat any of it. 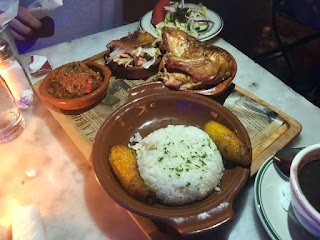 So we switched gears again and headed into Brickwell for a bite at Havana 1957. Mr. T was able to get his Cuban fix satisfied with a full spread of their signature dishes including Pollo Havana, spicy ropa vieja and some rich, tender lechon.