December 30, 2016
2016 was another fantastic year for craft beer especially in New York City.  New breweries have been popping up at an amazing pace and the demand for local beer is at an all time high.  Of course with such quick, rapid growth comes growing pains which can be witnessed at a Saturday morning Other Half can release where lines start as early as 1:00 AM or the crazy race for Grimm cans that fly off the shelf in minutes.  Hopefully things in 2017 will bring a bit more calm to the beer chase but it's wonderful to have so many great brews in our own backyard along with these five fabulous beauties.  Cheers to the New Year! 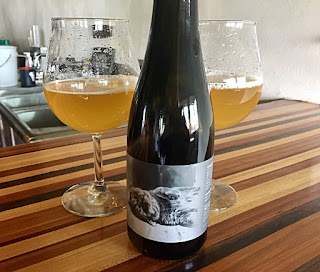 I probably could have written a"Best of List" for 2016 with just Hill Farmstead beers and there would be little to argue about.  Shaun Hill is a master at brewing and his recent bottle of Clover was one of my favorites to date.  A blend of three different saison's Ann, Art & Flora, aged for 12-22 months, this beer is a stunning example of the Hill Farmstead style.   Aspects of each individual beer are present beginning with the creamy, bubbly carbonation up front, bright fruit and floral notes and crisp white wine finish.  It's an absolute beauty. No wonder they've been named Best Brewery in the world by Ratebeer three out of the last four years. 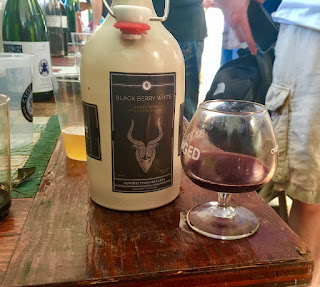 I first had this incredible mead Hunahpu weekend in the midst of a large bottle share. Fantastic, hard to find beers were being opened all around but this mead stood out among all the rest.  It was so smooth and creamy, rich yet delicate with big bold berry flavors that reminded me of a fluffy fruit topped cheesecake.  There's no syrupy finish as in other meads, just subtle honey and delicious berry perfect for pairing with food but delicious enough to enjoy on its very own.
Cigar City- Decoherence 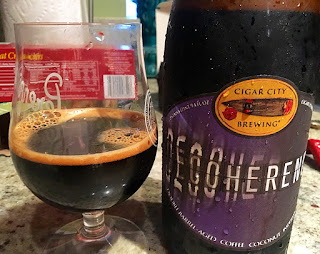 This luscious beer is a blend of two different Cigar City brews; an imperial stout aged in Brandy barrels and an imperial porter aged in Bourbon barrels. The blend is then aged on roasted coffee beans and toasted coconut giving it a rich creamy coffee, milk chocolate and coconut flavor with layers of oak, brandy, vanilla and bourbon on the finish.  It's big, bold and intensely gorgeous.  If your obsessed with coconut beers as I am this is a sure fire winner. 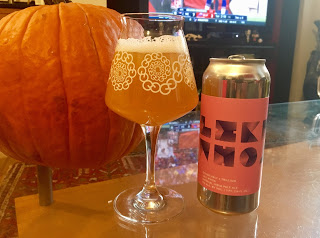 My favorite hoppy beer of the year was a collaboration between Other Half and Trillium- Like Whoa.  This Double IPA pours a hazy golden orange with a small fluffy white head that quickly dissipates.  The aroma is an explosion of tropical fruit- mango, pineapple, orange peel and sweet papaya with big juicy flavors reminiscent of biting into a crackly bruleed slice of orange.  I absolutely love this beer. 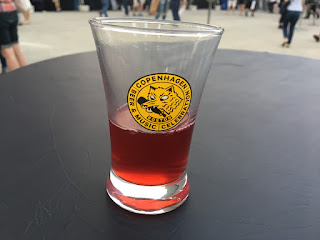 This wonderful Lambic was poured at all three sessions of the Copenhagen Beer Celebration in Boston and I probably had about 10 glasses.  I just couldn't stop myself.  I was blown away by the soft flavors of Madagascar and Tahitian vanilla beans rounding out the jammy raspberry base with such balance.  Bokkereyder is currently just a one man operation in Belgium but Raf is already making a big splash in the beer world.  Look for a lot more excitement from this brewery in the coming year.
beer Bokkereyder Cigar City Brewing Hill Farmstead New Brew Friday Other Half Other Half Brewing Superstition Meadery