November 03, 2014
The third and final day of the Congress was my absolute favorite.  I started outside in the sun at the Southern Pride BBQ tent.  Aaron Siegel of Fiery Ron's Home Team BBQ was smoking some Chicken Wings with Alabama white sauce. 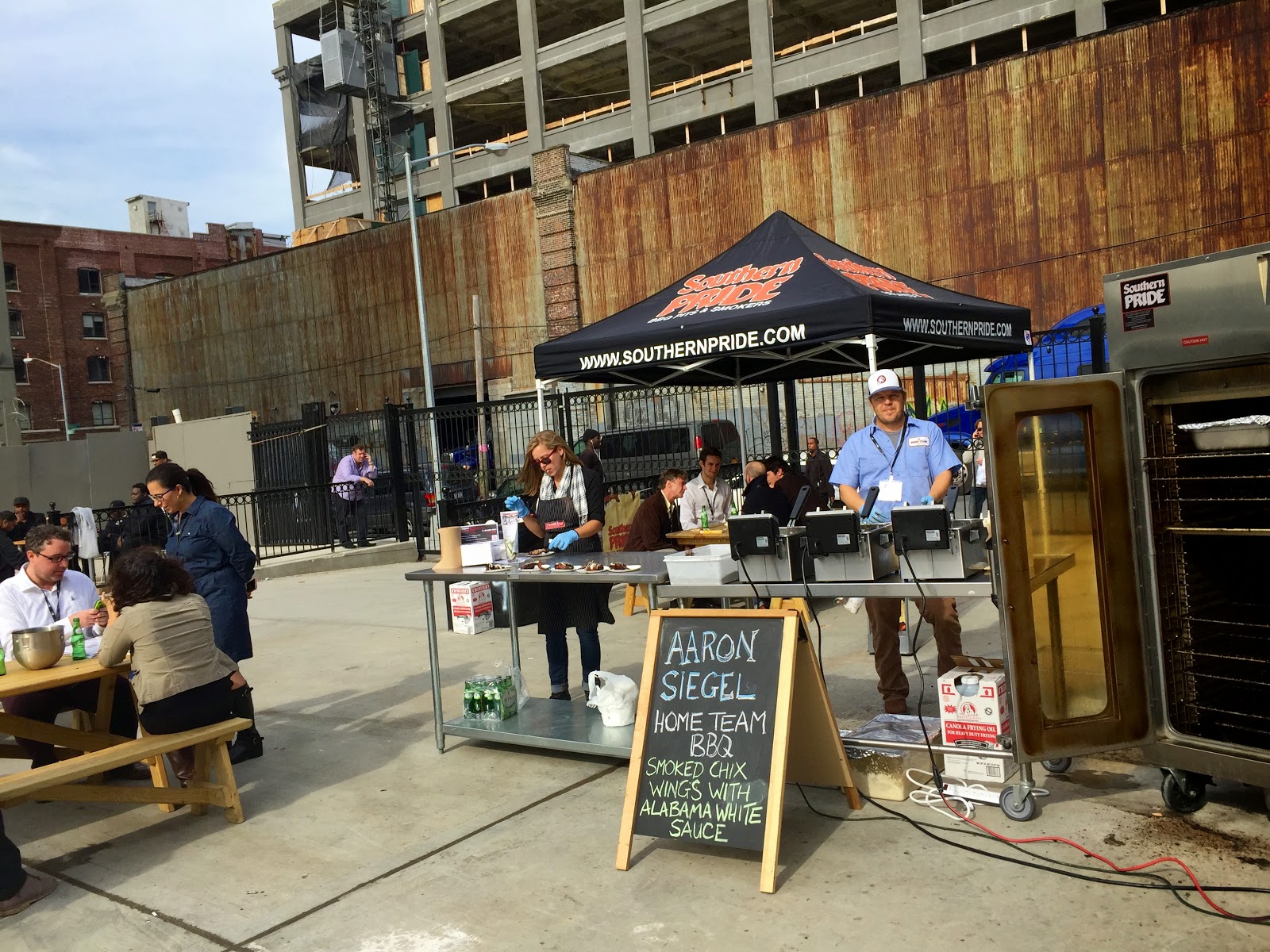 Wow this was a perfect BBQ wing...super moist chicken meat, intense smoky rub with just a hint of spice playing off the creamy sauce. The woman to my left at the table claimed it to be a life changing wing...she really wasn't far off at all- it was fantastic. 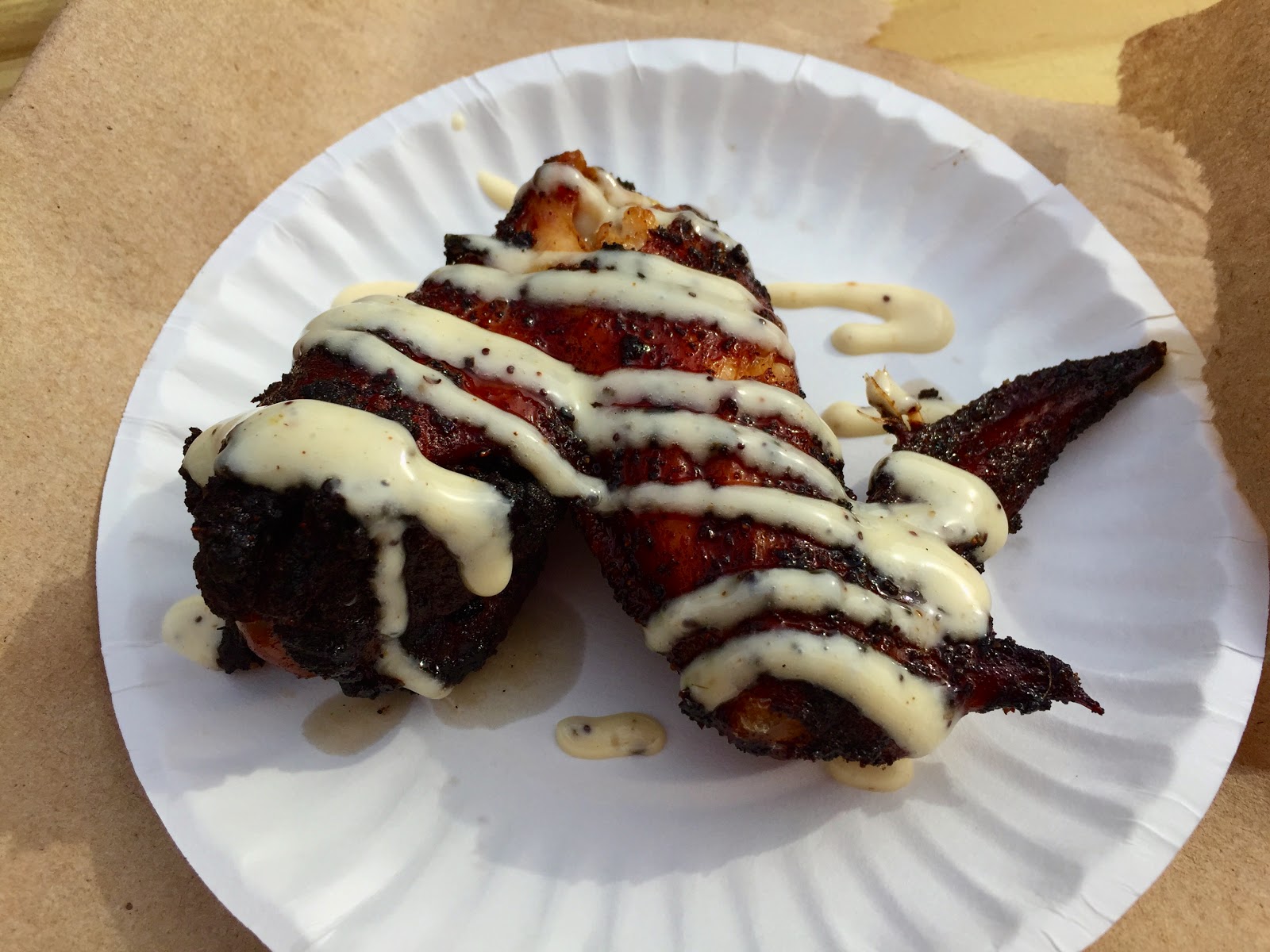 Inside the EAT@ICC was a full on New York City showcase. 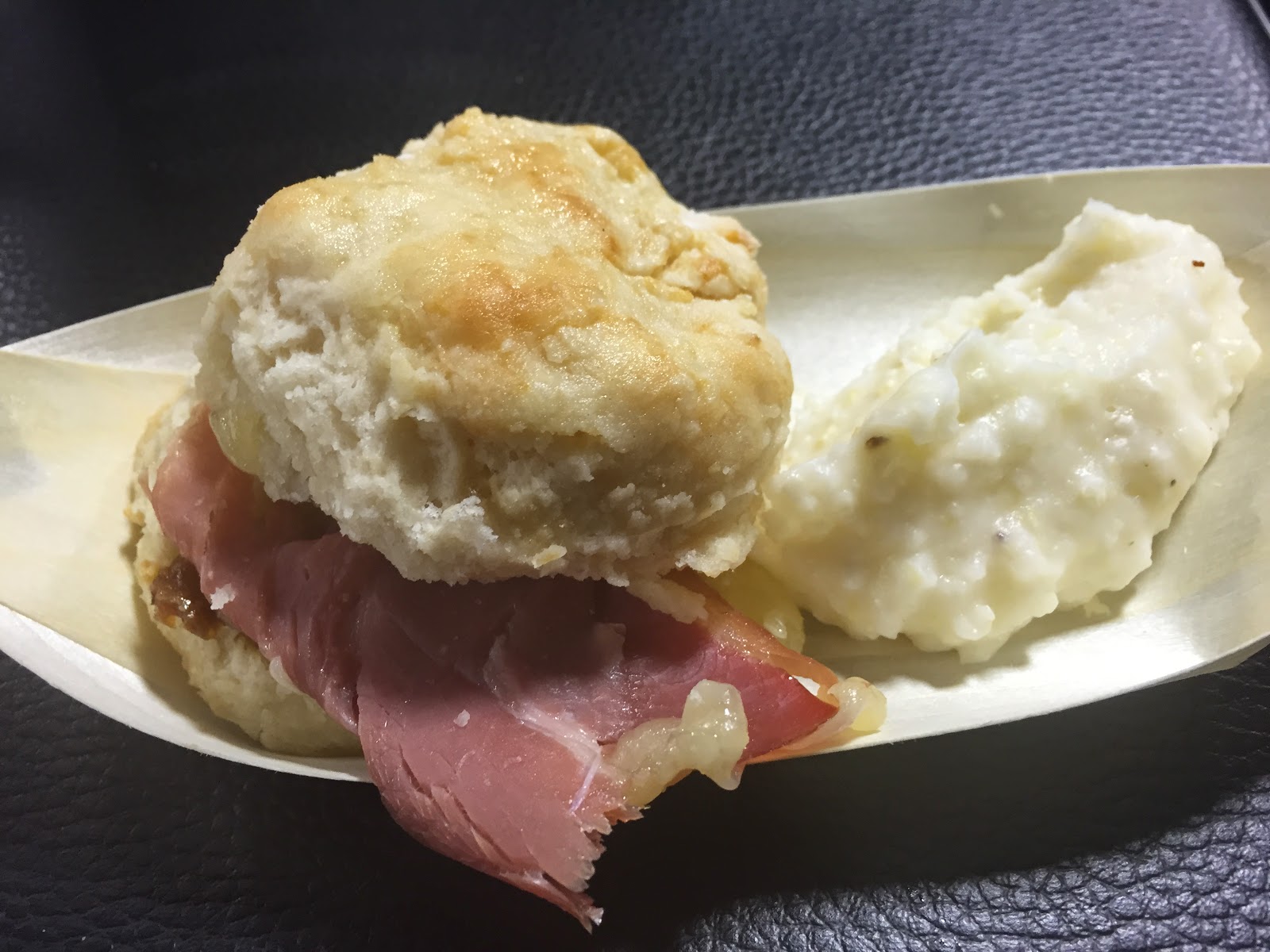 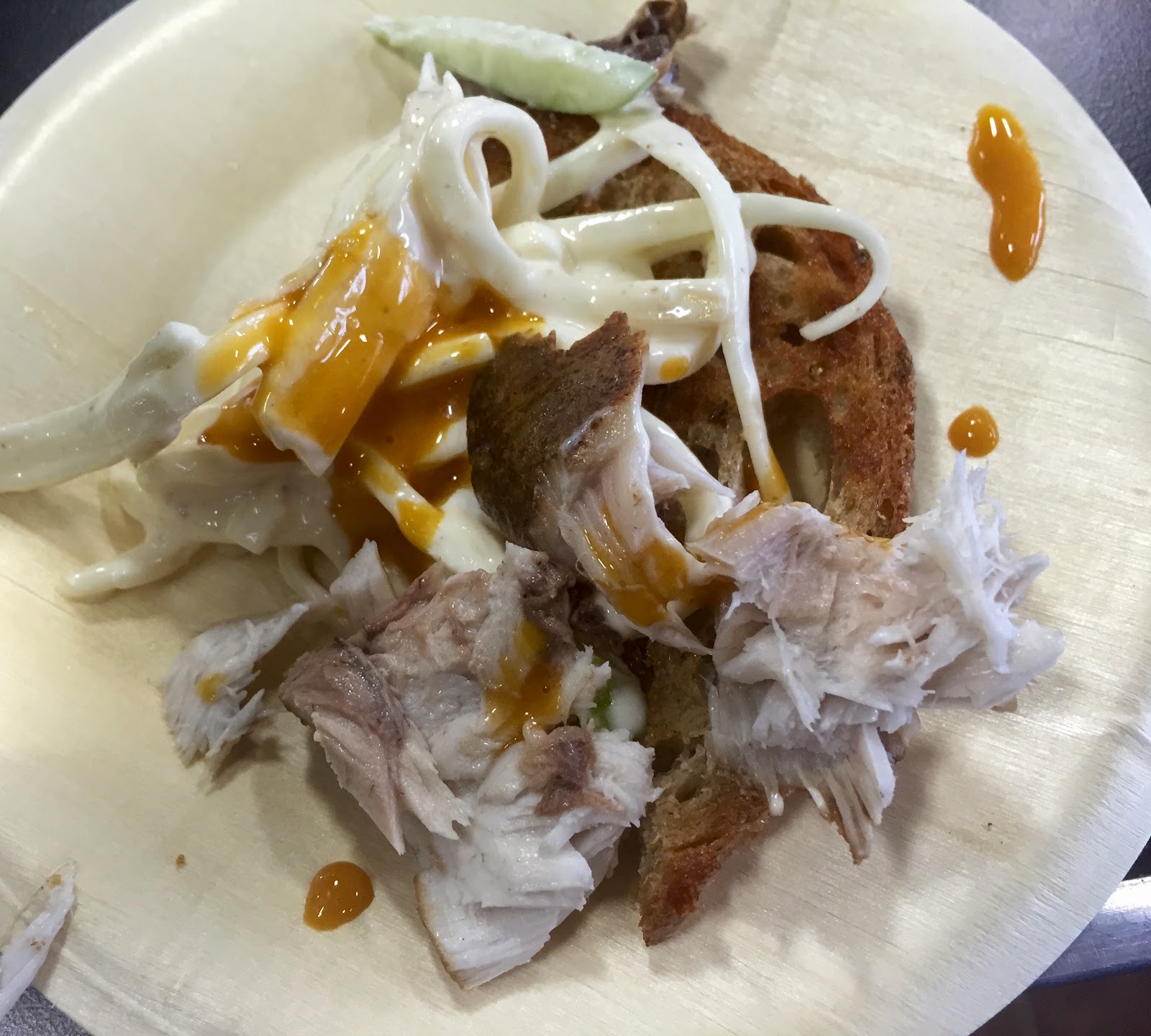 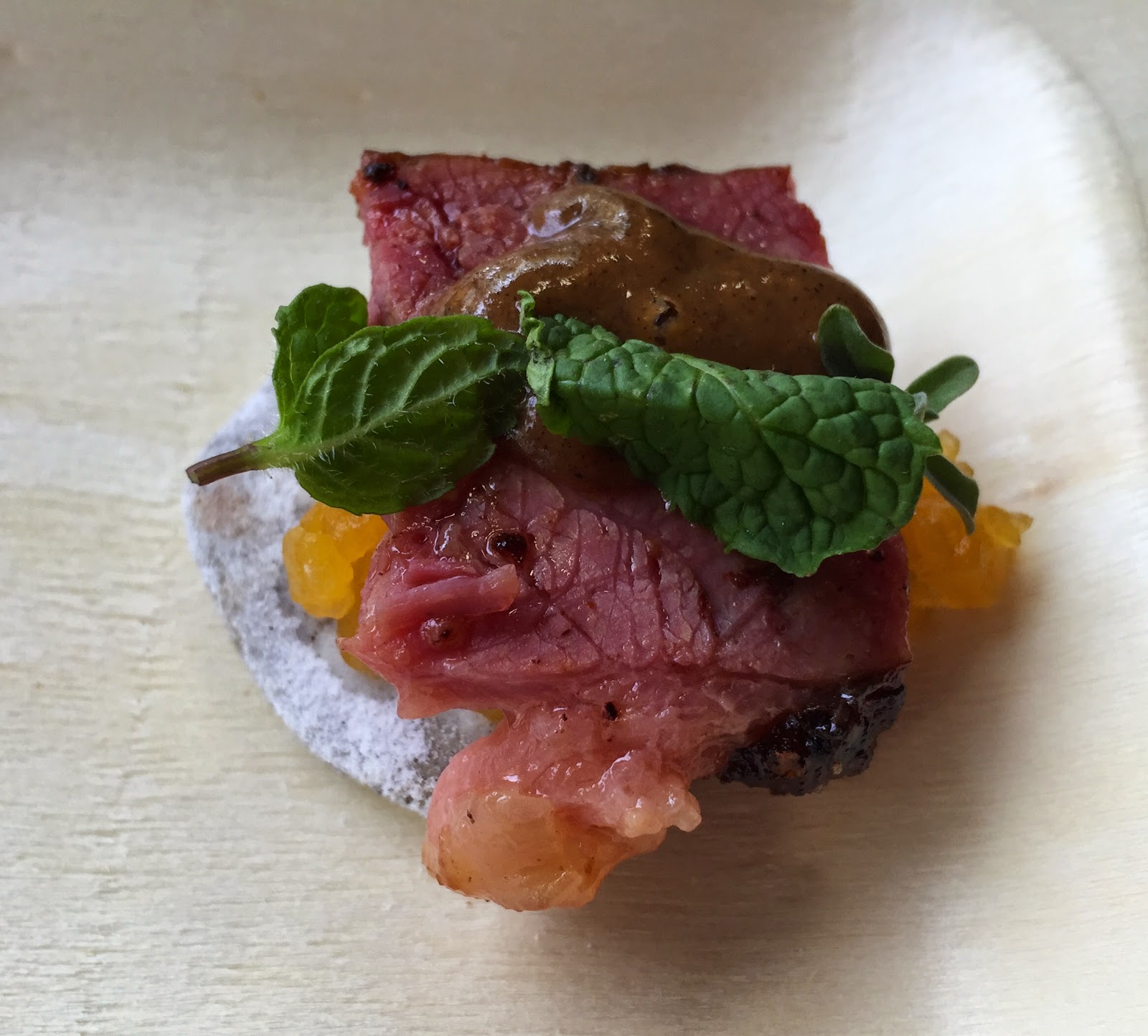 ...and Brisket Pibli from Mike Poiarkoff of Vinegar Hill House. 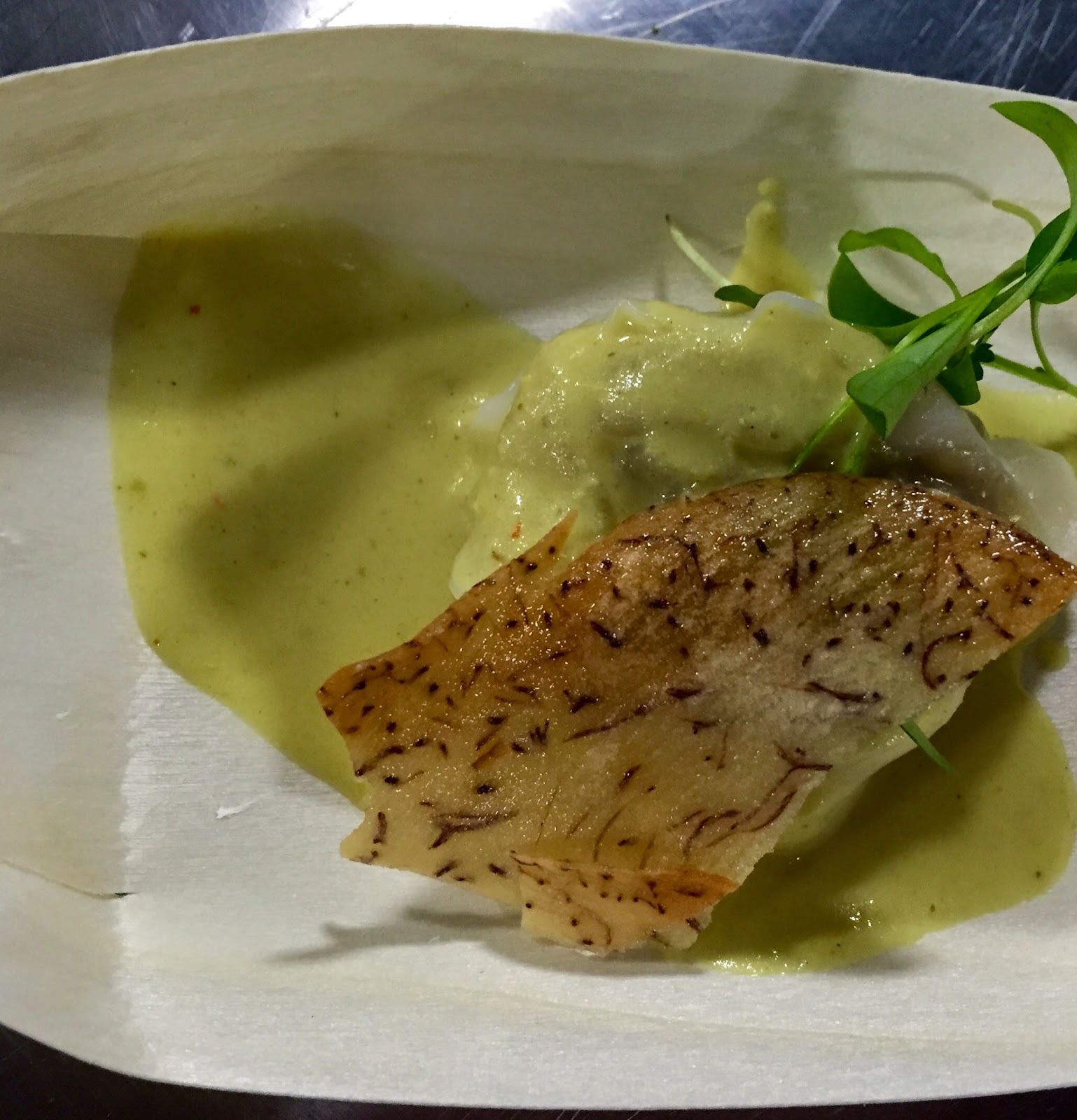 The Oxtail Dumpling with Green Apple Curry and Taro Root from "JJ" Johnson of The Cecil was the perfect medley of rich, sweet flavors in one glorious bite... 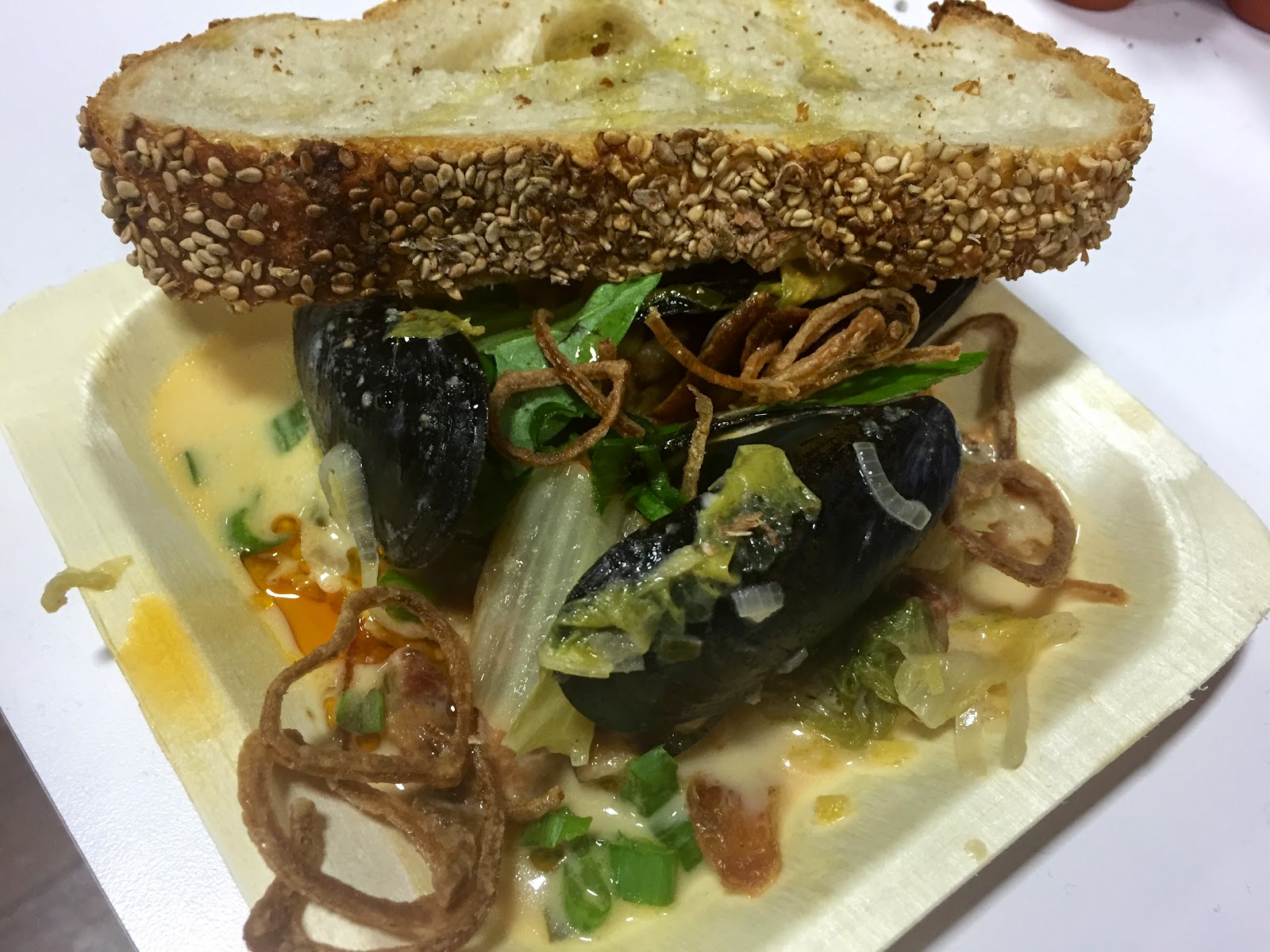 ...and the Korean-style Mussels from Joe Isidori of brand new Chalk Point Kitchen were amazing. This place has moved to the top of my must-do list after tasting this dish. 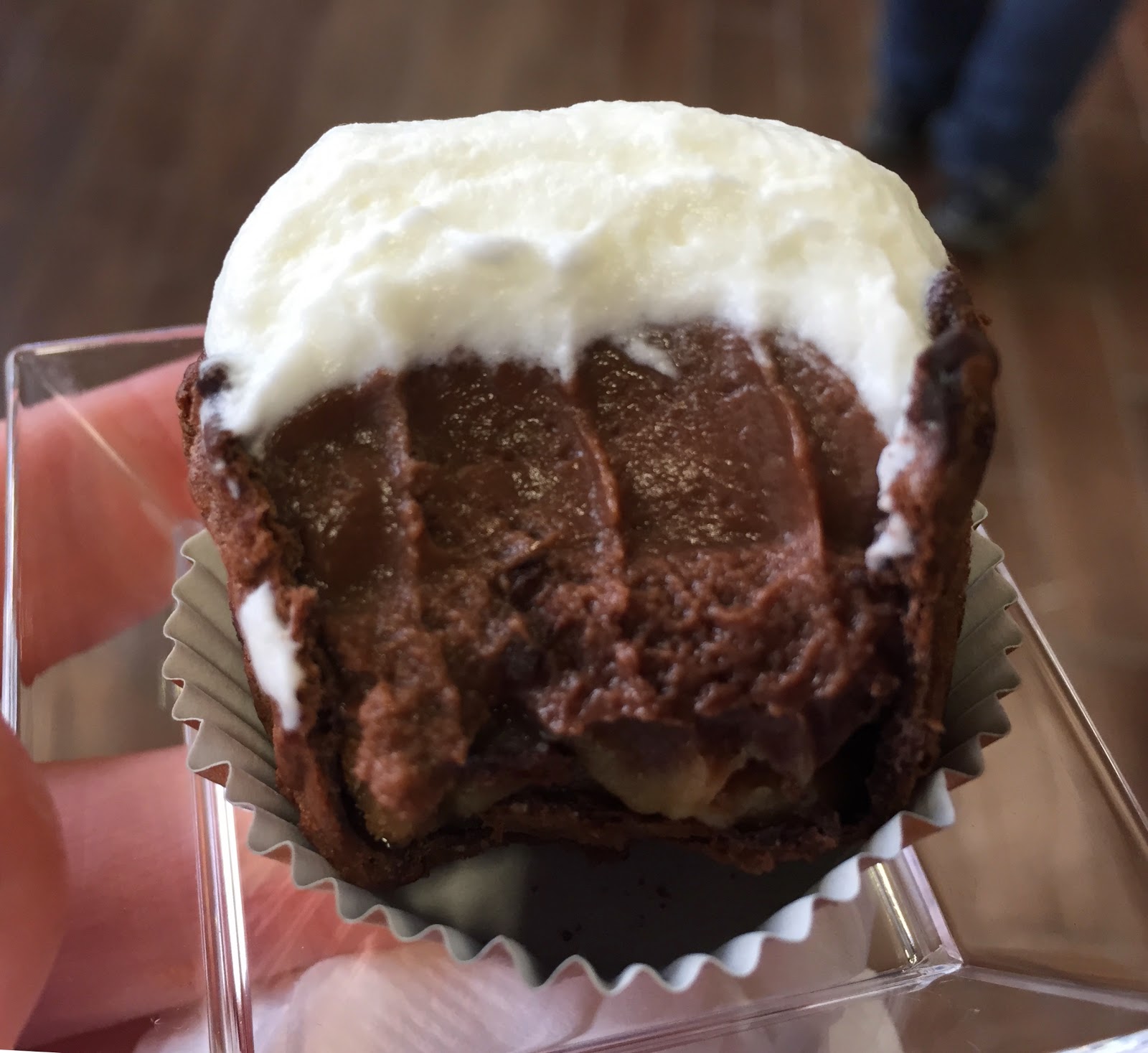 Of course the were an array of sweets like the sinful Frozen Mud Pies from Dana Creed of Blackbird in Chicago...that crisp outer cookie shell was impossible to resist. 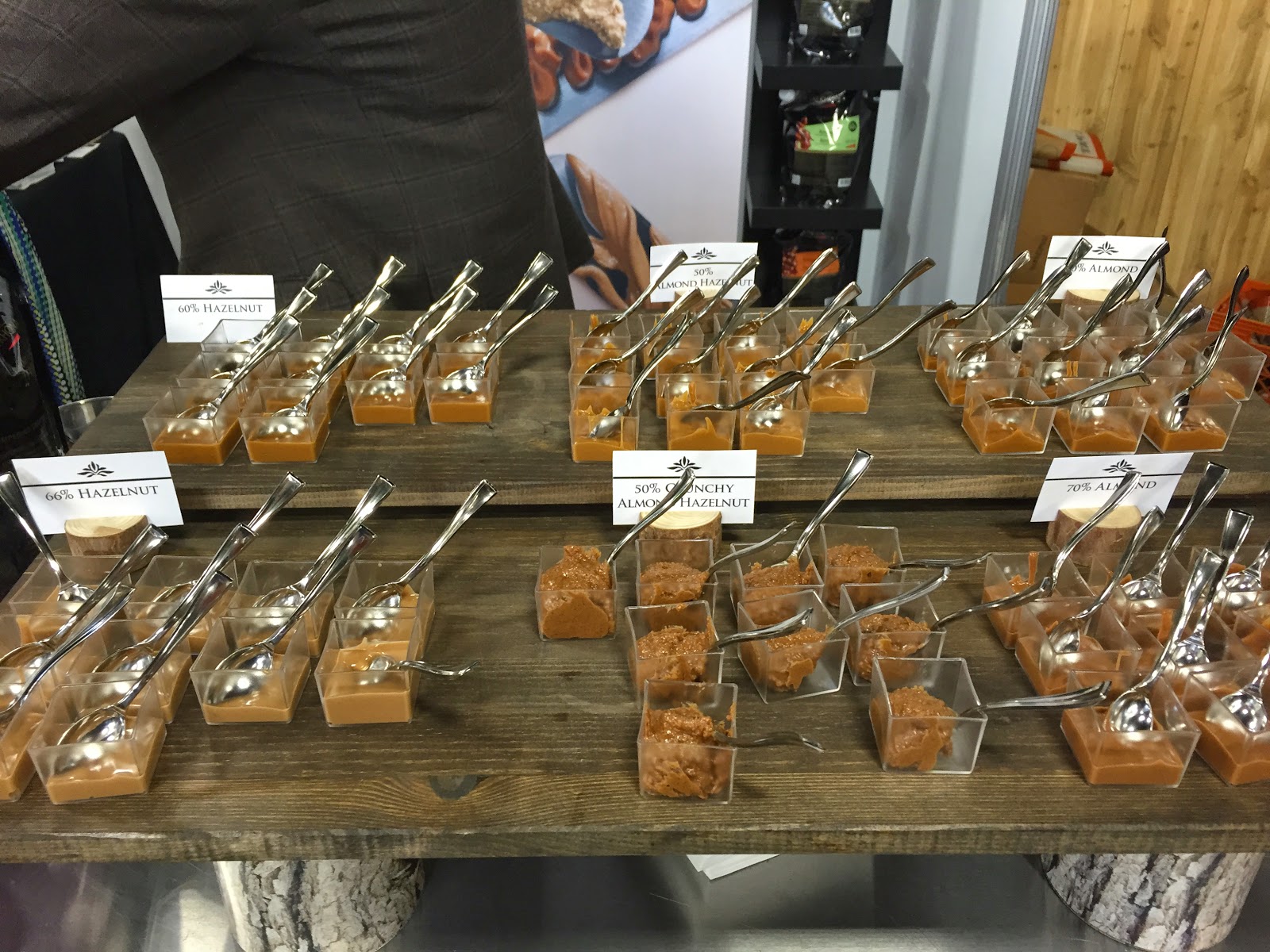 I also spent a good amount of time sampling the chocolate from Valrhona Chocolate Bar because let's not lie... a table like this is my absolute dream. 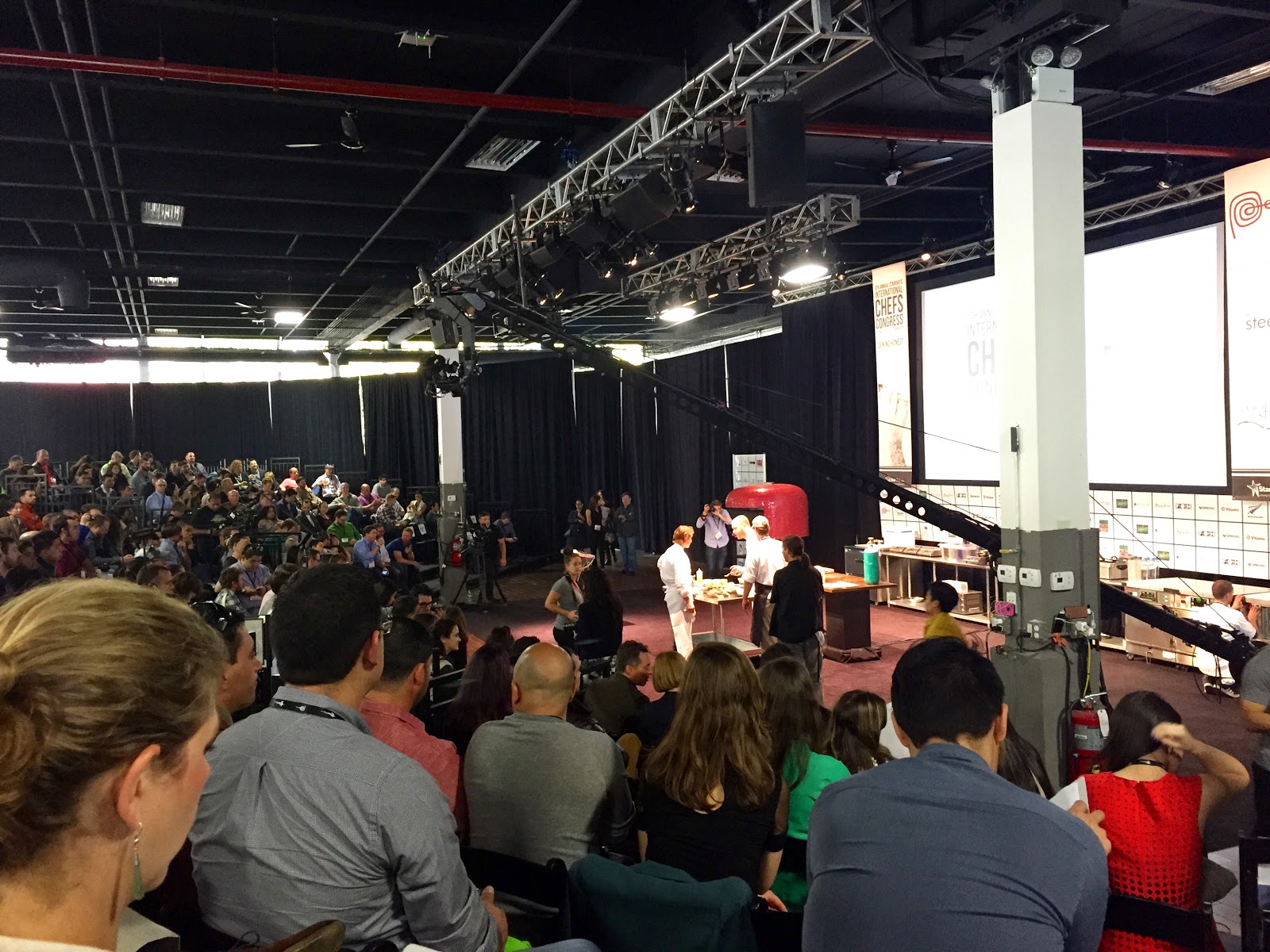 The afternoon was filled with presentations from the great Grant Achatz of Alinea and Enrique Olerva from NYC's hottest new restaurant Cosme. 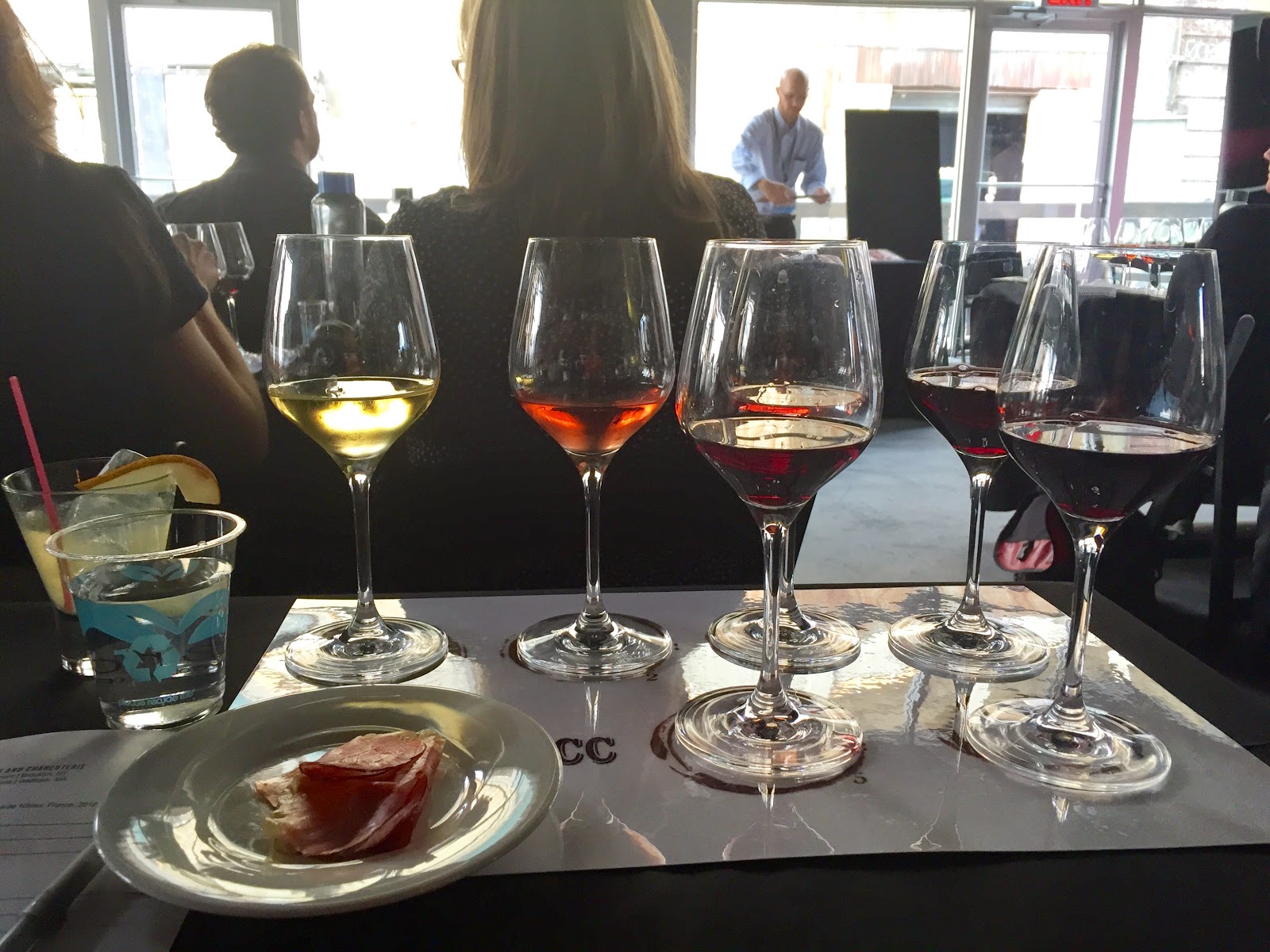 And I had just enough time to slip in one more seminar before heading out.  Dare to Pair: Costieres De Nimes and Charcuterie...a fantastic pairing given by Alex LaPratt whose been sommelier at some incredible restaurants like French Laundry, Jean Georges and Atrium to name just a few.

It was a jam packed three days of exciting culinary displays, great food and wonderful people.  This year's Congress may just be the best one yet...is it time to start getting ready for next year yet?

Christine Taft said…
This event is so awesome. My second year going as well and totally agree it was better than ever. Can't wait for next year!
December 2, 2014 at 6:05 PM